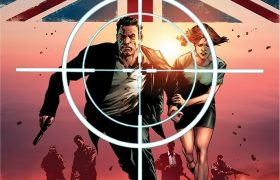 Bond, James Bond is back in a thrilling new case this October, written by television, film, and comics superstar Rodney Barnes (Killadelphia) with artist Antonio Fuso. In JAMES BOND: HIMEROS, Bond must enter the dangerous and sensitive world of sex trafficking. The new series, titled after the Greek god of sexual desire related to Eros (aka […] 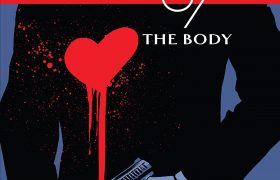 James Bond: The Body Dynamite Entertainment Written by Aleš Kot Art by Luca Casalanguida Antonio Fuso Eoin Marron Hayden Sherman Colors by Valentina Pinto Letters by Thomas Napolitano As Bond undergoes a post-mission medical examination, he relays the story of his previous mission to the examiner. Each cut, bruise, and broken bone connected to a […]

Butterfly #1 (BOOM! / Archaia  – Amel / Bennett / Fuso) Butterfly is one of Project Delta’s deep cover agents, no birth certificate, no social security number, a complete ghost. When her cover is blown and she is set up for a murder she did not commit, she is unknowingly led to her father’s doorstep, […]

There’s nothing like a good spy thriller that explores deeply flawed and morally complex characters. Archaia, an imprint of award-winning publisher BOOM! Studios, is pleased to announce the September debut of Butterfly, a new four-issue series that explores the true nature of people who devote themselves to covert ops and the solitude, deceit, and violence […]