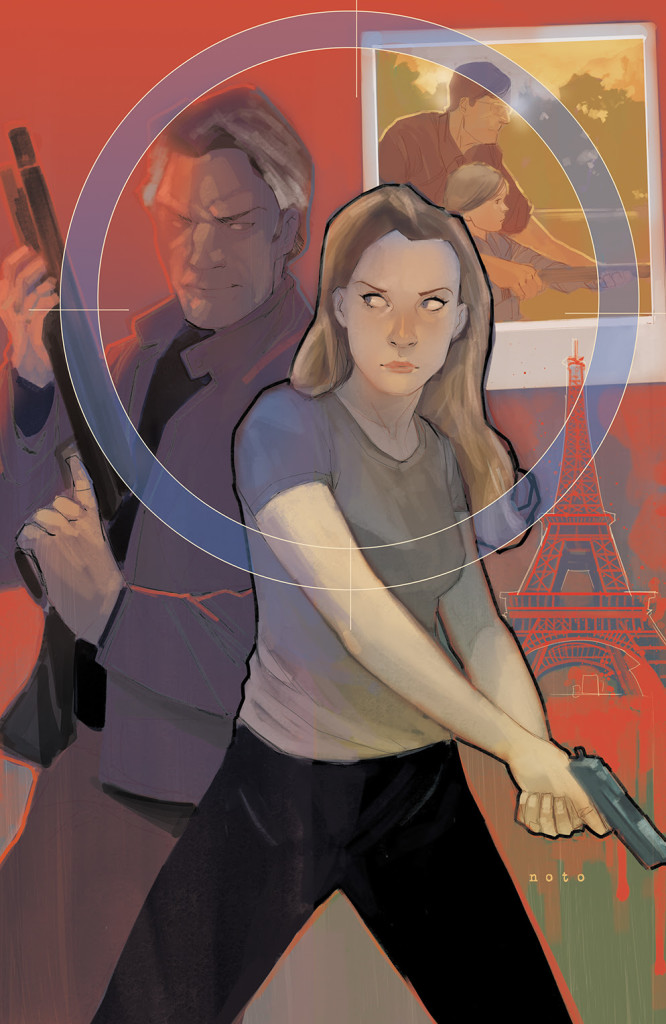 There’s nothing like a good spy thriller that explores deeply flawed and morally complex characters. Archaia, an imprint of award-winning publisher BOOM! Studios, is pleased to announce the September debut of Butterfly, a new four-issue series that explores the true nature of people who devote themselves to covert ops and the solitude, deceit, and violence that comes with that life. Screenwriter Arash Amel (Grace of Monaco, Erased), writer Marguerite Bennett(Sleepy Hollow, Batgirl), and artist Antonio Fuso (G.I. Joe: Cobra) explore the espionage genre and the complexity of family drama within a web of global conspiracy.

“Butterfly lands right in our sweet spot as a publisher,” said BOOM! Studios Editor-in-Chief Matt Gagnon. “The spy genre has always been a favorite of ours and this series stands out as a highlight amongst our work in that field. With Butterfly, we take a look at a father and daughter who are completely estranged due to the toll of the spy lifestyle. What I love most about this series is that Arash and Marguerite have managed to tell a patient story deeply rooted in character and still maintain the intense action of a spy thriller. While reading the first issue some of their small touches reminded of what I love about the work of John le Carré, J.J. Abrams’ Alias, and the Bourne franchise. Antonio Fuso’s stark and stylized art is an incredible compliment to a very promising series.”

Butterfly is one of Project Delta’s deep cover agents—no birth certificate, no social security number, a complete ghost. When her cover is blown and she’s set up for a murder she didn’t commit, she’s unknowingly led to her father’s doorstep, a man she thought died 20 years ago. Codenamed Nightingale, her father was once a member of the very same Project Delta, a spy in the violent aftermath of the Cold War, and believes they are behind her setup. Trained to trust nothing and no one, Butterfly must decide whether to seek answers with the Project, or believe the man who betrayed her years ago.

Archaia’s Butterfly #1 arrives in comic shops on September 24th with a cover price of $3.99 under Diamond order code JUL140987. The issue ships with a card-stock cover byPhil Noto (Black Widow). Not sure where to find your nearest comic retailer? Usecomicshoplocator.com or findacomicshop.com to find one! It’s also available for order directly from boom-studios.com.