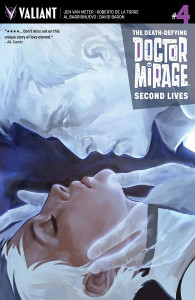 Wrapping up this story arc of Doctor Mirage, Shan and her ghost husband Hwen (only visible and heard by Shan) have been on the trail of sorcerer Denis De Walt. He was accidentally released from a scroll and has been going around taking over living bodies and trapping dead spirits, building up to a gigantic spell that will make him corporeal and unstoppable. Incidentally, this is the same spell that Shan and Hwen have been looking for to give Hwen his body back.
My review of the first issue of this arc ended before Leo went out and hired an actor to replace Hwen in the TV show, so that the show could go back into production. Alex looks a little like Hwen, and together with Leo they hang out at the Mirage house to watch old videos of Hwen on the show before he died. De Walt comes by for a visit, inhabiting the body of occultist Linton March. March is the one who caused Hwen’s death, so no one is happy to see him. He tries to get past their house wards to get the scroll, but Shan and Hwen come home in time. As the couple fight De Walt, he threatens to destroy the souls he’s captured and kill any innocent living person he wants if they don’t help him with his ritual. Hwen enters the scroll in their possession to find a way to defeat De Walt.

This episode opens on the wait and the emergence of Hwen from the scroll. Even leaving the scroll is not guaranteed, and then Shan will have to bring it to the house where De Walt died so that they can defeat him or be defeated once and for all, losing Hwen and a number of other spirits as well. De Walt is strong, and especially in this place, so success is not guaranteed.

Van Meter has given all of the characters, dead or alive, a reason to be there, and she cares about her characters. From the major players to the ghosts that you only see in a few panels, everyone has dimensionality to them.  De la Torre’s artwork celebrates the corporeal and not, and Baron’s colors leave no confusion as to who is who at this cocktail party. Ghosts with antagonistic spirits are red, and Hwen is always bright whether he’s warm or cool. It’s edgy and thoughtful all at the same time, and a pleasure to read.

Really hoping Valiant continues with this title in some form or another. It’s a great series with interesting characters, and the ghost world needs more Doctor Mirage. 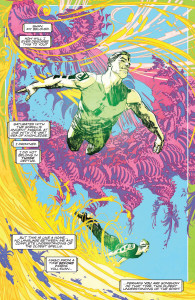 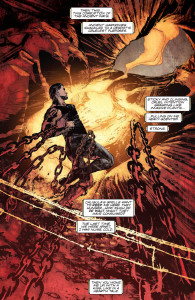 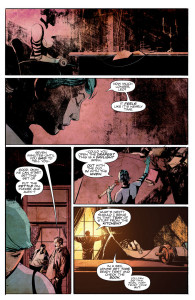 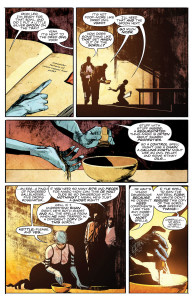 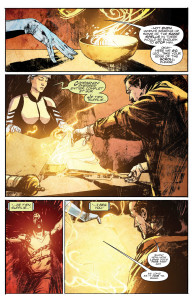 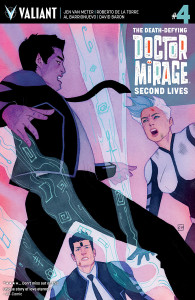 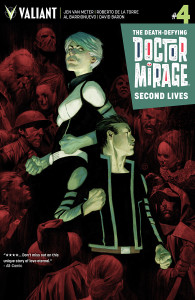 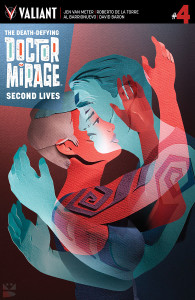