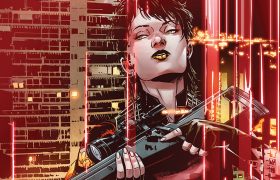 NINJA-K #13 Written by CHRISTOS GAGE Art by ROBERTO DE LA TORRE Colors by JOSÉ VILLARRUBIA Letter by DAVE LANPHEAR Cover A by KANO Cover B VIKTOR KALVACHEV Ninja Programme Variant by MARC LAMING Pre-Order Edition by JIM MAHFOOD Betrayal looms! At long last, Ninjak’s finally got the Dying One in his crosshairs! But as […] 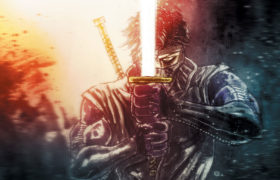 Who is hunting the agents of MI-6’s most elite intelligence unit? Valiant is proud to announce your first look inside NINJA-K #2 – the next daring 40-page mission for the EXPLOSIVE NEW ONGOING SERIES from acclaimed writer Christos Gage (Netflix’s Daredevil) and superstar artist Tomás Giorello (X-O MANOWAR)! On December 20th, Valiant’s next essential series charges […] 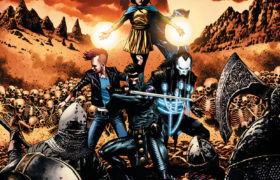 Valiant is proud to present your first inside RAPTURE #2 (of 4) – the next astounding chapter to the summer’s most astonishing standalone event from New York Times best-selling writer Matt Kindt (X-O MANOWAR, Mind MGMT) and explosive artist CAFU (RAI)! On June 22nd, the malevolent biblical force known to the ages as Babel begins […]

A lethal menace has been loosed on the world and everyone – living, dead, or in between – is in harm’s way! Valiant is proud to present an advance preview of THE DEATH-DEFYING DOCTOR MIRAGE: SECOND LIVES #2 (of 4) – the next breathtaking chapter from Eisner Award-nominated writer Jen Van Meter and astonishing artist Roberto […]

THE DEATH-DEFYING DR. MIRAGE #2 (of 5)Written by JEN VAN METERArt by ROBERTO DE LA TORRECover by TRAVEL FOREMAN (AUG141728)Descent and peril!Leaving her mortal body in deadly danger, the spirit of Dr. Mirage is about to enter the afterlife’s web of worlds, and begin the fight to win back a partner she thought she’d lost […]