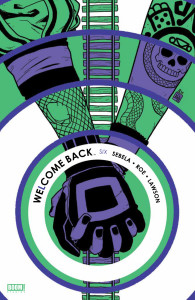 Let me bring you up to speed – Mali thought she was a normal girl until just recently, when she was “awakened” and remembered that she’s a soldier in an ages-old war. She’s been born and reborn for thousands of years, and every time she kills her opposite number or is killed by them. Then they are reborn and the pattern repeats itself. At some point in her past lives, Mali and her opposite number (now known as Tessa) fell in love and lost interest in continuing this war. They are aided by Mali’s onetime stepfather, who let her be Mali for as long as he could before taking out HIS opposite number and being reborn as a little girl named Lorena. In issue #5, Lorena tried to find the runaway soldiers. This is what happened while Lorena searched.

I didn’t warm to Sebela’s story at first because for all the action it was a slow burn of a story. Now that I’m up to speed, I think this is brilliant. Who better to protest war than two who have known nothing BUT war? And who better to make every moment count than two lovers who will die over and over again killing each other?

The art by Claire Roe is equal parts beautiful, action-packed, violent and sexy. You get from the facial expressions that the girls are best friends and loving and dangerous. Even sitting and talking, there is motion in a head tilt or a hand gesture. Lawson’s vivid colors highlight the fast and vibrant life every sequential involved in this war leads, carmine battle scenes and all.

The hearsay is that this will end in a few issues, and I hope it’s wrong. This story is just getting started, and deserves to be completed. 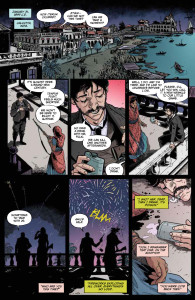 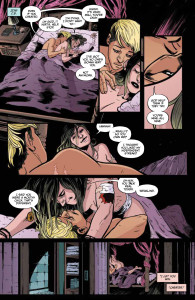 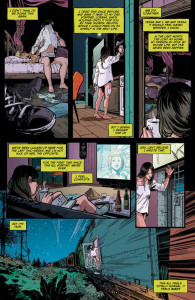 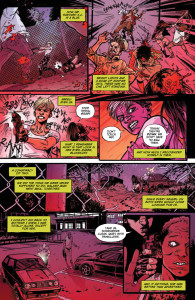 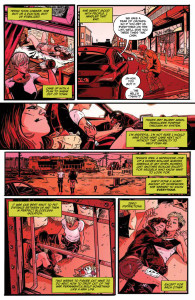