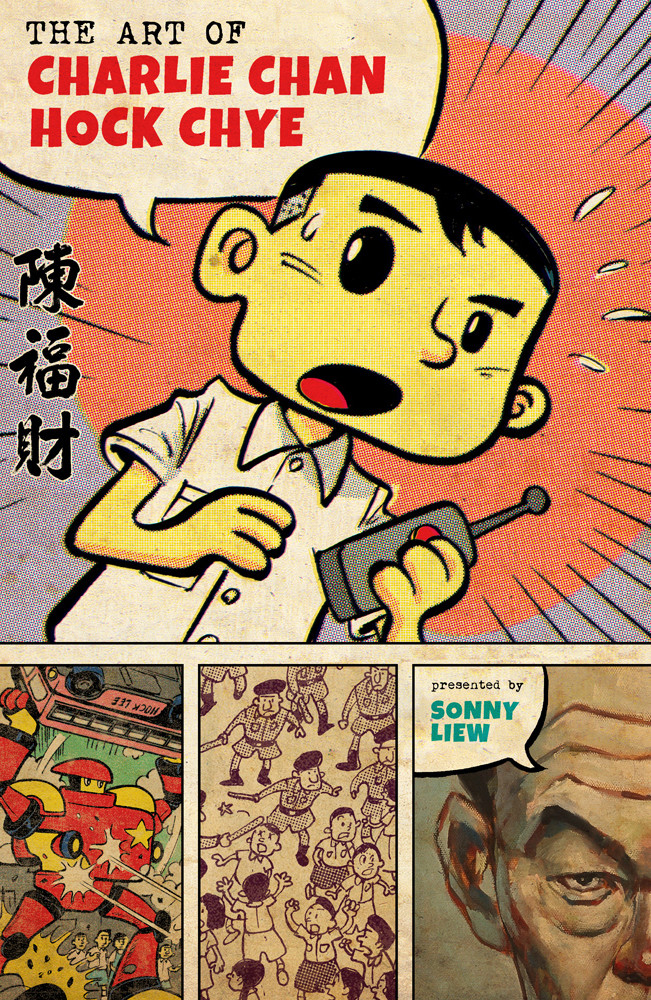 As described in the synopsis by Epigram Books: “The Art of Charlie Chan Hock Chye is a biography showcasing the life and work of Chan Hock Chye, a pioneering but largely forgotten comics artist in Singapore. With a career spanning more than five decades, from pre-independent Singapore through its three Prime Ministers, Chan’s work reflects the changing political and economic environment in Singapore.

Containing Chan’s original illustrations, paintings and sketches, this is a groundbreaking work and labour of love aimed at recapturing the portrait of an artist, whose deep passion for comics and country is given a fitting tribute by award-winning comics artist Sonny Liew.”

It is not often that a review confounds me. Typically, one facet will leap out at me as the logical starting point: the aesthetic, the tone, the narrative, or any number of other potential factors will make themselves prominently known as an easy starting point. From cover to cover, this book is an epic, and endlessly ambitious by definition.

At the core of it all is a story of an artist’s career as it spans decades of Singapore’s history, refusing to shy away from points that conflicted with the interests of Singapore’s arts council. This is a story is so painfully insightful and honest, and unwilling to turn a blind eye to the reality of the society that it presents itself as  part of, that a switch flipped. The Singapore arts council waffled from embracing it, to suddenly withdrawing a publishing grant entirely.

The format itself is highly engaging, leap-frogging between distinct art styles and formatting tones so as to seemingly simulate a career as it grows and evolves like many artists are apt to do. Beyond simulating this effect capably, it truly displays the versatility of Sonny Liew as a creator. Beyond the core of the narrative, I found myself enthralled in seeing the life of an artist presented in such a way as to really feel the plight of a creator. It’s so rare that a book can have such incredible art, in such diversity of format that the nuances of a story with the gravity that this book carries can shine through past all of the “eye candy” in such a profound way.

The Art of Charlie Chan Hock Chye is presented like a love letter from one creator to another, displaying such a deep appreciation of the value of a life’s work and the significance of perseverance through troubled times that you cannot help but be drawn in yourself.

My recommendation? This is a book that all writers, artists, and fans of comics and history alike need. It’s the kind of book that begs to be displayed proudly on a shelf: It’s as eye-catching as it is engaging.