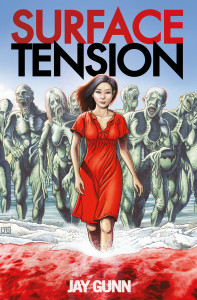 Months after mysterious corals drew 99% of humanity into the sea, a band of survivors ekes out a hollow existence on a remote British island. When two people are cast up on the beach, completely blue, but very much alive, the island is thrown into turmoil.

What caused the mass extinction event? How did these two return from the deep, when billions died? Most importantly, what is the coral, and what does it want with the Earth? The creeping, psychological horror fable that became a critical hit, the complete Surface Tension saga, finally collected!

Released serially in 2015, Surface Tension is a sci-fi horror mystery story full of alien sea monsters and beauty. Two people, thought to be lost over a year ago when most of the population of this island got “sea sickness” and walked into the ocean, suddenly walk out sporting blue skin and memory loss. What comes out as they slowly recall the days missing from memory is a complex and imaginative story, not just about the inhabitants of the island of Breith, but the world as a whole with a lot fewer people on it. Suddenly there is almost no technology, and people have to rely on the community for survival. What would you do if most of your family suddenly turned to watery blobs and headed for the ocean? How does a community with just a few people pull back together? The living, breathing people who inhabit each page do their best to answer those questions.

The art accompanying this story is detailed and beautifully rendered, whether it’s average people just talking in various locations or gorgeous alien life swimming in the ocean. The colors have the vividness of a healthy natural world. Even the monsters are vibrantly stunning in all their destructive glory. There’s one page that is vignettes of someone’s memory, and a graphic of fish that, if I were telling the story, would just be filler. I want those fish framed on my wall. There are just so many great artistic moments, and it’s like finding diamonds in a bag of pearls.

Jay Gunn is all kinds of crazy talented, and this is a wonderfully told story. While Surface Tension could come across as a preachy eco-fable, the story is told in such a way that you just accept what we’ve done to the planet as fact and rejoice in its renewal. Hope to see more from him in the future, although this would be enough of a legacy if he never wanted to do anything else. 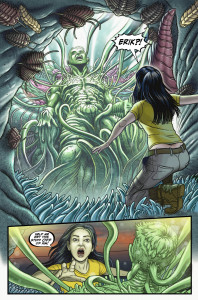 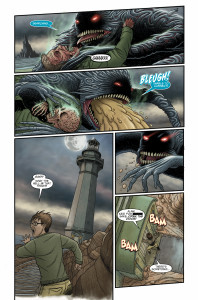 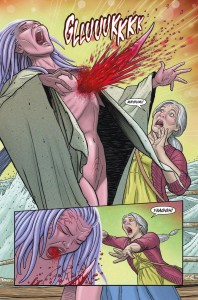 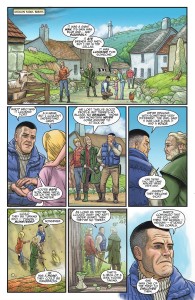