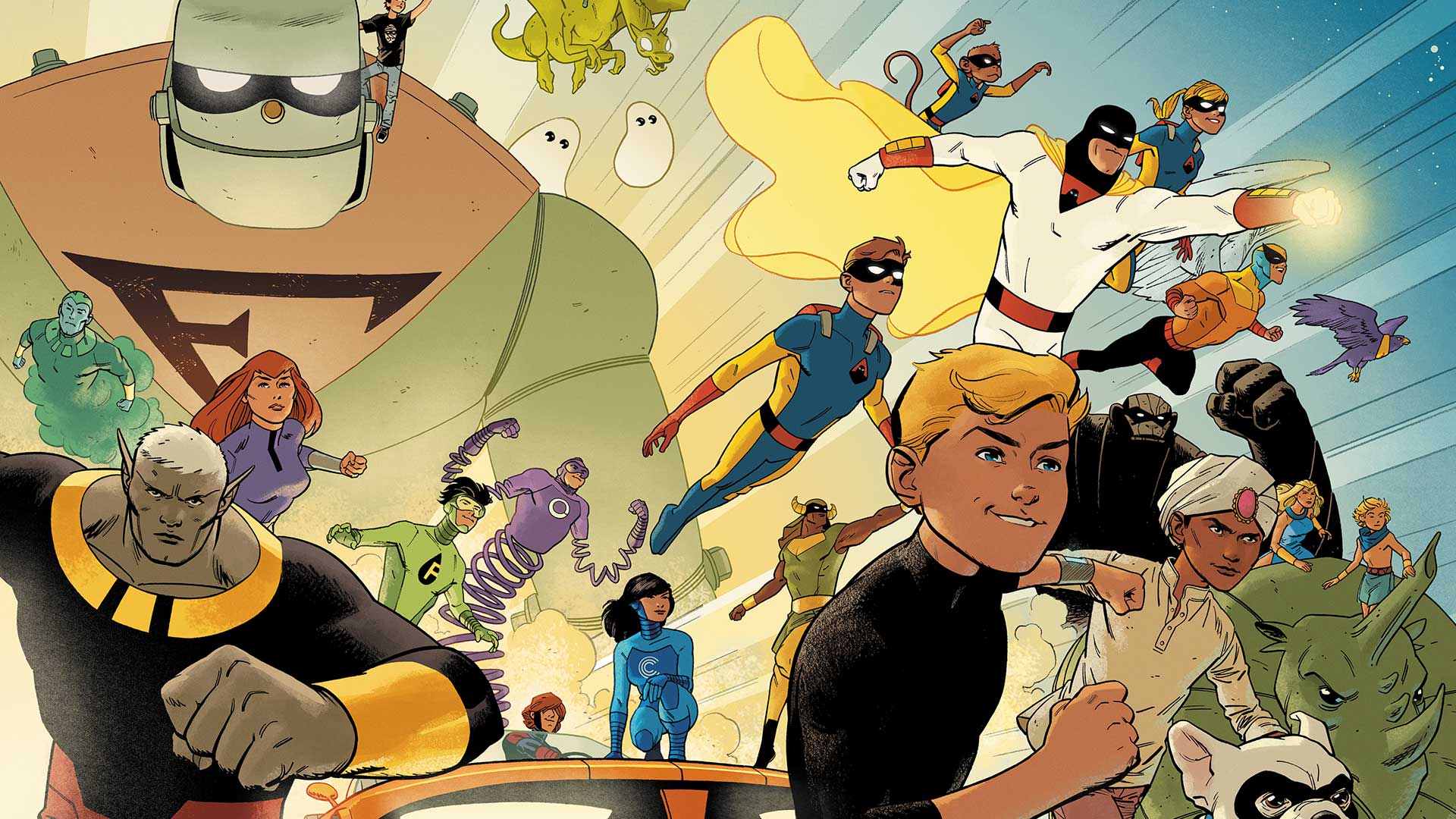 Future Quest #1 DC Comics Written by Jeff Parker Art by Evan “Doc” Shaner, Steve “The Dude” Rude Colors by Jordie Bellaire When the adventurous and inquisitive Jonny Quest and his adoptive brother Hadji make a startling discovery in the swamplands of Florida, they are pulled into an epic struggle between the Space Rangers and […]

It would seem that DC wants to ride on the coat tails of the phenomenal new Archie revival! From our friends at PreviewsWorld “From the town of Bedrock, they’re a page right out of history…” Writer Mark Russell (Prez) and artist Steve Pugh will bring readers their version of Fred, Wilma, Barney, Betty, Pebbles and […]

Tuesday, BOOM! Box, an imprint of BOOM! Studios, and DC Comics announced a Lumberjanes Gotham Academy crossover limited series, debuting in June. The announcement was made on The Village Voice. The six-issue series will be written by Chynna Clugston-Flores (Blue Monday) and illustrated by Rosemary Valero-O’Connell (Lumberjanes). The main cover, revealed today, is illustrated by […]

Swamp Thing #1 (of 6) Writing: Len Wein Art: Kelley Jones Colors: Michelle Madsen Lettering: Rob Leigh Publisher: DC Comics Available now For those of you who are big Swamp Thing fans, this book is a return to what you want from your Swamp Thing. Written by creator Len Wein, who picks up aspects of […]

All Star Comics #1 (May 1999) Return with us to the turning point of the 20th century, World War II, when fascist oppression threatened the globe and the cause of liberty was championed by the original, greatest super-team – the Justice Society of America! In the war’s final days, a group of seven spies attempts […]