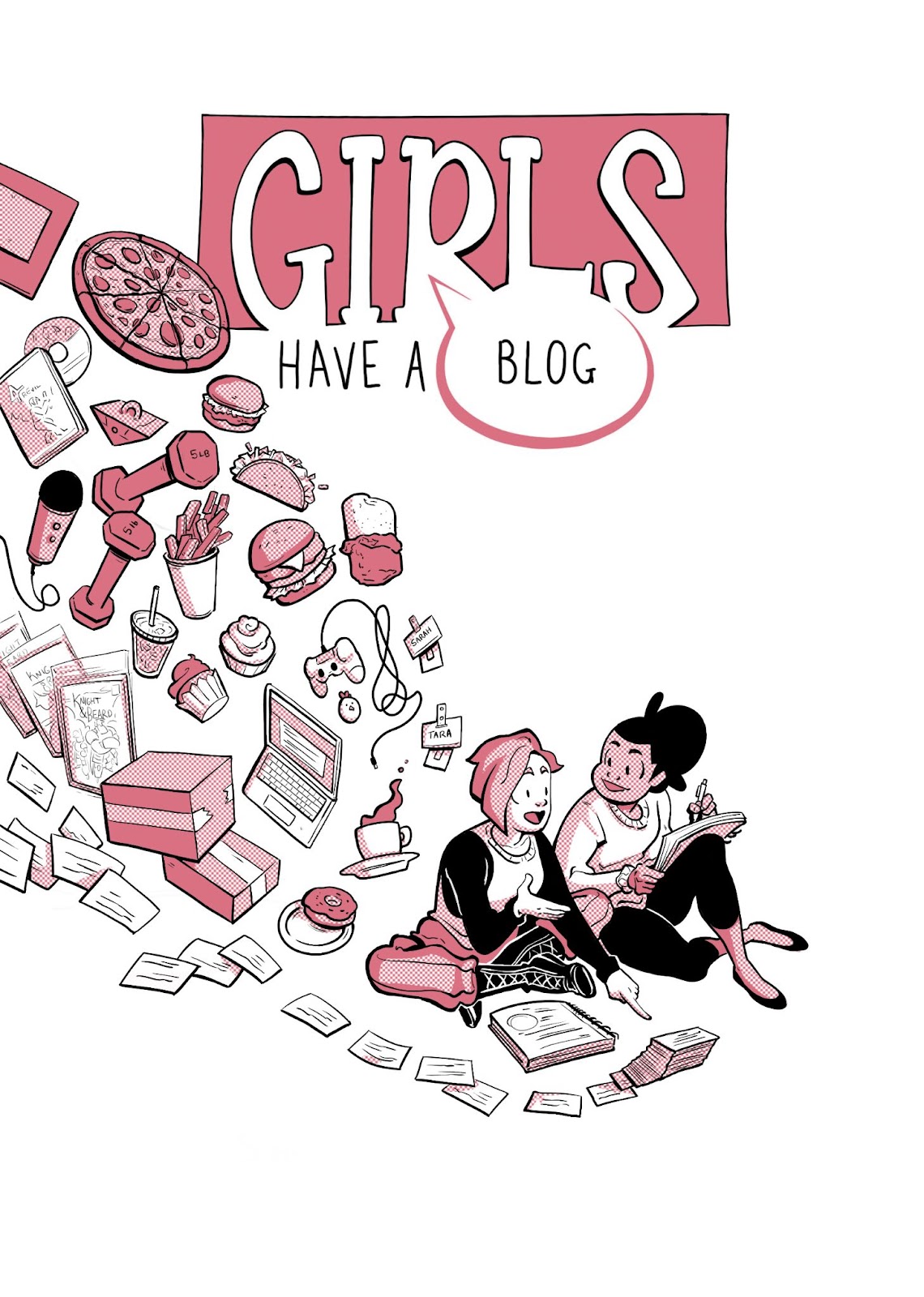 The ultimate collection of the hit webcomic!

In 2013, Sarah Bollinger and Tara Kurtzhals laid on the floor in their college dorm talking about their future as comic book artists.They were a living breathing buddy comedy, Sarah the outwardly calm and put together one, and Tara the enthusiastic and overconfident one. They thought they were hilarious. So funny, in fact, that they had enough material to create their very own slice-of-life comic.

In 2015, Girls Have A Blog launched on Tumblr, and other people found them funny too.

It’s hard to describe their friendship in a few paragraphs, which is why they made 167 comic strips that spanned over six years of their lives.

Girls Have A Blog is so many things: it’s a love letter to friendship, a look at the mess of early adulthood, and an archive of the struggles of surviving as comic book artists.

For the first time ever, Girls Have A Blog is coming to print in 2 editions – The Complete Edition (softcover) and The Signature Edition which is a deluxe hardcover, each collecting all iterations of GHAB from the past 6 years of the original webcomic, the webtoon series, and the Patreon series into a massive 300+ page tome. 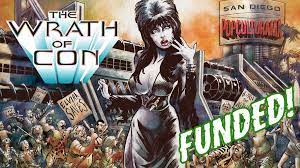 A brand new story spun by the Mistress of the Dark herself!

Haven’t you always wanted to go to Comic Con with Elvira? Elvira is the Guest of Horror, and an army of angry maniacs want her beautiful head on a platter! Join the Mistress of the Dark for a fun-filled weekend in San Diego, with all the usual stuff… loyal fans, amazing cosplay, celebrity sightings… and ritual cult murder. 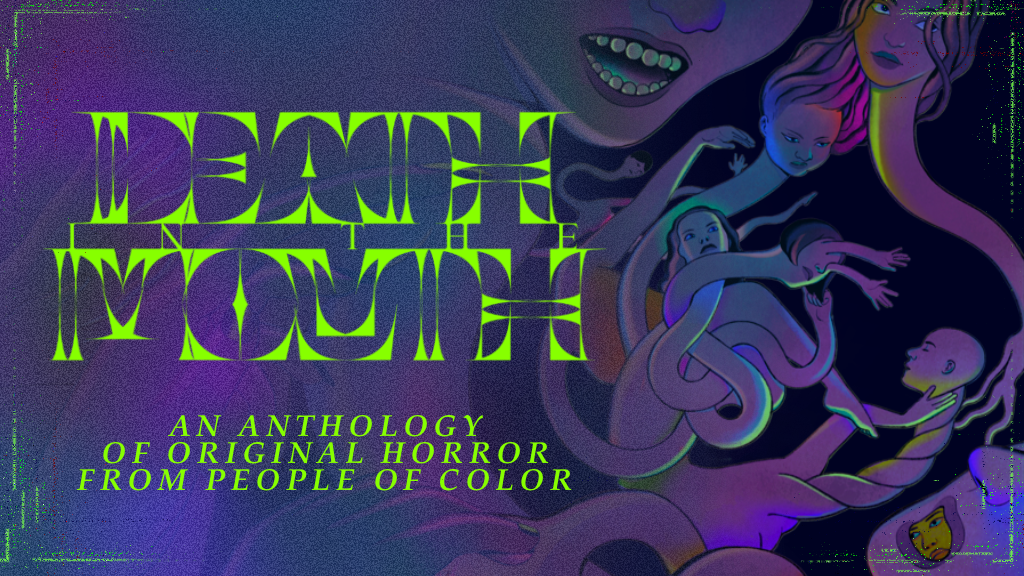 A collection of short horror fiction and illustrations from storytellers of color from around the world.

Death in the Mouth is a horror anthology showcasing BIPOC and other ethnically marginalized writers and artists. It will feature twenty prose stories spanning from the distant past to the far future, real and fictive worlds, all while exploring new and unique manifestations of horror. Each story will be accompanied by an original black and white illustration by a unique artist. 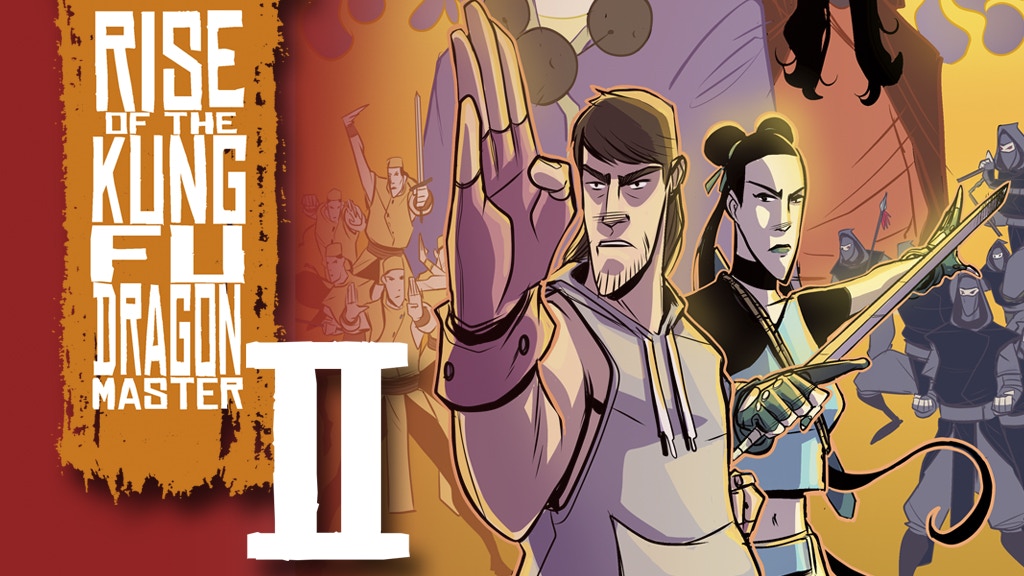 When we left Rick, a small-time crook in Los Angeles, he was on his way to becoming an unlikely hero in the mystical battle between good and evil which has been fought since the days of Ancient China. Rick is an angry, unfocused fight club member who is barely equipped to deal with…well…anything. Inspired by ’80s action, martial arts, comedy, and buddy movies, this book is a culmination of all those things and more, like our human connections and the damage violence and anger can bring. But there are still plenty of epic fights, magic, monsters, dragons, and jokes about entitlement. 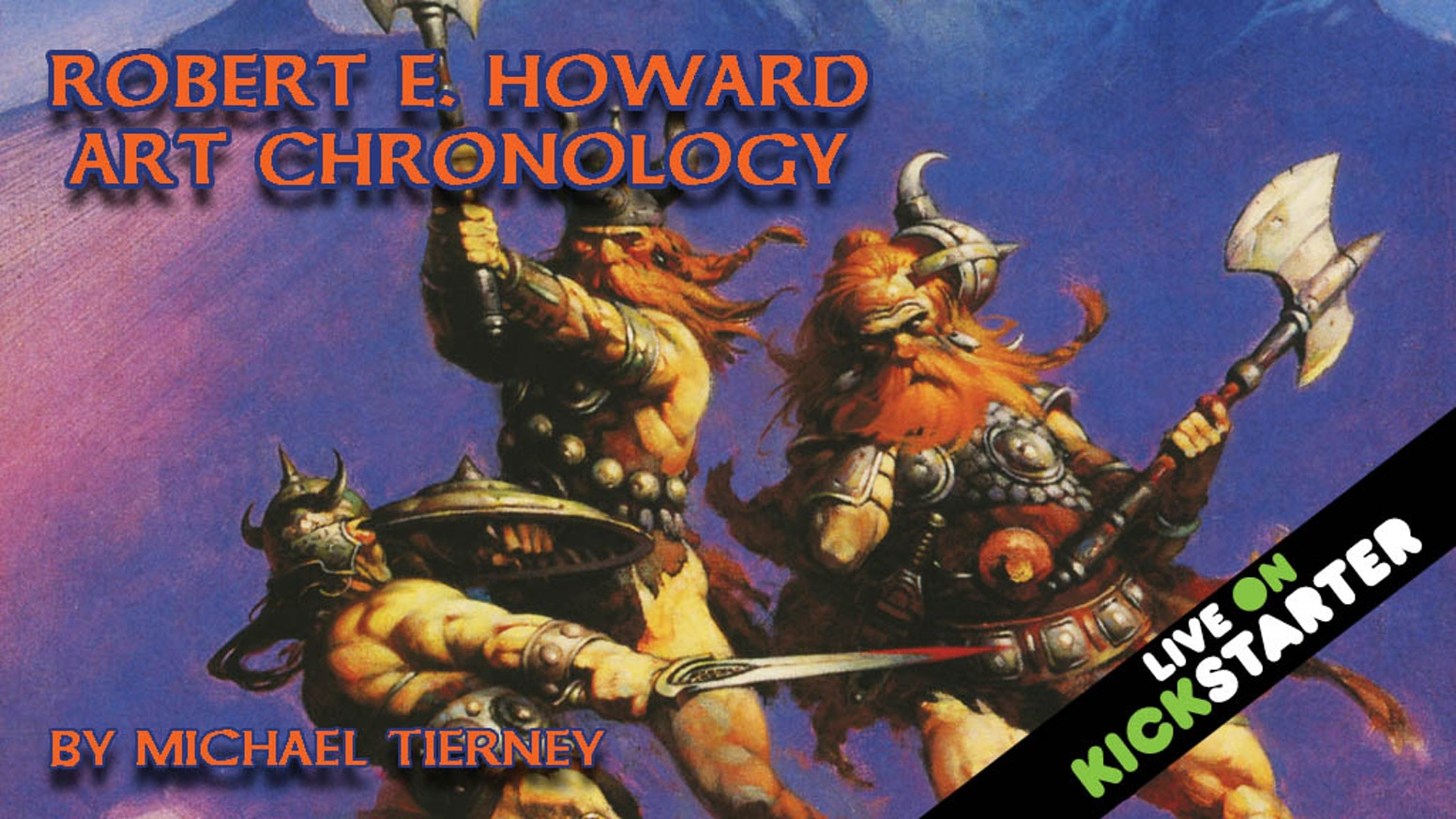 Officially licensed and sanctioned by Robert E. Howard Properties LLC, Inc., this nearly 1,500 page, 5,000 image examination of the vast publishing illustrated history of Robert E. Howard is divided into four parts: Vol. 1 The Pulps, Vol. 2 The Books, Vols. 3 & 4 The Comics.  This project is as much a narrative history of REH’s publications as it is a visual history. Michael Tierney, the author, has combed the archives and gathered together a vast treasure trove of art, from pulp covers to interior art, from novels that range on both sides of the Atlantic to the vast array of comic books that sported REH’s amazing creations. He’s taken these and woven them into a discussion that explores the many facets of the various industries and Howard’s place within them. 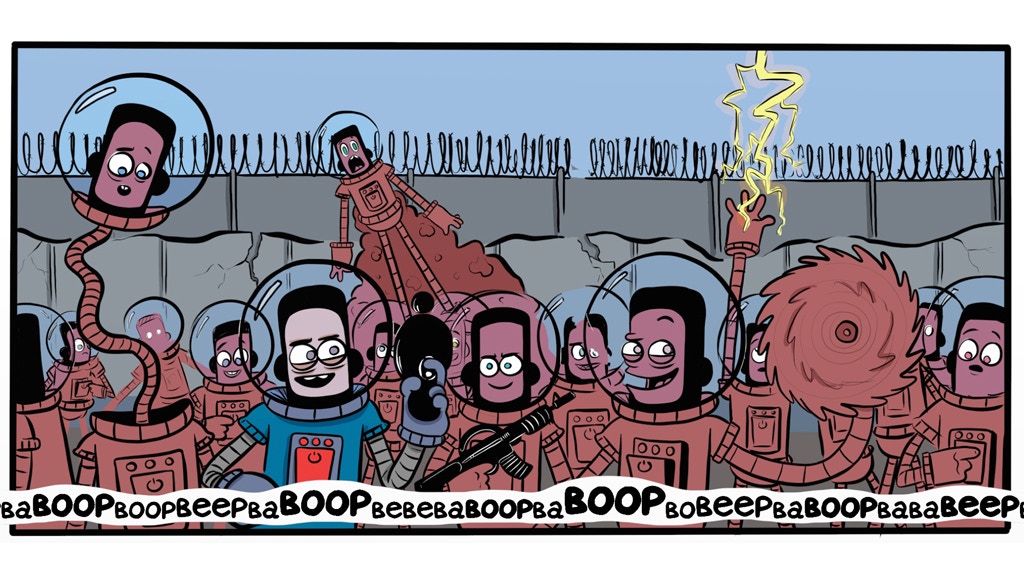 Jack is a test pilot for the experimental Singularity Drive program. After sending a duplicate version of himself and his ship to multiple galaxies in the universe, the drive scattered across space. Now he must reassemble the lost pieces before the drive re-activates to send him home. 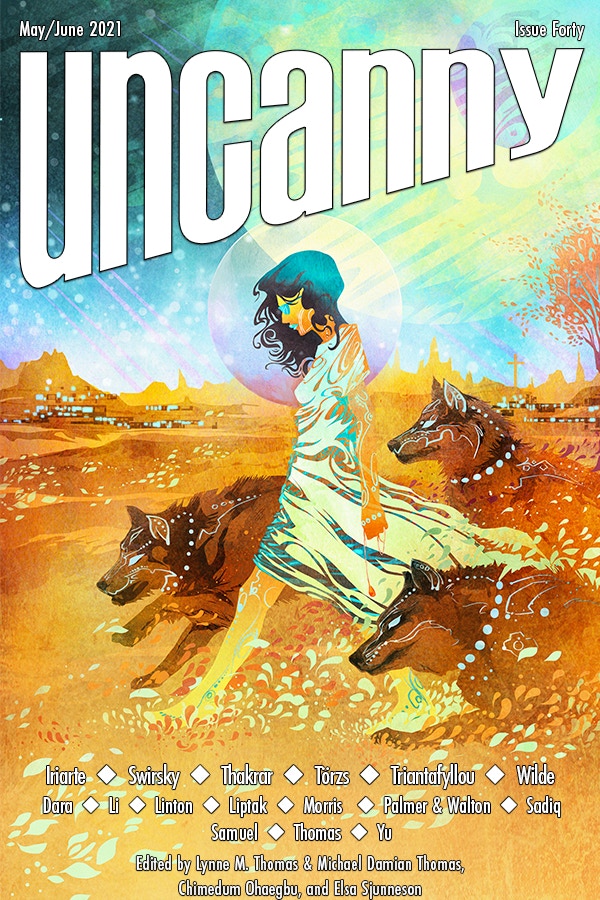 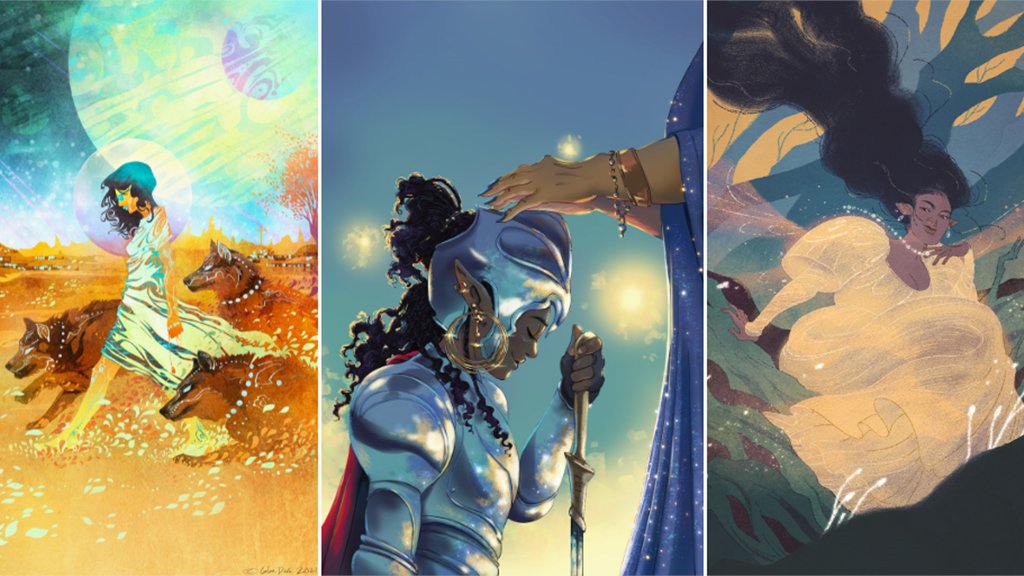 Stories from Uncanny Magazine have been finalists or winners of Hugo, Nebula, Locus, and World Fantasy Awards. The Space Unicorn Ranger Corps, our name for the Uncanny Magazine community, has made it possible for our remarkable staff and contributors to create this wonderful art for all of our readers. We have put together a fabulous lineup of solicited contributors for Year Eight, including Maurice Broaddus, Maureen McHugh, Javier Grillo-Marxuach, Greg Pak, and many, many more.