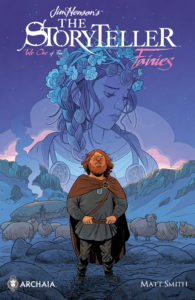 A gift from a dark and terrible fairyland

There was a lot going against Jim Henson’s Storyteller when it was on the television in 1987 and 88. Henson was trying to branch out from the perception he was a comedy act. He wanted to do serious work, too. And so he did what many comedy artists do when faced with a desire to be taken seriously; he created, and executive produced, a painfully British anthology program that retold obscure European folklore.

Henson nerds loved it. Myth and storytelling nerds loved it. Mainstream American television viewers in 1987 were like, “Yeah. It’s artsy. We get it.” They got their puppet fix from “ALF” instead.

We’re on to you, late 1980’s America. You act all classy, but you’re not; you gave a low-brow, cat-eating Melmacian his highest rated season the same year you could have been watching “The Storyteller.”

Storyteller, for what it’s worth, won at least one Emmy for “Outstanding Children’s Programming” and was nominated a total of three times over the course of the series.

Suck on that, Paul Fusco.

So, as a youngster in the late 1980’s, there was this allure to “The Storyteller.” It was supposed to be smart. But it was bundled in with this variety hour thing, and the tone was all wrong for its timeslot, and, well, it wasn’t comedy.

In the intervening years, The Storyteller has reclaimed some of its luster, thanks to fandom as well as the general disambiguation of video content. (I can’t help but wonder sometimes what kind of freedom Henson would have enjoyed in today’s post-Netflix production environment.)

Anyway, this brings us to “Jim Henson’s Storyteller: Fairies.”

Arachia has done excellent service to Henson’s licensed properties over the years, and “Fairies” continues that service.

The story, art, direction, tone, and subject matter of “Fairies” is as well executed as the license demands; it’s handled with respect and love.

Shoutout to writer/artist Matt Smith: This is good stuff. The thick and deliberate art style complements the source material well. What else would you expect from an author of Viking poetry?

Three more books are coming out in the Storyteller: Fairies series. Issue 1 sets a high bar. 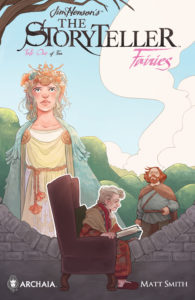 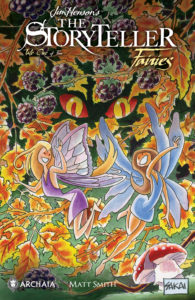 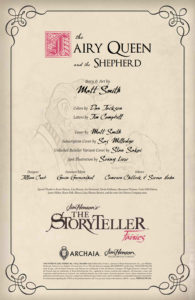 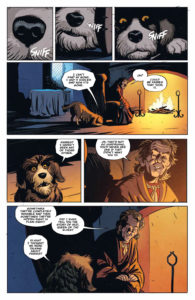 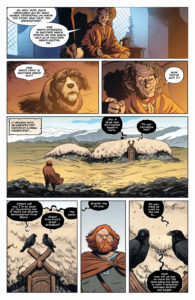 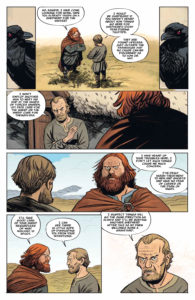 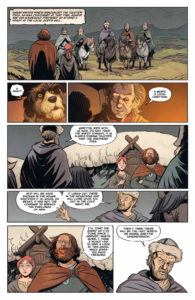 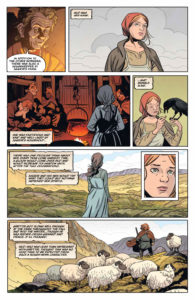