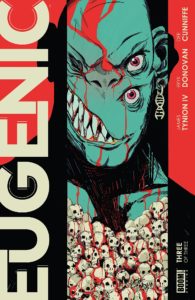 From the GLAAD Award-nominated team James Tynion IV (Dark Nights: The Casting, Detective Comics) and Eryk Donovan (Constantine: The Hellblazer) comes a new vision of humanity’s future in the vein of Black Mirror.

When a plague ravages the world, one scientist discovers the cure and becomes the savior of mankind. Hope is restored, and the world rebuilds. But then people who took the cure begin having children who are… unnatural, and the definition of “normal” is forever altered.
———-

In the year 2023 the Mississippi Delta Virus (MDV) swept across the globe, killing over seven-hundred million people. The world’s greatest and brightest spend years searching for a cure, and over the course of a decade it was estimated that sixty percent of the world’s populace was either an infected carrier or a dying victim of the disease. Everything changed when, in 2035, thirty-three year old geneticist Dr. Cyrus Crane (from Madison, Wisconsin… go, Cheeseheads!) developed the miracle humanity needed. Mass produced and globally distributed by pharmaceutical company Gonring-Cole, the vaccine had a one-hundred percent success rate. No more victims of MDV, and the world breathed a sigh of relief.

But Cyrus Crane is only part of the story, not the end and certainly not the saint many thought he would be. His vaccine eliminated the Mississippi Delta Virus, however reports started flowing as all babies born to inoculated parents were coming into the world with hideous, uncategorized birth defects. Dr. Crane maintained that these birth defects were not the result of unforeseen side-effects of his vaccine. He also insisted that the defects shouldn’t be viewed as something horrific, but as a miracle. Remember, just a short while ago the human race was on the verge of extinction, but was now ready to move forward. To re-populate the world with new insights, old viewpoints would have to be left behind.

Eugenic is a three part mini-series from James Tynion IV & Eryk Donovan, the team who brought previous entries Memetic and Cognetic into the world. With this final three-issue run, their Apocalyptic trilogy is complete. While I can’t say that Eugenic was an altogether easy read, more than likely the intent of its creators to begin with, I can say that it was a bit of an psychological ride. As a social commentary, Eugenic did something that few other books can or will do… instead of looking to lay blame on any one social demographic or group, it opens the window to consider the flaws in society as a whole. Instead of leaving Eugenic to stand as a finger of blame, Tynion & Donovan have used the comicbook medium to point out that (I’m paraphrasing here…) We all deserve a better future, but if we don’t take the effort to achieve it together, then we really don’t deserve it.

James Tynion IV has come up with some gems, working not only with independent publishers like Boom!, but also putting out some great work for DC Comics on Batman. More than that, he might just be responsible for what could very well be my favorite crossover title to date, the pure entertainment that is Batman/Teenage Mutant Ninja Turtles! Don’t snicker, give it a look and you’ll see what I’m talking about… it’s gold, man! Anyway, I digress. In the Eugenic, Tynion’s characters aren’t simple caricatures of literary tropes, no single person wholly embodying the role of protagonist or antagonist. Instead, he creates people who ring a little closer to the Truth to me; that solutions are rarely found at either end of any debate or dispute but closer to the center. He does it in a way that challenges a reader to get past the discomfort of the parts that bother their personal perspective, to see that no single viewpoint is solely right or wrong, that it takes two sides of an issue to acknowledge that the solution often depends on both acting together. Compromise… Cooperation… not just pretty words, hey?

Now it has to be acknowledged that the fine words put to paper by the most prolific of writers can only be aided in their task by an artist who can capture their intent without flinching away from the grotesque. Take the plunge and read through Eugenic’s three issue run, and you’ll see that Eryk Donovan could very well be that guy. His images, often disturbing, embrace the ugly truths laid out, giving Tynion’s scripts form and visual context. In the first issue, we see society more or less as it is today, full of conflict and opposing viewpoints shouting at each other from either side of a conflict (pick one). The second issue, set two hundred years later, introduces the possibilities attained in a world without moral compromise. The third and final issue, yet another two hundred years down the road, finds a world that’s forgotten its mistakes and has once again convinced itself that everything is awesome.

In the end, Eugenic is a trip… I’m not saying that it’s a trip to be enjoyed by everyone, but it’s a story that might make you challenge perceptions. During my time with the title, admittedly short as I burned through all three issues in one sitting, I caught myself tipping back and forth in my opinion of it. Just when I thought I had figured out the book’s angle and was about to walk away, the story turned on me and kept me reading. In an industry populated to bursting with heroes, caped icons of steadfast virtue battling against the foes of all that is Good, Eugenics takes a chance and tries to convey questions with no clear cut answers.

All I can say is that I’m glad I kept reading… which is, in the end, what any creative team worthy of the descriptor is hoping to accomplish. 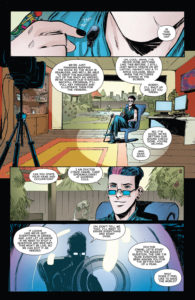 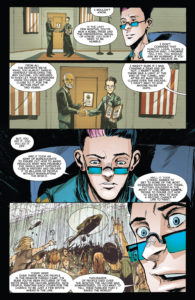 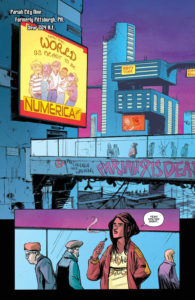 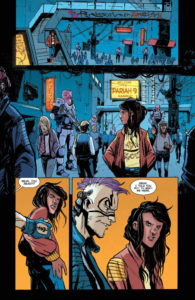 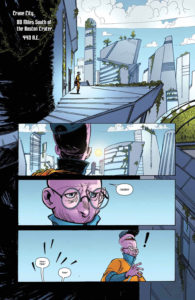 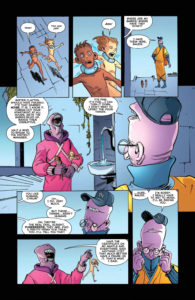 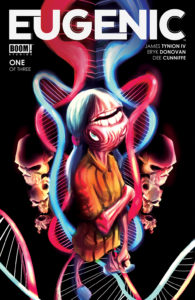 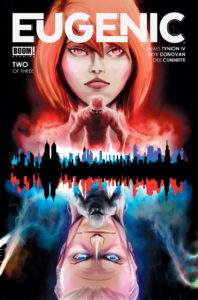 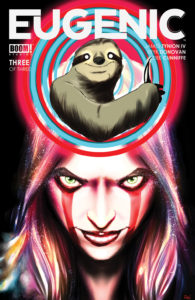