The Rebellion comes to Marvel Comics this spring as one of the biggest films of 2016 becomes one of the biggest comics of 2017! Today, Marvel is pleased to present your first look inside the STAR WARS: ROGUE ONE ADAPTATION #1 – the new series available wherever comics are sold on April 5th! Written by Jody Houser (Max Ride) with art by Emilio Laiso (Star Wars Annual) and Oscar Bazaldua (Gwenpool Holiday Special) , join the harrowing group of Rebels as they embark on a life or death mission to save the galaxy!

All appears lost in the fight against the tyrannical Galactic Empire. The Rebellion has discovered the existence of the Empire’s ultimate super-weapon. The Death Star. With the power to wipe planets from existence, the Death Star’s existence spells doom for those seeking freedom. All hope now lies in the hands of new heroes Jyn Erso and Cassian Andor. Their last ditch gambit to steal the Death Star plans are all that stands in the Empire’s way!

Plus – this 6-issue adaptation of the blockbuster film is set to feature story material not seen on the big screen!

The film that took the world by storm jumps from the silver screen to the comic page! Straight from a galaxy far, far away to your local comic shop, don’t miss STAR WARS: ROGUE ONE ADAPTATION #1 – on sale April 5th! 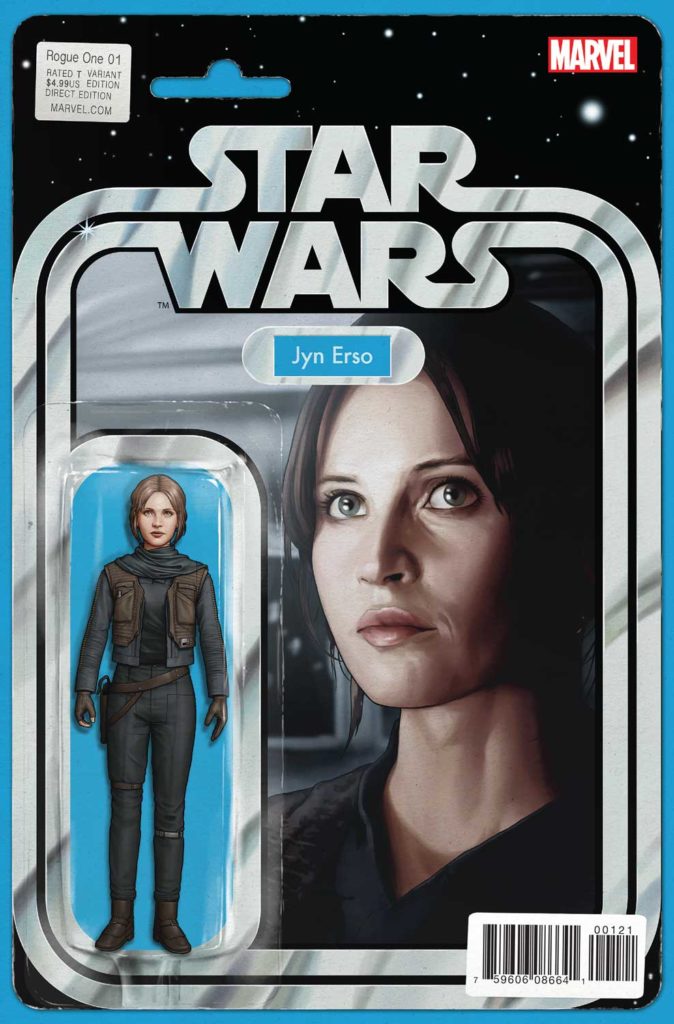 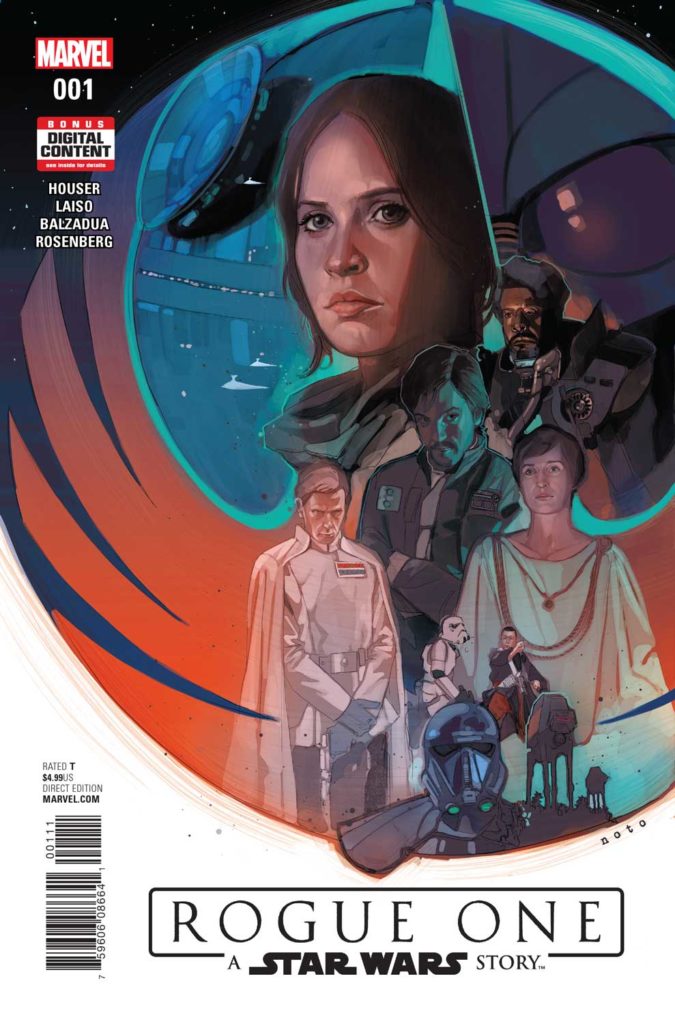 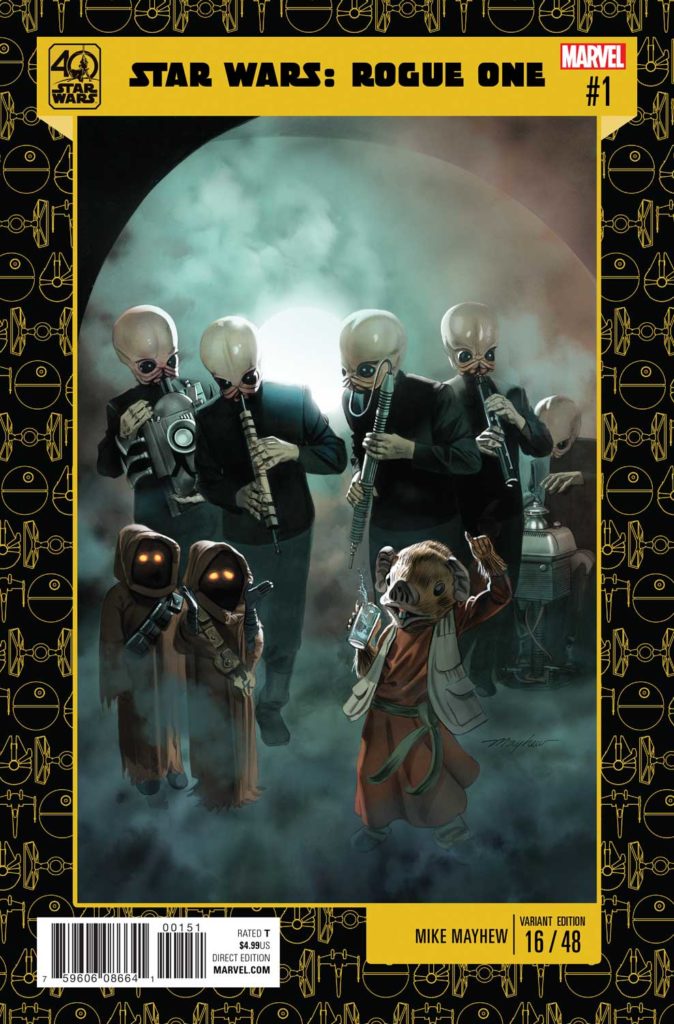 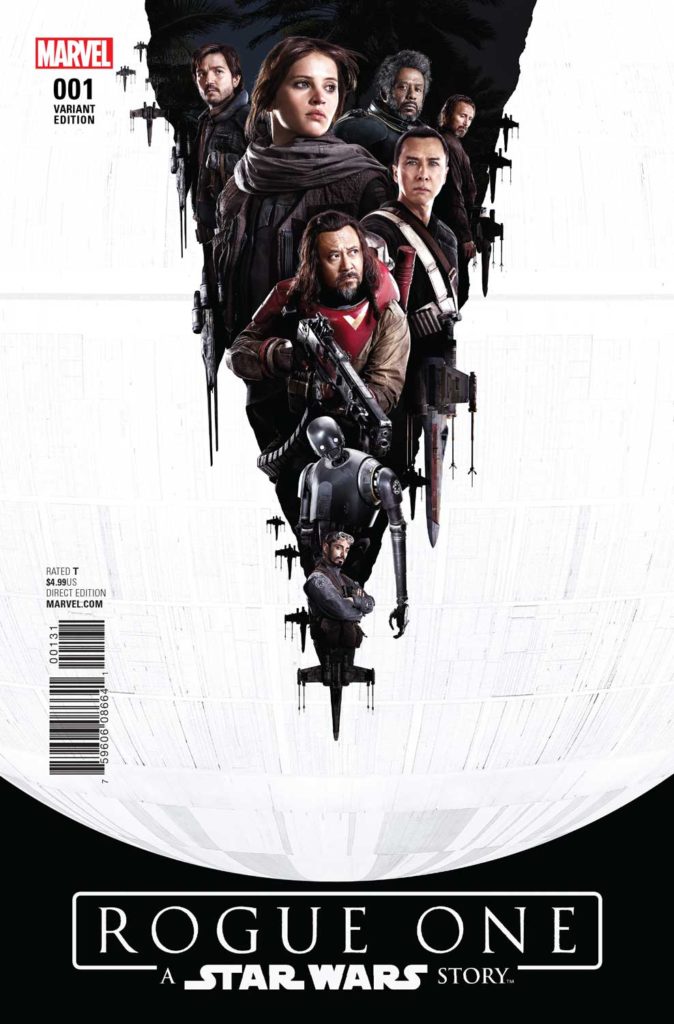 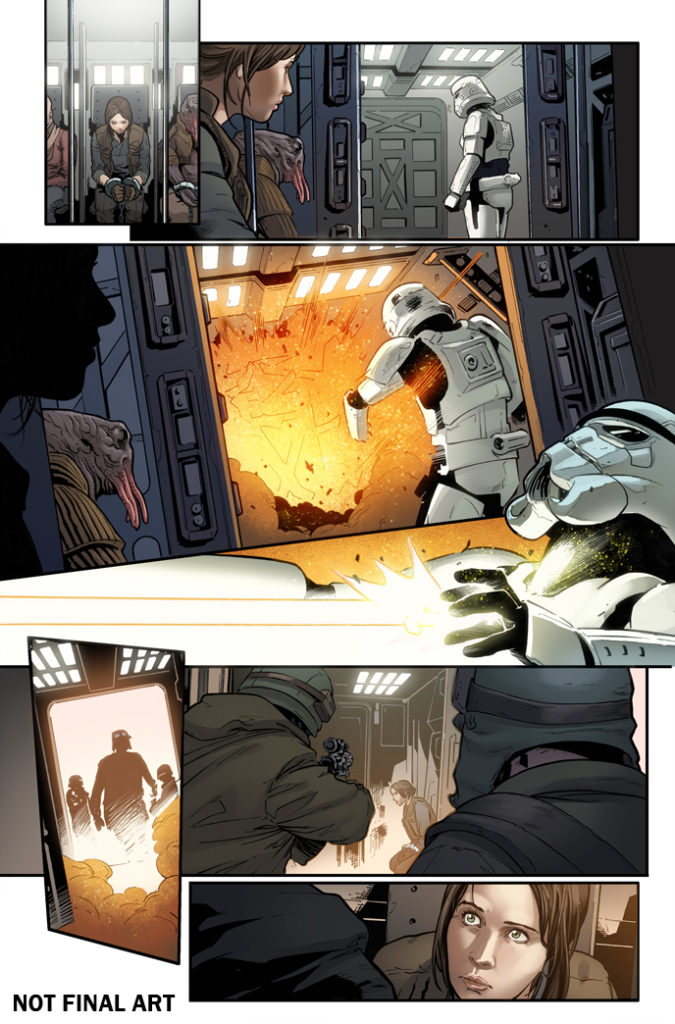 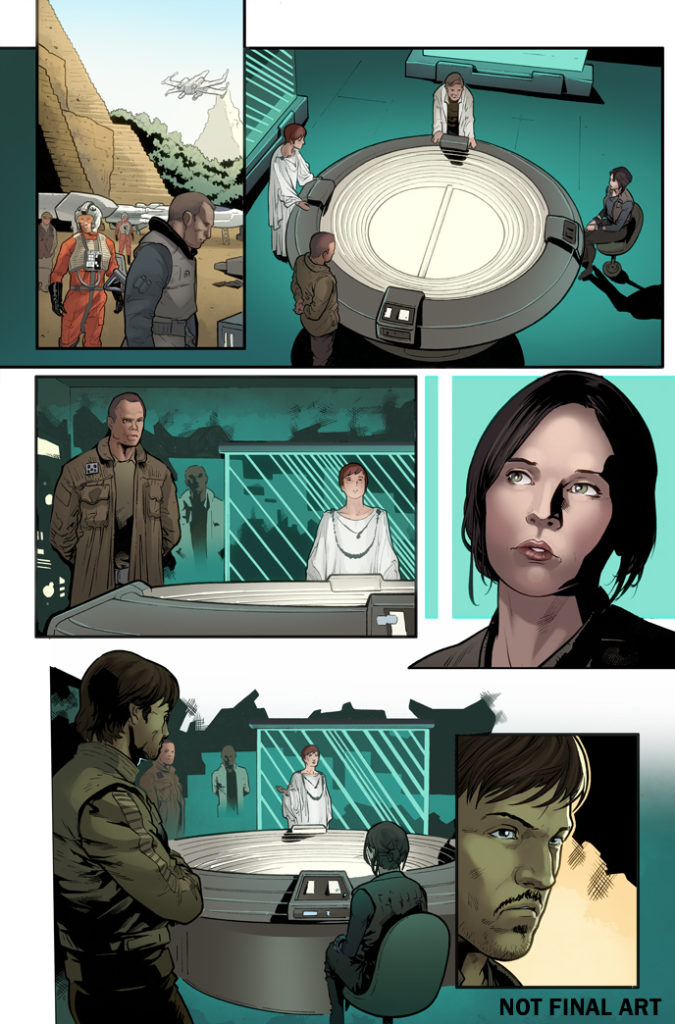 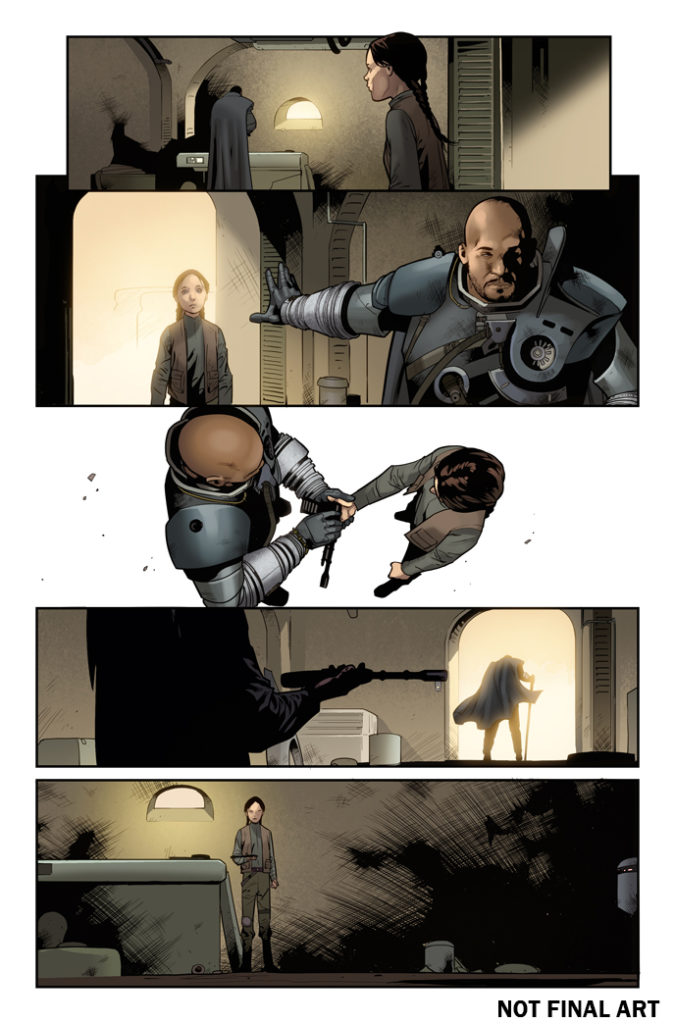 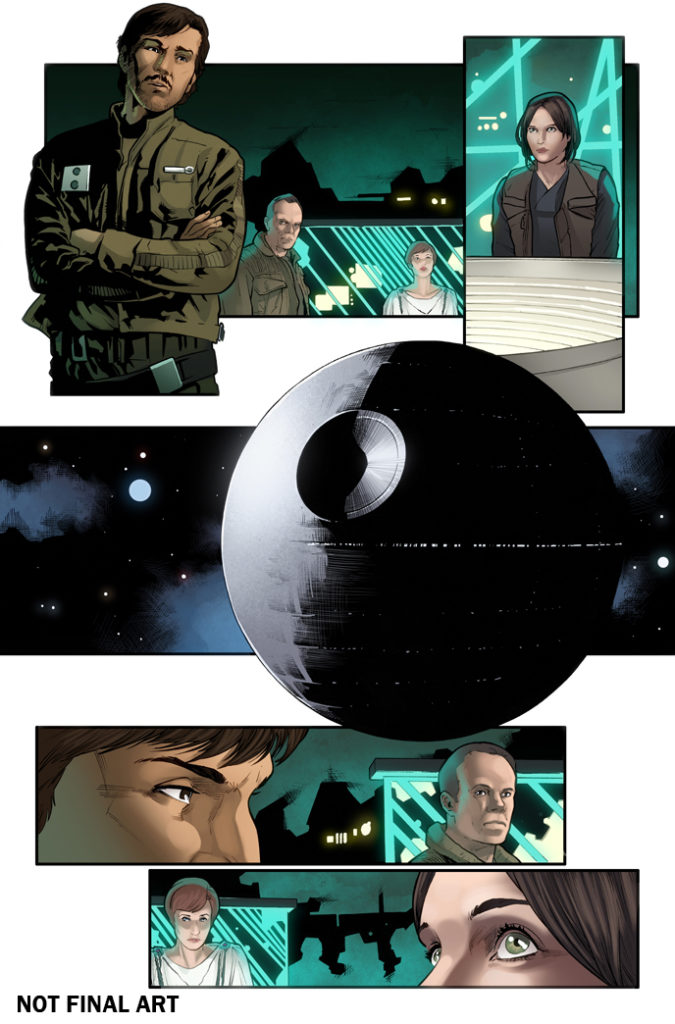