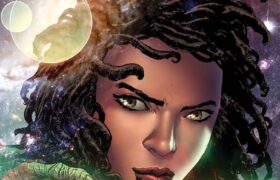 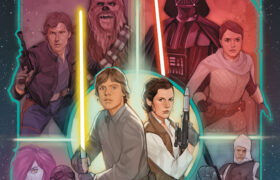 Marvel’s Star Wars comic series are on course for a monumental 2023 and it all begins on November 23 in STAR WARS: REVELATIONS #1! The giant-sized one-shot will reveal what lies ahead in ongoing titles Star Wars, Star Wars: Darth Vader, Star Wars: Doctor Aphra, and Star Wars: Bounty Hunters, as well as the epic upcoming limited series, Star Wars: Hidden Empire. […] 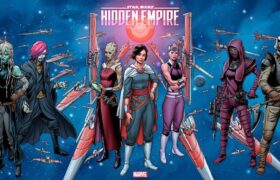 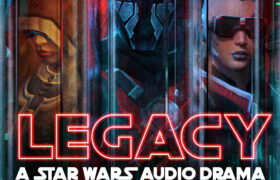 All Laresa Daklan ever wanted to be was a great Jedi. But, the Great Galactic War changed everything for her, and her family. Legacy: a Star Wars Old Republic Audio Drama Created by Crystal Storm Starring the voice talents of Crystal Storm as Laresa Daklan Tarrah as Reide Daklan Bunbarian as Xerrin Daklan Adam Korenman […] 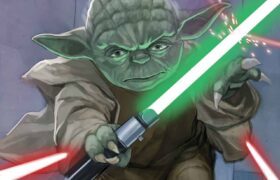 Announced this past weekend at Star Wars Celebration Anaheim, Yoda will star in a brand-new Marvel Comics limited series this October. A ten-issue epic, STAR WARS: YODA will take place during Yoda’s self-imposed exile on Dagobah as he reflects on past adventures. The centuries-spanning saga will be divided into three arcs by three separate creative teams, each […] 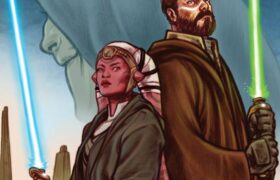 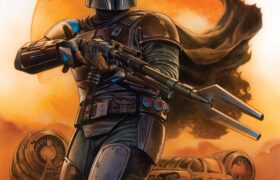 The saga of the Mandalorian comes to Marvel Comics! Kicking off in July, STAR WARS: THE MANDALORIAN will be an eight-issue adaptation of the Disney+ series’ first season, giving fans a chance to relive the events and characters of Season 1 through the lens of writer Rodney Barnes and artist Georges Jeanty! From the thrilling […] 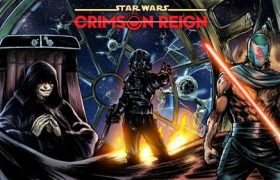 This December, writer Charles Soule and artist Steven Cummings will team up for a saga that will have major repercussions on the Star Wars galaxy in STAR WARS: CRIMSON REIGN. Announced last month, this five-issue limited series will be the second installment in the trilogy that began in this year’s WAR OF THE BOUNTY HUNTERS crossover. The […] 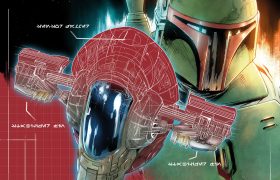 The War of the Bounty Hunters continues to explode across the galaxy this September! The action-packed crossover is currently unfolding across all of Marvel’s ongoing Star Wars titles as well as a main WAR OF THE BOUNTY HUNTERS limited series and character-focused one-shots. The hunt for Han Solo has brought out the underworld’s most dangerous hunters and acclaimed Star Wars artist […] 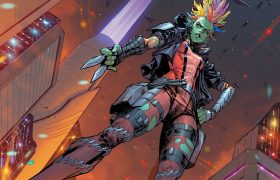 A new bounty hunter character will be making their first appearance on July 21st in STAR WARS: WAR OF THE BOUNTY HUNTERS – JABBA THE HUTT #1. Created by writer Justina Ireland and artist Iban Coello, Deva Lompop will be recruited by Jabba the Hutt to succeed where Boba Fett has failed and bring him […]