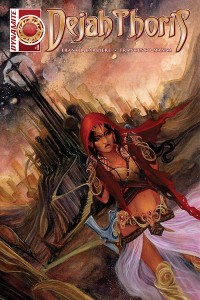 ON SALE DATE: February 3
Prepare yourself for Dejah Thoris as you’ve never seen her before! A shocking conspiracy unravels in Helium as Dejah’s father has gone missing. In the wake of assuming the throne, Dejah learns secret information from her past that will have resounding effects on the kingdom – and her life! Join Frank J. Barbiere (The Howling Commandos of SHIELD, The Precinct) and Francesco Manna (Vampirella #100) as Dejah discovers a secret past that will have her leaving Helium for an all-new adventure on her own!
———-

Fresh out of the pages of the awesome Swords of Sorrow storyline, Dejah’s life continues to get interesting. Her father, ruler of the city Helium, has disappeared without a trace. Councilman Valoris, a functionary previously unknown to Dejah but allegedly very close to her father, appears with a stack of royal proclamations that call Dejah’s very identity into question. Now, with allegations of treason being leveled at her, assassin’s creeping in the night, and a need to find out the truth about her past, Dejah Thoris finds herself in the middle of a “game of thrones”.

Her husband, John Carter, Warlord of Mars, is determined to get to the truth of things. When the shady councilman Valoris takes full power in Helium, with a conveniently signed and stamped proclamation to back him up, it becomes clear that Carter is going to have to work against the current to clear his wife’s name. But Dejah isn’t satisfied with waiting for the menfolk to clear things up, so she takes matters into her own hands.

Originally written back in 1917 in the pages of A Princess of Mars, Dejah Thoris wasn’t much more than a plot device… a scantily clad plot device whose main purpose was as a perpetual hostage in need of rescuing by earthman John Carter. Over time, while her wardrobe might not have changed very much, this Princess has evolved into a character more in tune with the times. She’s strong-willed, capable of standing on her own, willing and able to defend her own honor.

This story looks to take Dejah Thoris out of her comfort zone and tossing her into a game of political intrigue. We start off with a snapshot of Dejah’s idyllic life as a Princess of Helium, her palace chambers shiny and opulent, servants and guards standing by to see to her needs. She wanders the city, confident in her place and secure in the knowledge that it is her city… and then the shoe drops. She’s detained, arrested, imprisoned, and forced to strike out on her own as a fugitive from Councilman Valoris’s justice. Dejah leaves Helium, determined to find the hidden truth about her past, to get to the bottom of this plot against her father and her very lineage.

Good luck to any man who gets in her way. 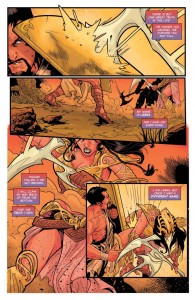 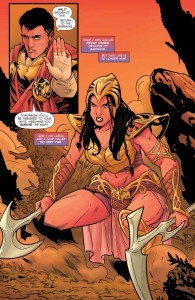 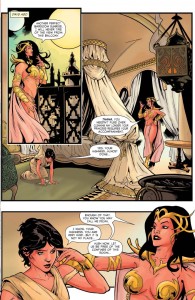 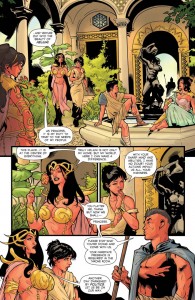 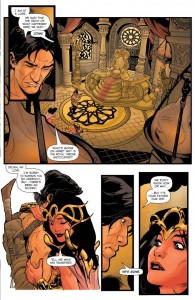 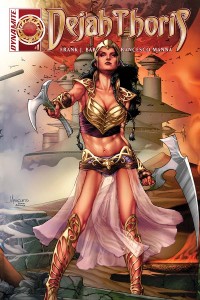 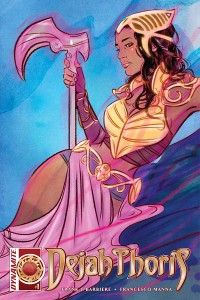