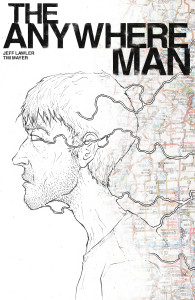 Memorial Day weekend 2015, I took a chance and vacation time that my husband didn’t have and went to the brand-new Omaha Comic Con by myself. I had two friends who would be at the Con on Saturday, which gave me two other days of Con to talk to both established and new creators and buy their books. My writer friend Carl Smith told me to check out The Anywhere Man, as Tim Mayer had done some art on his book, Be Careful What You Wish For. I met both Jeff and Tim, bought The Anywhere Man issue #1, and duly added myself to their mailing list. The guys assured me that they’d let me know when the next issue came out.

If you’ve ever bought independent books at a convention (and you really should – there are some amazing independent creators out there), you have a 85% chance of getting something readable, and about a 40% chance of it being really good. The Anywhere Man is a part of the 40%.

This is the story of Frank Collins, an Iraq war veteran whose other life ambition was to be drunk. One night, he leaves the bar to drive home, swigging out of a bottle as he drives, and he gets into a horrible accident. Instead of dying, he finds himself in Iraq again. Before he can question why he’s there, he’s suddenly at his Mom’s house. She takes him inside, and when he next comes to, he’s being picked up by the people who own the research facility that he crashed his car into. When Frank tries to get away, they taser him and he passes out.

Lawler’s story isn’t about a hero. Frank is anything BUT a hero. He grew up poor, and the only thing ambitious he ever did was to join the army, mainly because he couldn’t get a job after being caught stealing as a teenager. It’s hard to feel sorry for this guy because he’s never really tried to do anything, but he’s not a terrible person. He knows he needs help, but he’s just not able to help himself. I’m excited to see how these events change Frank, if the not-so-remarkable man becomes more than he thought he ever could be. The story starts so quietly, but I think this is just the calm and then the distant thunder before the storm actually rolls in.

Mayer’s black, white and grey artwork gives you the subtle tenor of Frank’s life – moments of brightness surrounded by long periods of just existing. Every panel is understated to show how uncomplicated Frank’s humdrum life suddenly become something extraordinary. The new phenomena that allows him to suddenly be elsewhere is just as incoherent and jarring for the reader as it is for Frank, but it’s purposefully so. Frank is confused, but not the reader.  Looking forward to see just how far this stretches the boundaries of what is normal.

What’s the future for a man who can go anywhere?

Thankfully, we don’t have long to wait. The Anywhere Man team is launching a Kickstarter on Thursday, February 25, 2016, with the other two-thirds of this story ready to go. I’m really excited to see which direction they go with this story, and will update as soon as the Kickstarter goes live.

In the meantime, enjoy this sample. 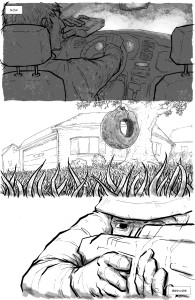 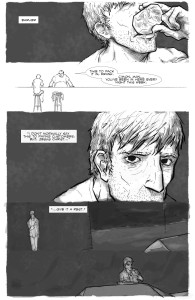 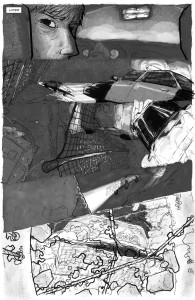 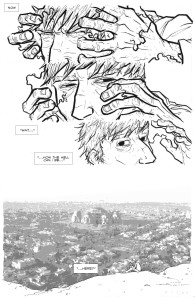 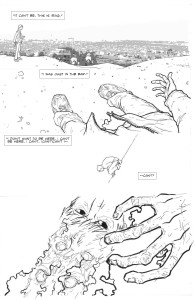 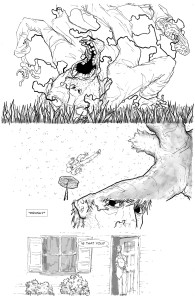