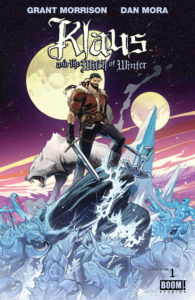 Klaus returns for an epic oversized one-shot, perfect for any comic fan’s stocking! * Brought to you by legendary creator Grant Morrison and 2016 Russ Manning Award winner Dan Mora, join the continuing adventures through space and time of the man that would become Santa Claus.
———-

Once upon a time…

Like all good stories around and about the holiday season, this one-shot from Boom! carries on the tradition. On Christmas Eve, a widowed father is getting everything ready for his kids, Naomi and Ben, to wake up to some holiday cheer. On this particular Yuletide Eve, however, he won’t find much cause for merriment as he discovers that his children are missing. As he begins a frantic search, a mysterious figure reveals himself… After a decades long imprisonment, held in mystic chains on the moon, in the center of a maze of ice while the Moontians fought a civil war (boy, do I hope this story gets told at some point…), Santa Klaus has returned to Earth!

Naomi and Ben have been taken by a mystically animated snow man, a minion of the Witch of Winter, and taken to her frozen lair. While Santa may not know the purpose of the abduction, he does know that no child should suffer during the Yuletide. He leaps aboard his flying sleigh, drawn by giant wolves instead of reindeer, and takes off into the night! His lupine companion Lilli follows the children’s trail all the way to the site of Klaus’s first workshop, left in ruins after an epic battle with the Pola Cola Corp (another story that needs to be told… Mr. Morrison, I hope you’re listening cuz that’s two Christmas wishes now). Why the children would have been taken there, or by whom, will remain a mystery… at least until you pick up this holiday single issue story from Boom! Studios.

Last year, the creative team of Grant Morrison and Dan Mora concocted a “Santa: Year One” story (check out my review of the first issue of the Klaus mini-series here). The tale embraced the Nordic origins of the Yuletide figure, and gone was the jolly old overweight guy. Instead, we’ve got a hardened yet warm-hearted individual who took it upon himself to fight back against a would-be tyrant dealing with dark and ancient powers (are there any other?). As far as origin stories went, it was a hoot, but the whole time I was reading it I kept thinking that the timing could have been better. The final issue of the limited run came out a couple months ago, nowhere near the holiday season. I wondered if maybe Boom! could have timed it a little bit better…

In this one-shot story, Santa Klaus is well beyond his origins, and comfortable in his role as the mighty figure of Father Christmas. Further, this is a way better holiday story, as it embraces everything the season should be about: family loyalties, redemption and renewal, and selfless acts of giving. It looks like Morrison, Mora, and the folks at Boom! had it all mapped out from the start, using their “Year One” mini-series to set the stage for this bigger than life single issue.

I’m really hoping that this is just the first in a long line of these one-shots… The world of Santa Klaus is bigger and more encompassing than just a jolly old dude in a red suit, and it looks like there are many stories left to be told.

Happy Holidays, to all of you, from all of us at the Pullbox! 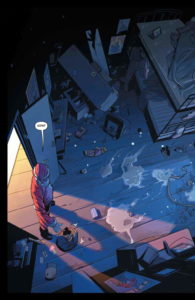 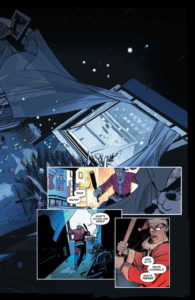 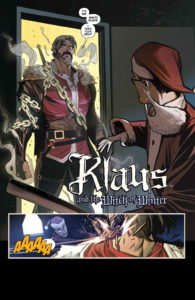 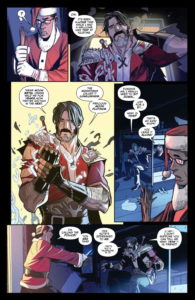 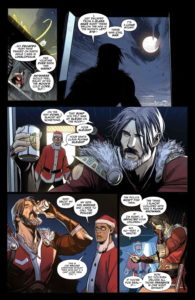 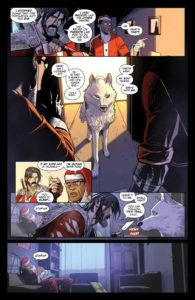 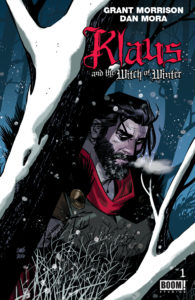 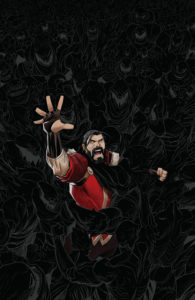