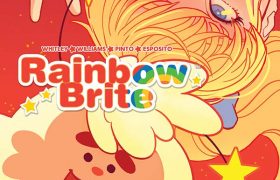 Rainbow Brite #3 writer: Jeremy Whitley  |  artist: Brittney Williams FC  |  32 pages  |  $3.99  |   All Ages   Wisp and Twinkle’s quest to save Rainbow Land and learn what it means to be Rainbow Brite puts them on the path to seek out the last color guardian who hasn’t been captured, but will they […] 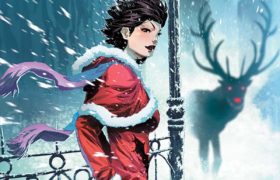 Vampirella Vol. 4 #10 writer: Jeremy Whitley artist: Andy Belanger, Matt Gaudio, Alex Sanchez FC  |  32 pages  |  $3.99  |   Teen+   A thousand years in the future is a really weird place to run into someone you know. Especially when that person is now hell bent on destroying you. Which is exactly what happens when Vampirella and Vicki came […]

Big things come in small packages in 2017, as Marvel’s newest leading lady debuts in her very first ongoing series! Today, Marvel is pleased to present your first look inside THE UNSTOPPABLE WASP #1 – the highly anticipated new series from creators Jeremy Whitley and Elsa Charretier! Life has never been easy for Nadia Pym. […]

PRINCELESS: RAVEN, THE PIRATE PRINCESS #2 Writer(s): Jeremy Whitley  Artist Name(s): Rosy Higgins and Ted Brandt  Cover Artist(s): Rosy Higgins and Ted Brandt   The events of issue 1 have left our fearless heroine worse for wear, but Raven is ready to put together a crew and with the help of her old friend Cookie, she’s looking to interview every […]