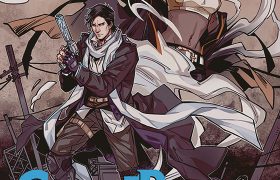 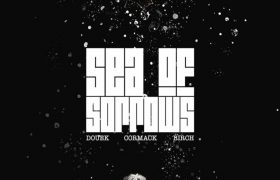 It’s 1926, and after the War to End All Wars, the world is finally at peace. Rumors of sunken German u-boats laden with gold destined for the United States for munitions trade abound, though none have borne fruit…until now. In the Flemish Cap, 350 miles off the coast of Newfoundland in the north Atlantic, the SS Vagabond and its crew have been hired by a former German naval officer and his sketchy group of treasure hunters to salvage a fortune in gold from his downed submarine…a sinking unreported in German logs and far afield of where any of its peers were known to rest. (13/13) 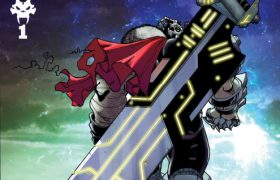 Wailing Blade #1 Comix Tribe Written by Rich Douek Art by Joe Mulvey Colors by Chris Sotomayor & Jules Rivera Letters by Taylor Esposito In the shattered ruins of Old Earth, after mankind’s fall from the stars, a new civilization has risen under the iron heel of the Tyrant of Minturn. His rule is absolute, […]