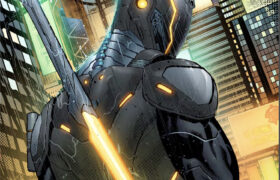 Ninja Kaidan #1 Black Box Comics Written by Eric Palicki Illustrated by Lucas Meyer Colors by Michael Bartolo Letters by Dezi Sienty Created/Edited by Dimitrios Zaharakis One look at the cover & I was all set to give this comic a try, and all I needed to see was “ninja” in the title to rope […] 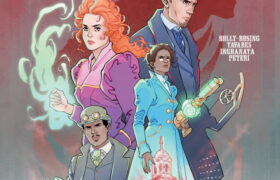 BURBANK, CA. Madeleine Holly-Rosing, writer/creator of the graphic novel series Boston Metaphysical Society announced the launch of her campaign to fund the printing of Volume 2, which includes the four previously published sequels, The Scourge of the Mechanical Men, The Spirit of Rebellion, Ghosts and Demons, and The Book of Demons. It will be 176 […]