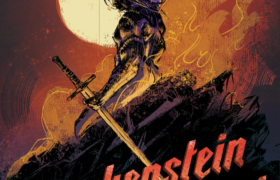 Frankenstein the Unconquered #1 Written by Dalton Shannon & Wells Thompson Illustrated by Mary Landro Colors by Dahlia Maha Letters by Nathan Kempf Design by Brenda Snell 500 years in the future, the arctic thaws and the Beast awakens to a bombed-out post-apocalypse as hideous and hostile as he is. Seeing an opportunity to reinvent […] 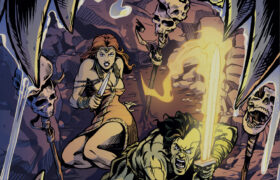 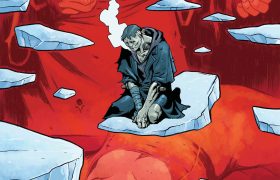 Written by the powerhouse team of Mike Mignola and Scott Allie and drawn by long-time Mignola collaborator Ben Stenbeck, this five-issue arc picks up at the end of Mary Shelley’s novella and fills the gap to the creature’s (named Frankenstein, after his father, in the way of his people, in this issue) appearance in 2015’s Frankenstein Underground. (13/13)

Van Helsing vs Frankenstein #1 (of 5) Zenescope Written by Pat Shand Art by Leonardo Colapietro Colors by Slamet Mujiono Letters by Jim Campbell Liesel Van Helsing has dedicated her life to keeping the streets of New York City safe from the otherworldly threats that lurk in the night. However, when she teams up with […]