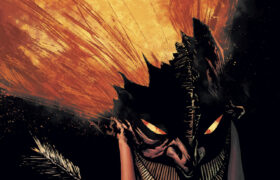 Coming February 1st from the Cave: Tales from Nottingham, an anthology set in a Robin Hood noir world… Tales From Nottingham explores untold stories from the twisted universe of Nottingham, including the secret origins of Robin Hood and the Merry Men, Marian’s violent past, Aya of the Hashashin’s first kill, and an ordeal that will […] 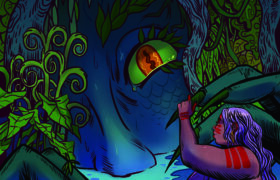 Iron Circus Crowdfunds a Smut Peddler Double Header: The Brand-New SMUT PEDDLER PRESENTS: MY MONSTER GIRLFRIEND and The Deluxe Reprint SMUT PEDDLER X: TEN YEARS OF IMPECCABLE PORNOGLIFICS (November 7, 2022) Edited by women, made for everyone, erotica anthology Smut Peddler was first crowdfunded by independent publisher Iron Circus back in 2012 and again in […] 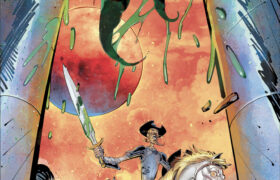 Clash of the Classics #1: Don Quixote Fights the War of the Worlds Kypsel LTD Written by Tom Pinchuk Illustrated by Nikos Koutsis Letters by Sean Konot & Patrick McEvoy Do mad times call for madmen? Perhaps he was the right hero in the wrong time before, but Quixote may not belong in any era, […] 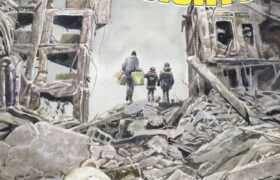 This NCBD brings the release of our highly-anticipated benefit anthology in collaboration with Voices of Children, Lower Your Sights, to raise awareness and proceeds for children impacted by war. This special project will be making its big debut at SPX 2022! All earnings from the book’s sales are going directly to the Voices of Children […] 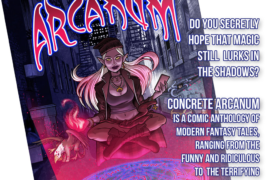 Concrete Arcanum is here to answer the question, “What would happen if magic were to step out from the shadows?” The veil is lifted! The masquerade is undone! The mainstream mundane world has been made aware that magic is real, monsters exist, and all manner of mythological people still walk amongst us. Some rejoice at […] 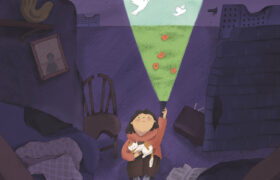 Mad Cave Studios and Voices Of Children are teaming up to publish Lower Your Sights, a graphic novel anthology/art book, to raise awareness and proceeds for children impacted by war. All earnings from the book’s sales are going directly to the Voices of Children foundation. Comic creators and pin-up artists worldwide are invited to tell […] 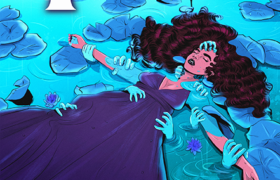 By Band of Bards An anti-patriarchy anthology of prose, poetry, & comics taking on the idea of purity from the POV of women & nonbinary creators. The Dark Side of Purity is an anthology combination of two books: a collection of prose and poetry in one book, with a second book for comics and graphic […] 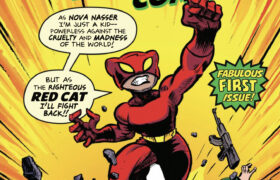 Lazer Brain Comics Created… Written… Illustrated… & Published by… Ryan L. Higgins The Rise of the Red Cat Middle grader NOVA NASSER’s ongoing adventures begin with a mystical encounter while on a field trip with her school to an Egyptian museum. Meanwhile… And so Begins The End of the World! Fourteen-year-old FILO FARNSWORTH learns he […] 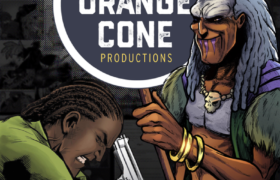 Take a dive into what’s out there from indie publisher, Orange Cone Productions… Broke Down & 4 Dead Bodies Written By:  Travis Gibb (Negative Burn) Pencil and Ink By: Felix Novara (Kittarou Witch Hunter) Colors By: James Sims Lettering By: Jérôme Gagnon (Tellos , Puerto Rico Strong) After years of being on the bottom, Randy […] 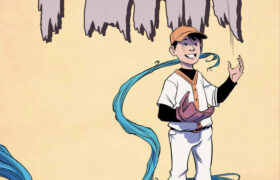