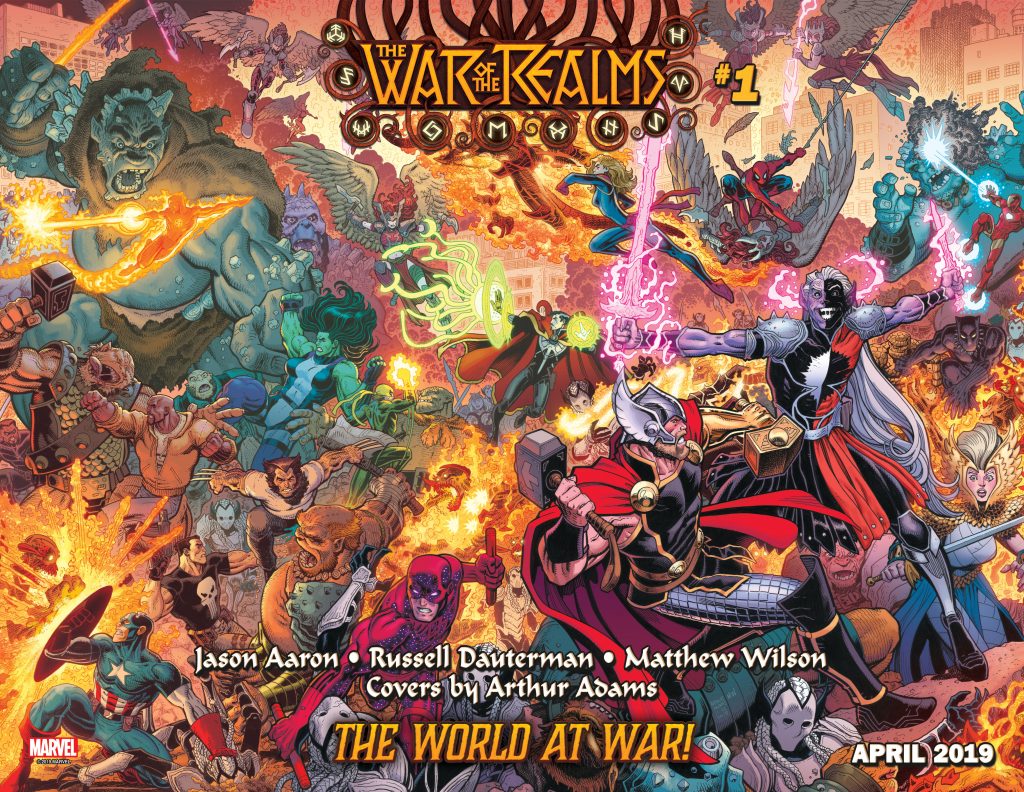 The War of the Realms has made Earth its battlefield! This April, one of the largest conflicts to engulf the Marvel Universe erupts in The War of the Realms – a new, epic crossover event from the award-winning creative team of Jason Aaron, Russell Dauterman, and Matthew Wilson, with covers by the legendary Arthur Adams! Marvel’s 2019 war-to-end-all wars must enlist every great Marvel Hero to save Earth…and beyond!

Today, Marvel is proud to present THE WAR OF THE REALMS TEASER TRAILER, featuring Jason Aaron and editor Wil Moss, complete with the first look at issue #1’s cover from Arthur Adams!

“The story really begins when that war that’s been brewing for years in the pages of Thor explodes here in Midgard,” teases Aaron. “And at that point, it’s bigger than a Thor battle – everyone becomes a part of that battle.”

“Even though this story involves a lot of moving pieces and elements from the Thor comics and the Avengers comics, it’s something that everyone can just dive into,” adds Moss.

Not since Secret Wars has a comic event had such far-reaching consequences for the Marvel Universe – be there when THE WAR OF THE REALMS starts this April!