Tag: The War of the Realms 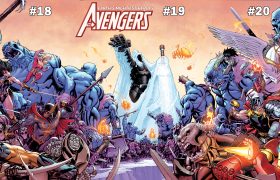 The War of the Realms has begun, and no part of the Marvel Universe will be untouched! Every hero is at risk – and every hero is at war… Avengers Mountain reigns as the last stronghold for Earth’s Mightiest Heroes – but can it stand the wrath of Malekith’s powerful forces, as they seek to […] 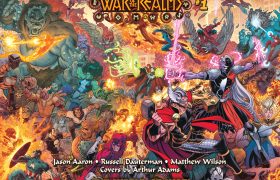 The War of the Realms has made Earth its battlefield! This April, one of the largest conflicts to engulf the Marvel Universe erupts in The War of the Realms – a new, epic crossover event from the award-winning creative team of Jason Aaron, Russell Dauterman, and Matthew Wilson, with covers by the legendary Arthur Adams! Marvel’s 2019 […] 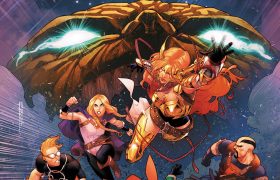 The War Of The Realms is coming…and no corner of the Marvel Universe will be untouched! But before the award-winning creative team of Jason Aaron, Russell Dauterman and Matthew Wilson ushers in this epic event, Marvel invites you to journey on the road to the War of the Realms with some of the universe’s biggest […] 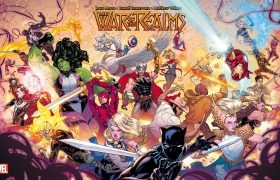 This April, the war that has exploded across the Ten Realms finally blasts into the last realm standing…ours. WAR OF THE REALMS IS COMING! Starting in April, the award-winning creative team of Jason Aaron, Russell Dauterman, and Matthew Wilson will usher in an event of unparalleled scale! And like the mega-event Secret Wars, no corner of […]