BOOM! Studios unveiled a first look at SMOOTH CRIMINALS #2, the newest chapter in the highly anticipated series from the acclaimed screenwriter Kirsten “Kiwi” Smith (Legally Blonde, 10 Things I Hate About You) and Kurt Lustgarten, the writing duo behind the smash hit Misfit City, and artist Leisha Riddel (Project Solace). 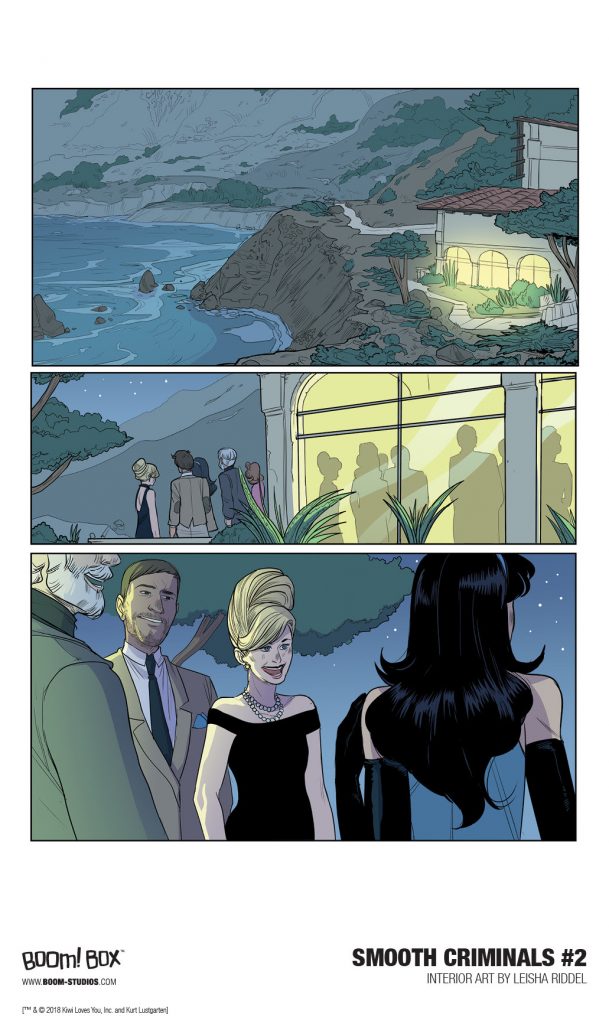 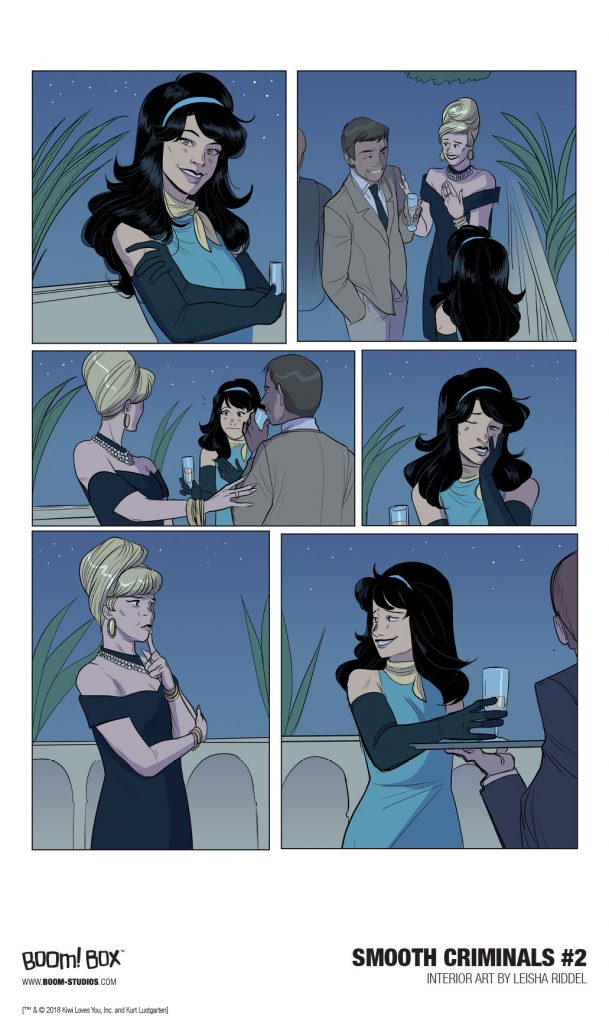 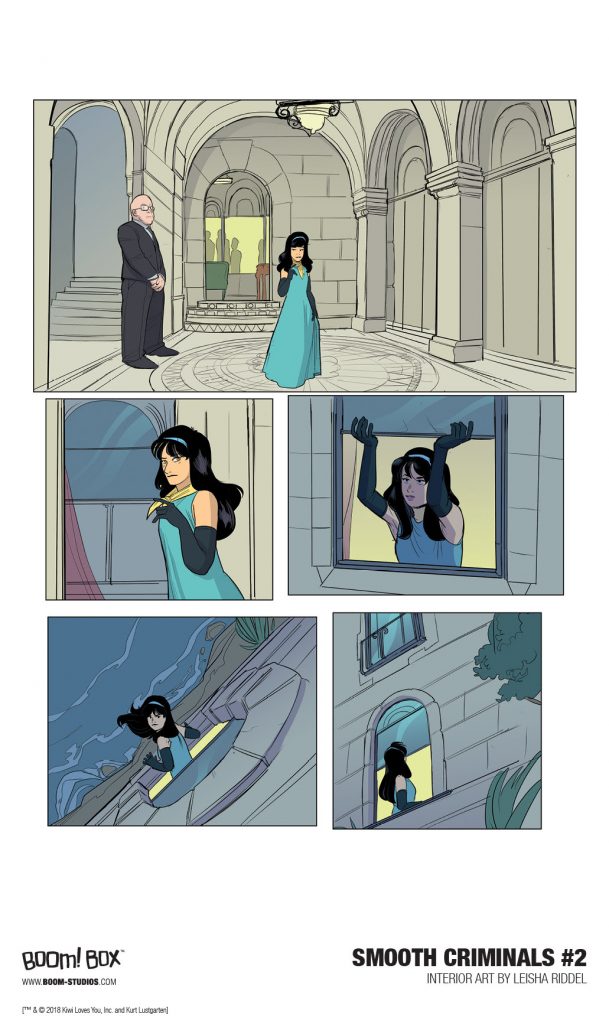 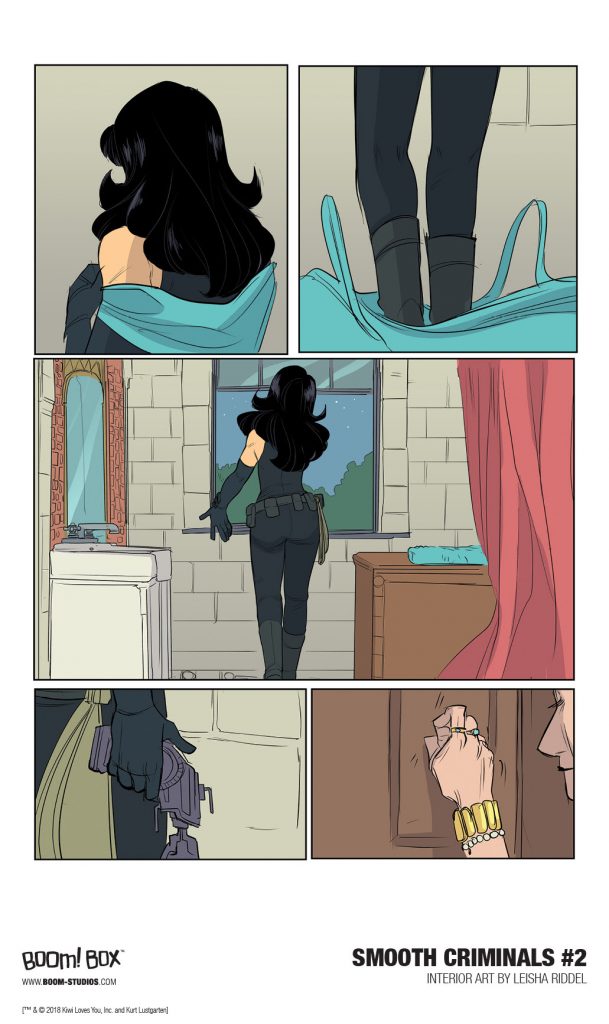 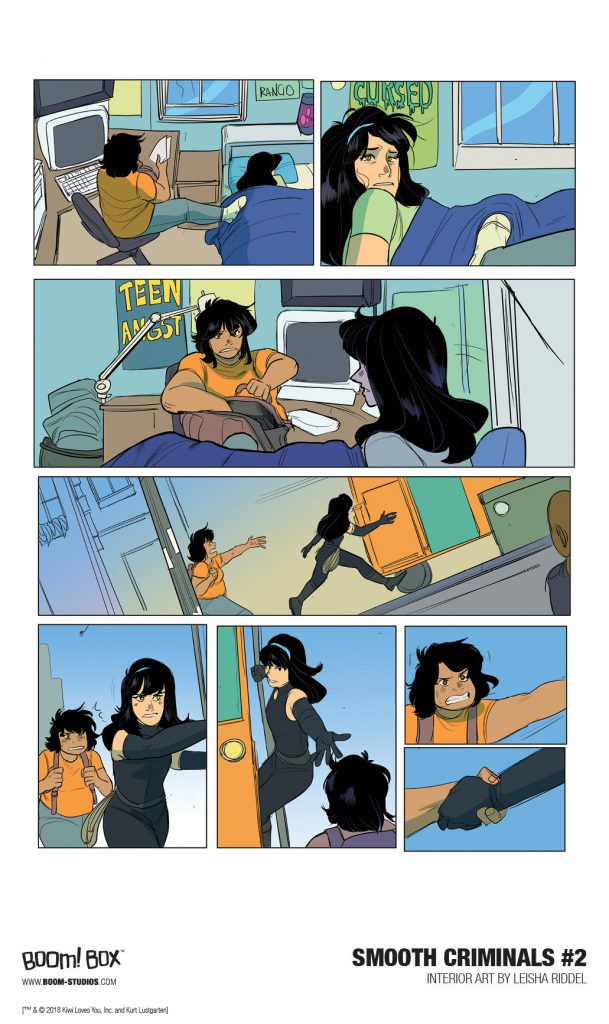 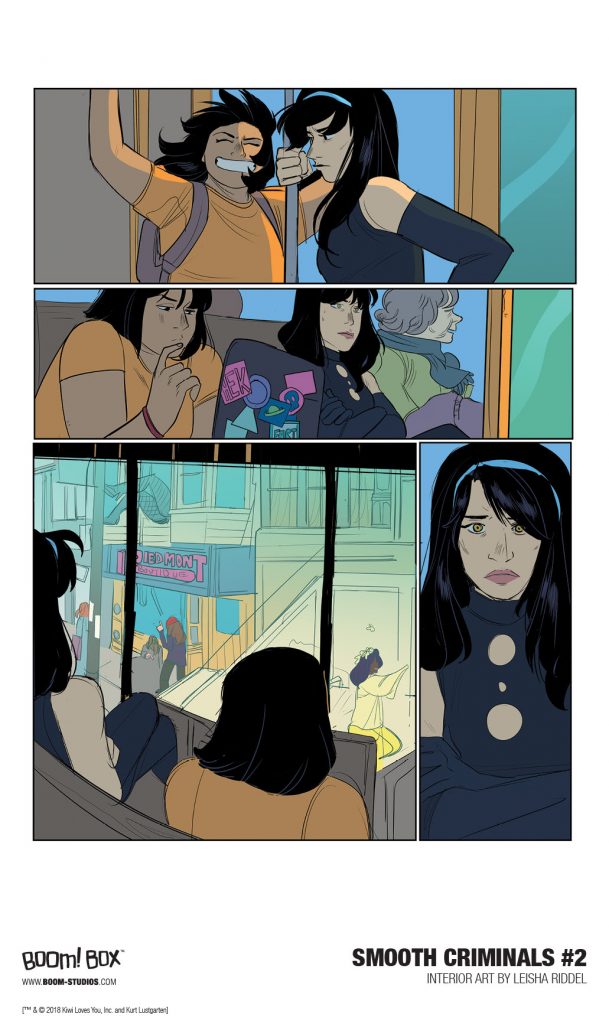 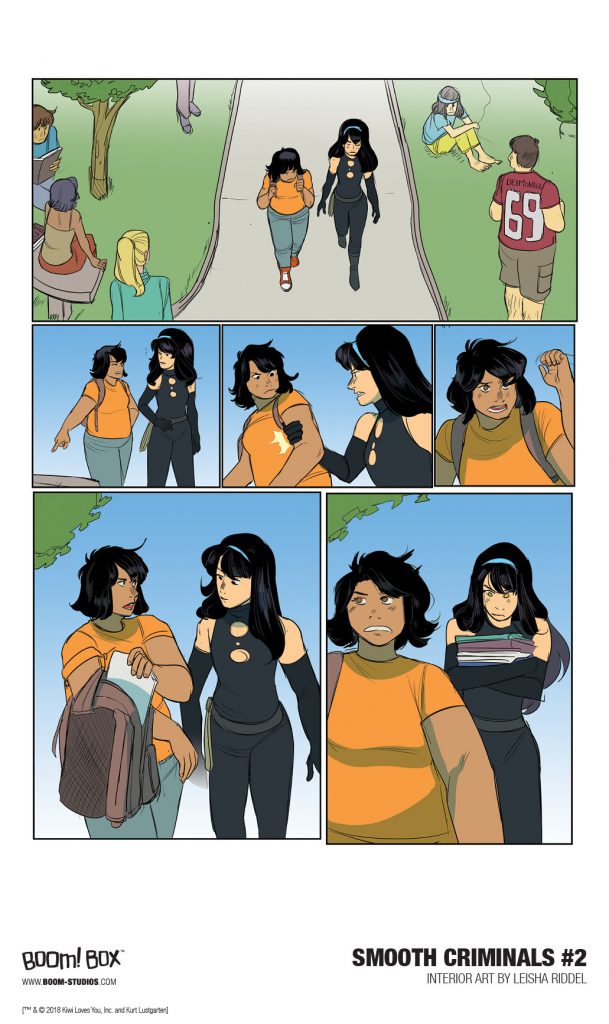 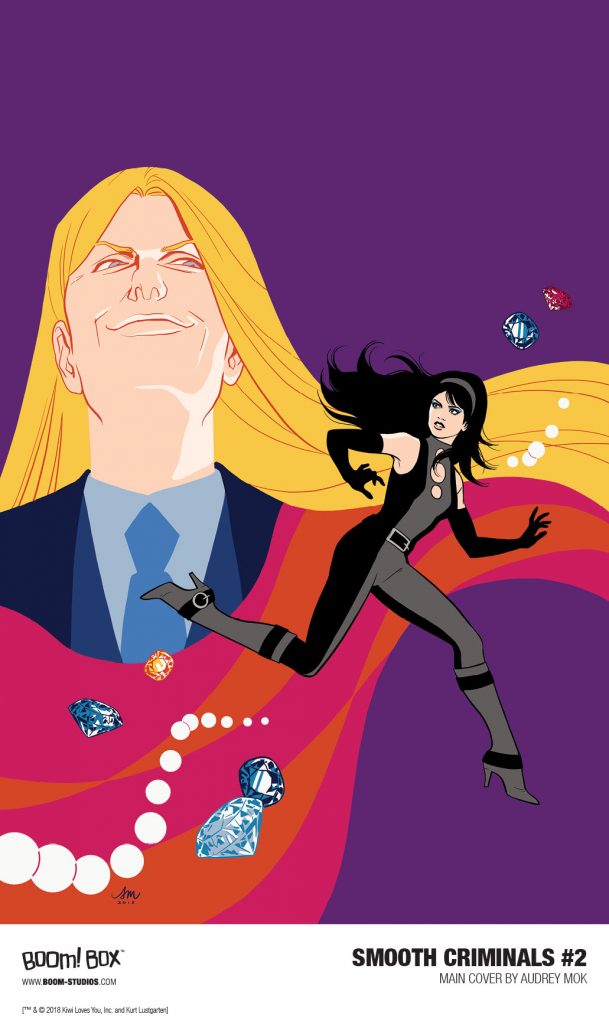 There are certain things Brenda expects to find while hacking: money, secrets, occasional pictures of cats. She is NOT expecting to find a cryogenically frozen master thief named Mia from the ‘60s. Mia is everything Brenda is not—cool, confident, beautiful. And utterly unprepared for the digital age. Despite their differences, the two will need to team up to find out what happened to Mia—and how to pull off the heist of the century. Hijinx abound as Brenda and Mia set off to get their hands on the diamonds that Mia tried to steal in 1969 and run into a mysterious face from the past!

“Brenda and Mia are in an impossible situation but these are two girls from very different decades setting aside their differences in order to break all the rules and do what they do best – steal things.” said Shannon Watters, Senior Editor, BOOM! Studios. “As they plan a heist three decades in the making, the mystery of Mia’s time travel unravels as a shocking face from the past comes back to haunt the young thieves!”

Print copies of SMOOTH CRIMINALS #2 will be available for sale on December 12th at local comic book shops (use comicshoplocator.com to find the nearest one) or at the BOOM! Studios webstore. Digital copies can be purchased from content providers, including comiXology, iBooks, Google Play, and the BOOM! Studios app.

For continuing news on SMOOTH CRIMINALS and more from BOOM! Studios, stay tuned to www.boom-studios.com and follow @boomstudios on Twitter.