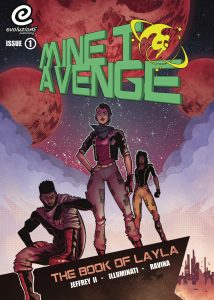 The history books call it a house of horrors. A testament to the true depravity that inhabits the souls of man.

The little girl who escaped the demonic forces which occupied the LaLaurie New Orleans mansion on a sunny day in 1833, though, called it something else: the site of a rebirth. The little girl swore on that day that she would never be anyone else’s victim, and so began a centuries long campaign of bloody revenge. The Retribution Cabal (RC) was born, protecting only those descendants of America’s original sin.

Now on a cyberpunk stage where technological wonders leave no place for creatures of legend, the LaLauries and their denizens reappear, continuing their blood-soaked quest for obtaining ultimate power. Time will tell if the remaining members of the fractured Cabal can stand as the bulwark between humanity and the rising hordes of darkness.
———-

New Orleans, 1833… the home of Mademoiselle Delphine LaLaurie. To anyone familiar with the history of NOLA, the story should be familiar, and it isn’t a pleasant one. The LaLaurie legacy was bound up in witchcraft and the torture of slaves, and has been recounted in movies and television multiple times. In this story, however, the focus is on what was born of the horror and sadism. Mine to Avenge: The Book of Layla is a sci fi adventure that reaches into the future to explore the legacy of a little girl named Leah who escaped the LaLaurie House of Horrors.

Russia, 2154… members of the Retribution Cabal are on mission. Their current objective is the rescue of college student Raquel Matthews, who went missing along with three of her friends while backpacking through a forested region of Siberia. Of the four young ladies, the mutilated remains of two of Raquel’s friends have been found and a third was found near death and incoherent. The Matthews Family wants Raquel back, and they’ve tasked the operatives of the Retribution Cabal with her return.

This was a pretty easy sell… a science fiction adventure story, with the word “Avenge” right there in the title? Hand it over. Throw in some supernatural undertones with the inclusion of the infamous LaLaurie name and a demonic cult, and we’ve got the fixings of a great comic title.

Robert Jeffrey II has put together a story with a lot of potential, using one of the darker aspects of humanity (the practice of slavery) and a particularly sinister excerpt from American history as his starting point. The Retribution Cabal is a dedicated force of men and women whose goal is the protection of the “descendants of America’s original sin”, and Jeffrey has handled his subject matter very well. In the opening issue, he’s introduced Cabal operatives Prya and Travis, as worthy a pair of action heroes as have ever held the title. Their banter, full of good-natured competition and confidence in each other’s abilities, doesn’t come across as too heavy handed. Their dialogue reads as very natural, with a good flow to it rather than seeming forced or stiff.

An action/adventure comic wouldn’t be the same without some solid artwork moving things along, and the team of Metteo Illuminiati (pencils & inks) and Loris Ravina (colors & letters) is on point. So far, the “science fiction” aspect of the title has been a little understated, but the scenic panels we’ve gotten have shown a glimpse into a gritty cyberpunk world reminiscent of Blade Runner thanks in no small part to Ravina’s use of color. Now that’s cool and all, don’t get me wrong, but there’s a pretty heavy emphasis on the action in this title. No worries on that score, Illuminiati has it all under control. The action sequences were pretty much awesome, with attention paid to choreography and angles that provided a dynamic sense of motion to the issue’s major fight scene.

I enjoyed the hell out of this book. Its use of history and a combination of sci fi and supernatural tones, taken with some characters with great potential, brings Mine to Avenge and Evoluzione Publishing into the realm of indies to keep an eye on. 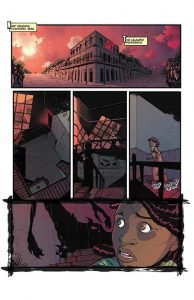 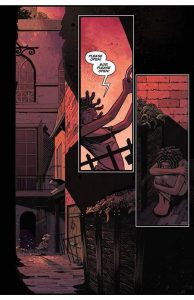 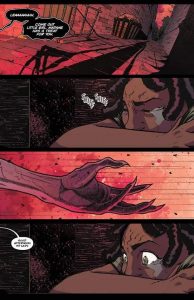 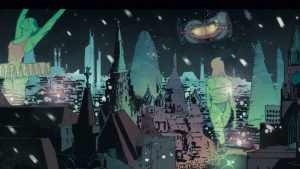 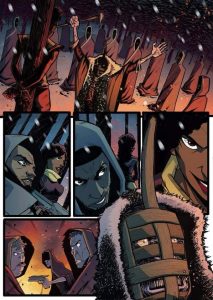 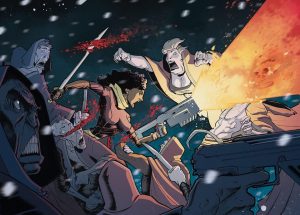 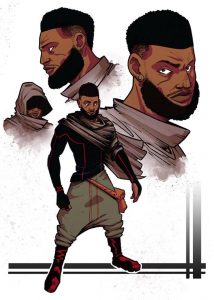 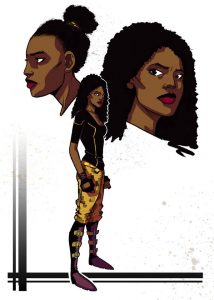 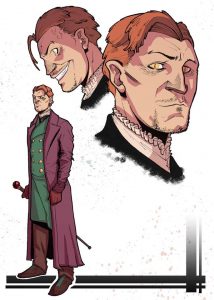 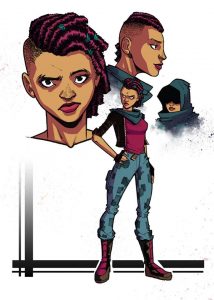 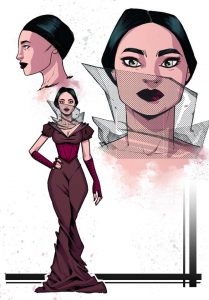