Valiant is proud to present your first look at X-O MANOWAR (2017) #23 – the start of a brand-new story arc and new jumping-on point, “HERO,” for Eisner-nominated writer Matt Kindt’s sci-fi magnum opus – one that will mark the long-awaited return of superstar artist Tomás Giorello, who illustrated Kindt’s first arc on the series, “SOLDIER,” when it launched last year!

On January 23rd, discover why X-O MANOWAR was named one of 2017’s best series by comic fans and critics across the board, and why it continues to captivate readers as it launches into its second year:

Aric of Dacia may have left Planet Gorin behind, but its people still remember the ruin they felt in his wake…and so do the bounty hunters who sought to end his barbaric reign! Enraged by the blight on their perfect record, they’ve arrived on our world to finish the job they started – and this time, they don’t plan on taking X-O Manowar alive! 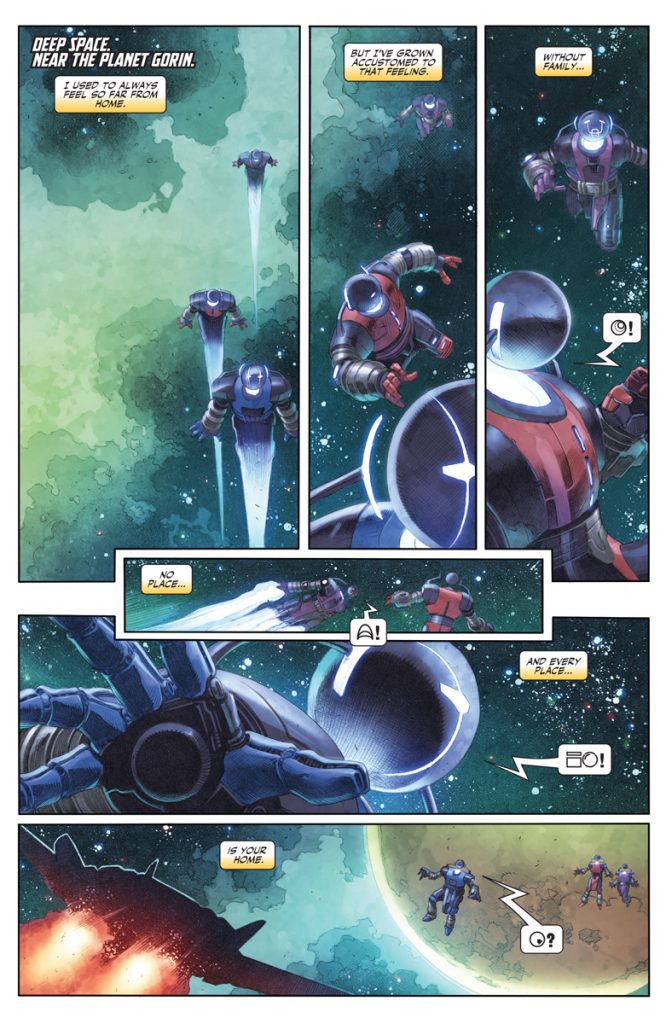 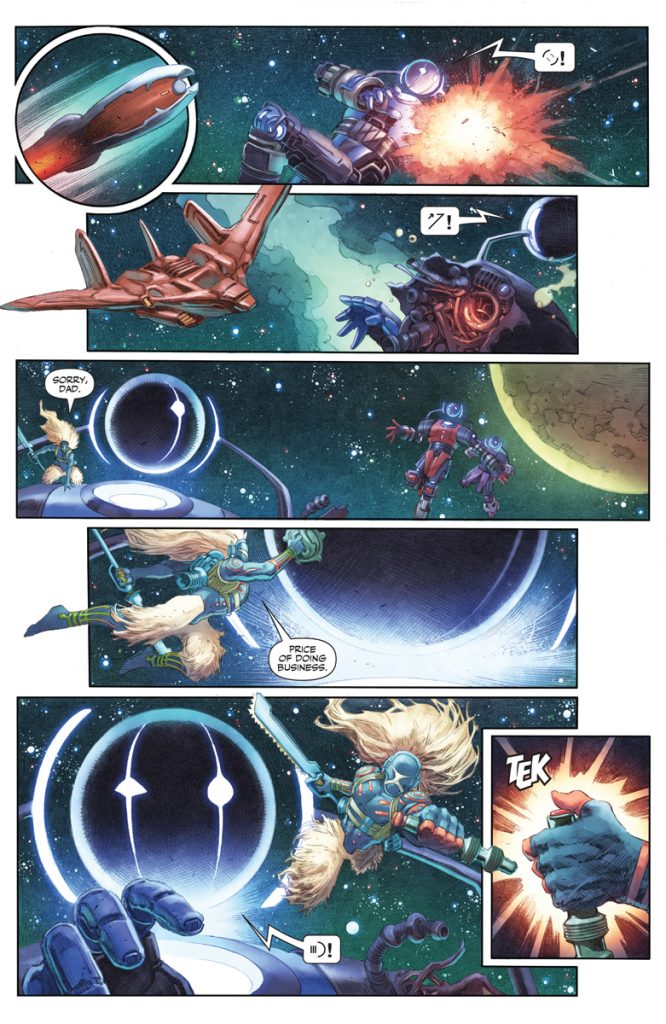 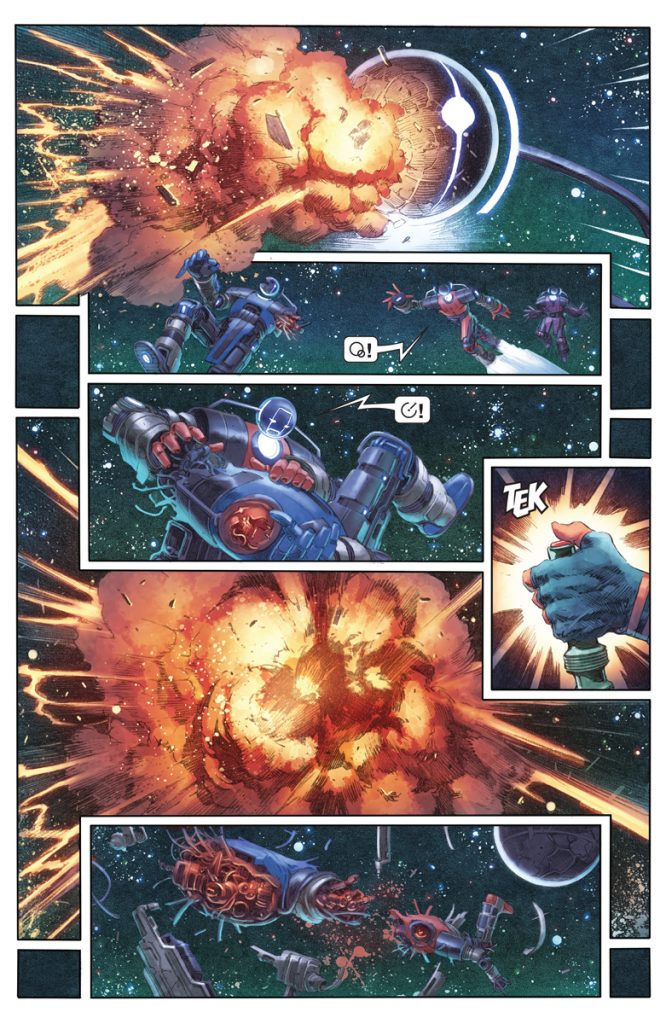 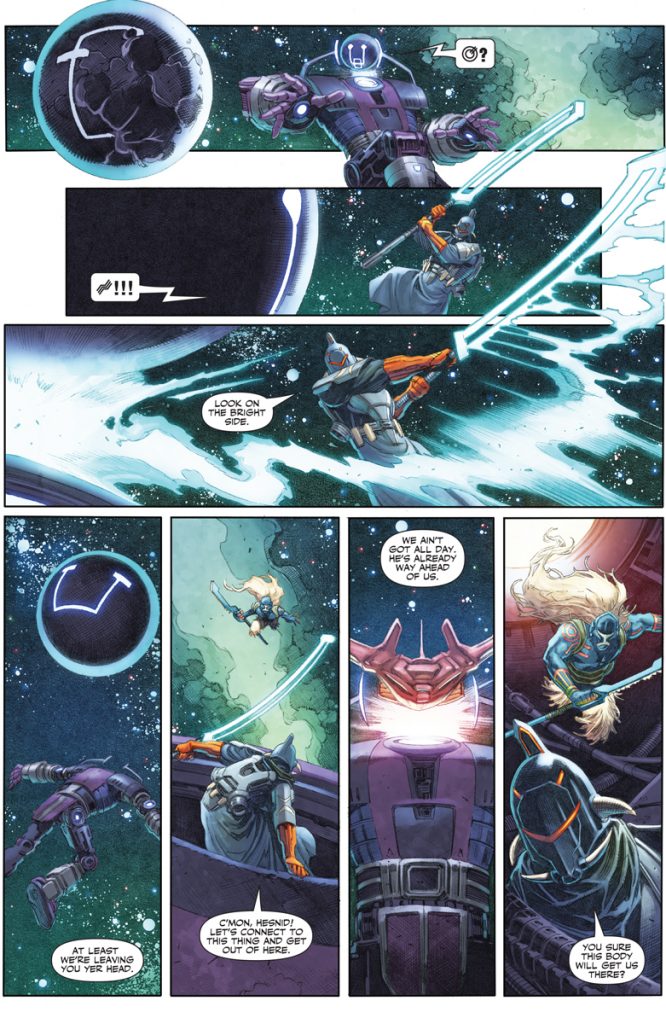 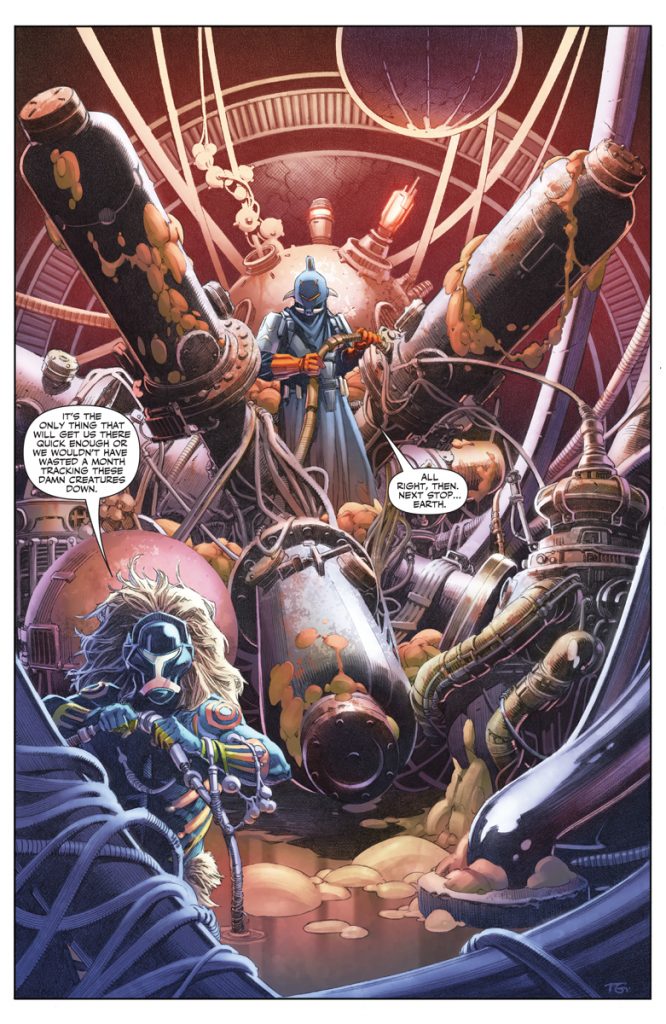 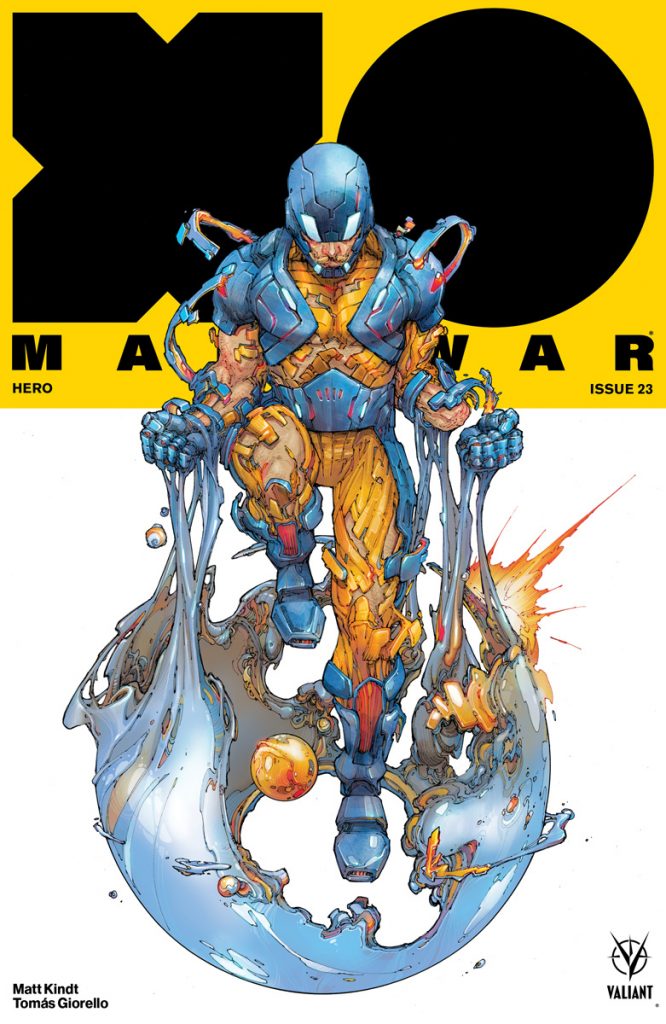 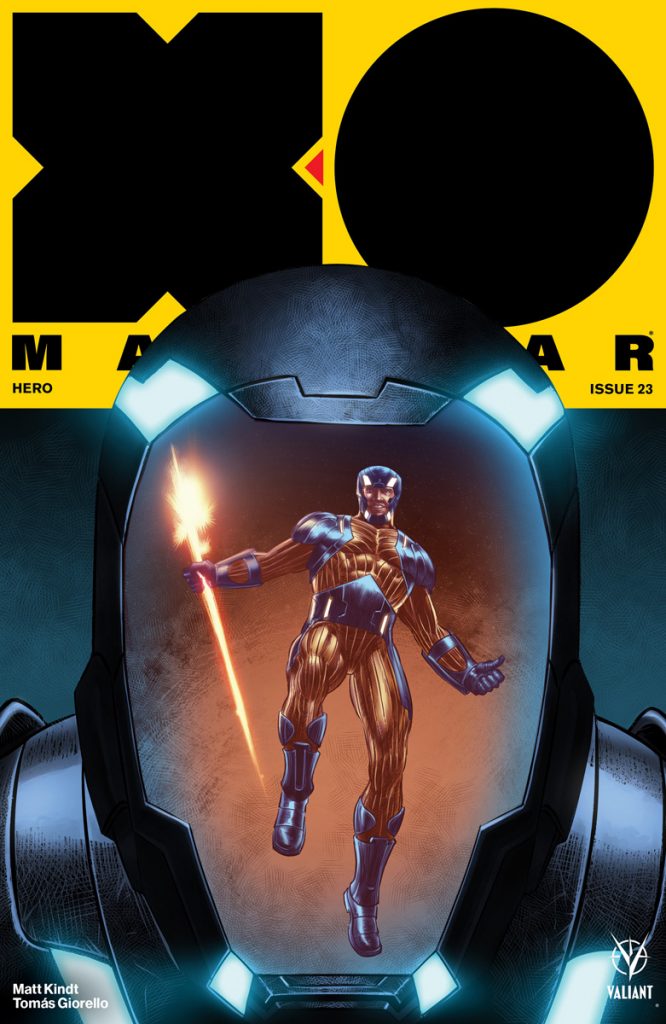 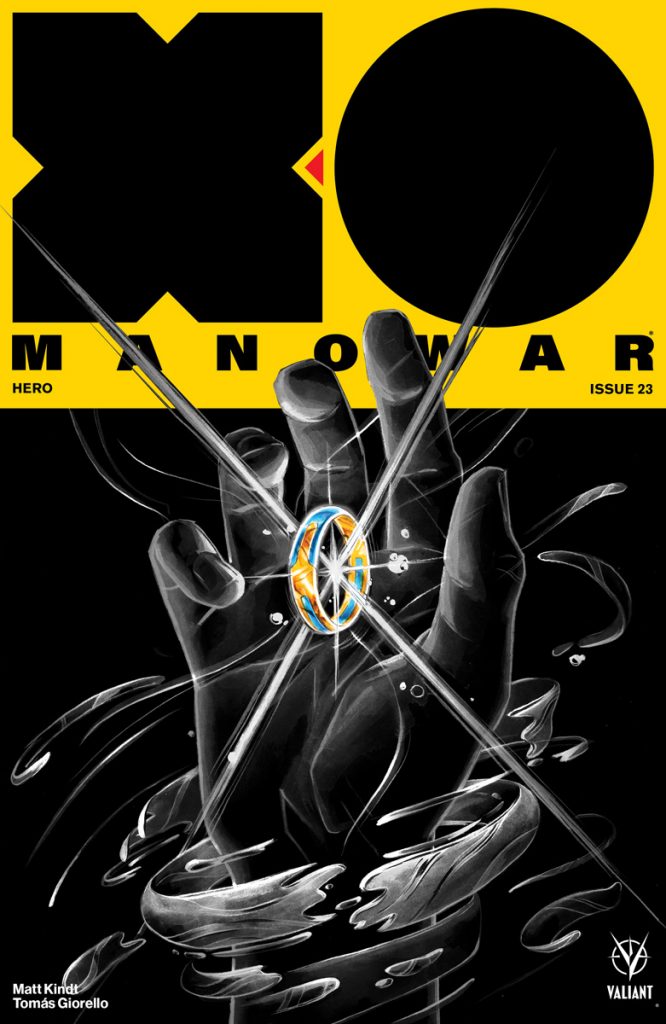 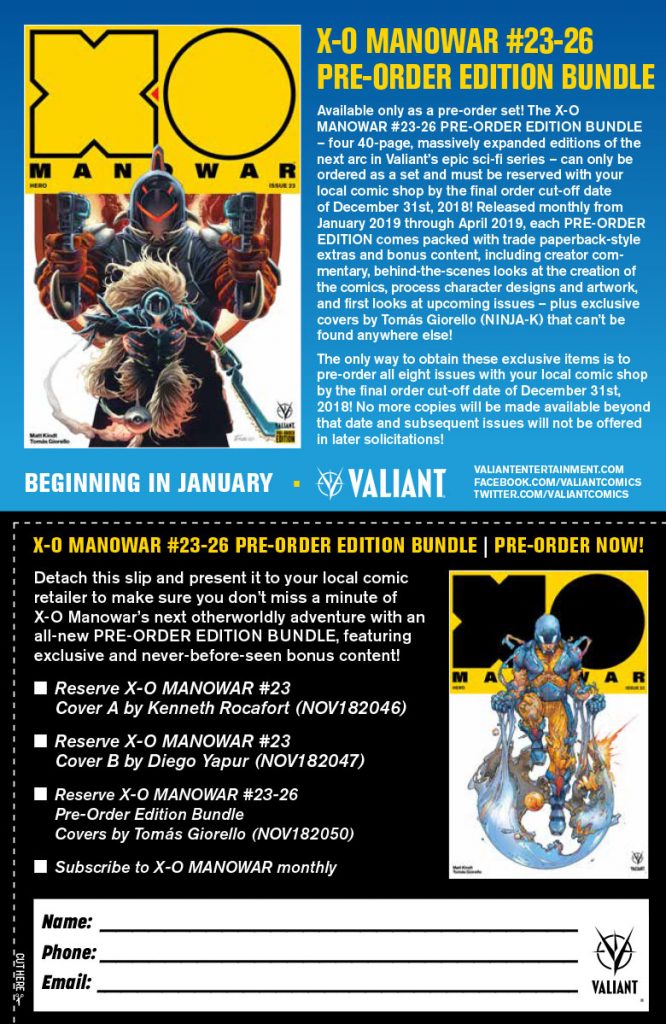 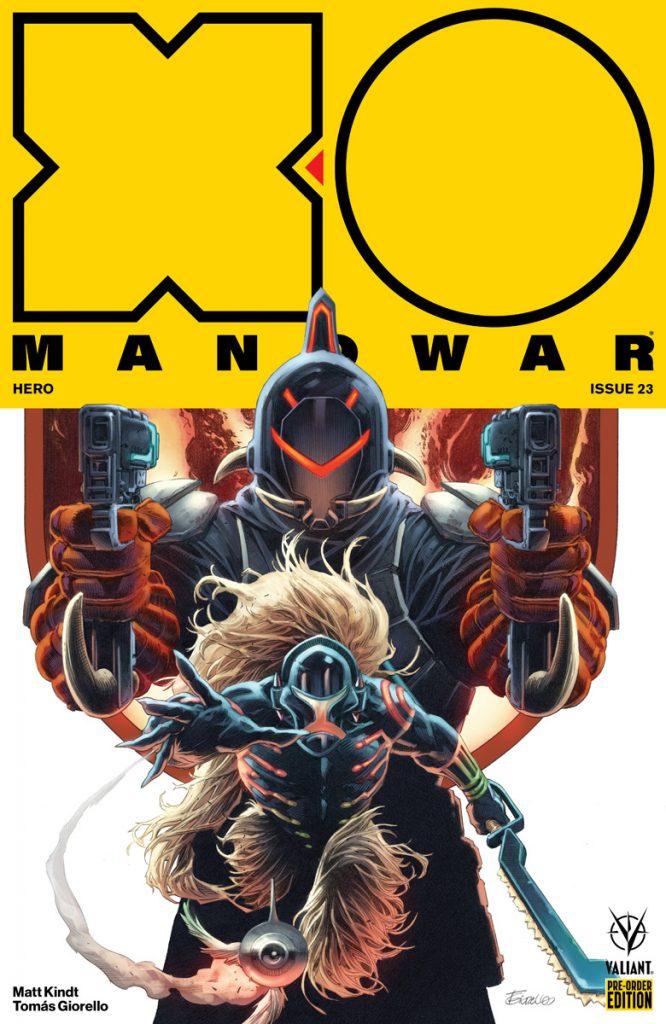 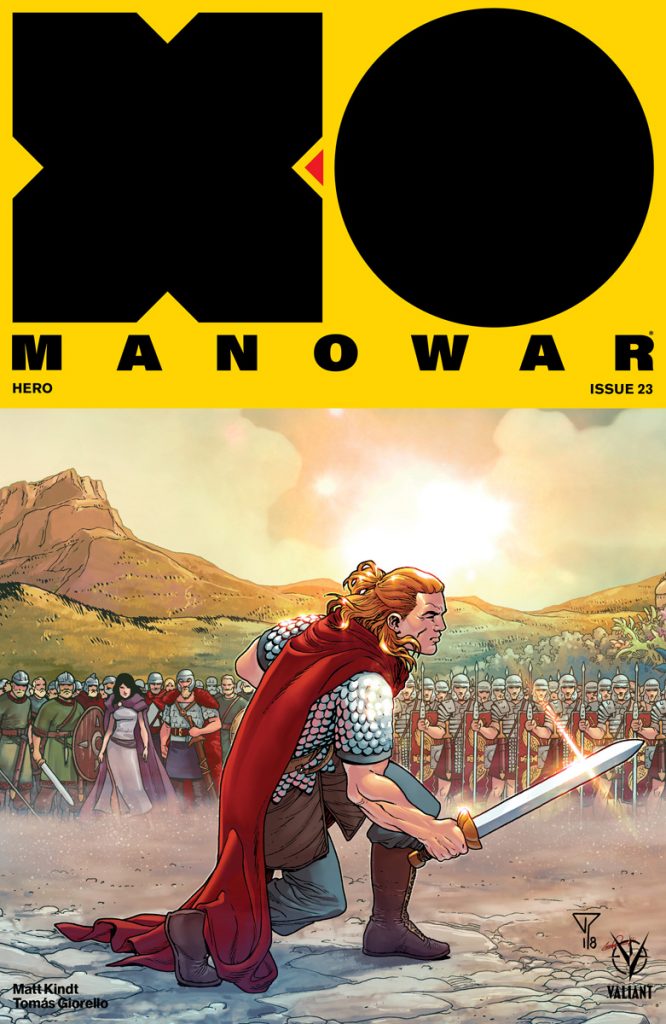 Plus: Make sure you don’t miss the X-O MANOWAR #23-26 PRE-ORDER EDITION BUNDLE, which can only be ordered as a set and must be ordered with your local comic shop by the final order cut-off date (FOC) ofDecember 31st, 2018!

Released monthly from January 2019 through April 2019, each PRE-ORDER EDITION comes packed with trade paperback-style extras and bonus content, including creator commentary, behind-the-scenes looks at the creation of the comics, process character designs and artwork, and first looks at upcoming issues – plus exclusive covers by interior artist Tomás Giorello (NINJA-K) that can’t be found anywhere else – all for no extra cost!

On January 23rd, the past catches up with Earth’s Visigoth guardian in X-O MANOWAR #23 – featuring covers by Kenneth Rocafort (The Ultimates), Diego Yapur (The Night Projectionist), Michael Manomivibul, and Francis Portela (QUANTUM AND WOODY!, FAITH)!