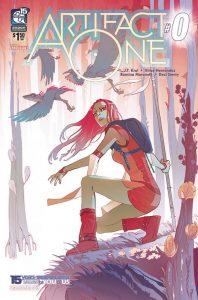 Along with her alchemist father, Remi works in secret, away from the prying eyes of the ruling clerics who lord over the realms of her world with their ancient decrees and strict devotion. Remi has her own sense of dedication – Her heart to adventure and her mind to the truth. But, what happens when that truth could change the fate of her entire planet, and destroy the very fabric of her civilization?

Life in the kingdom of Kaladon can be tricky, and you have to be ready to commit. For many, that means living by the word of the Akolouth, clerics who rule through fear born of religious zealotry. For those whose curiosity compels them to dig deeper into their world’s mysteries and search for other truths, it can be a dangerous place. The cleric lords don’t appreciate deviation from their word. To them, heretics who would dare to question their place in the world rather than accept it are a cancer that must be carved out.

Remi and her father do their best to stay beneath the cleric lords’ notice, but every day brings risks and challenges. Particularly when Remi can’t quite manage to keep her feet on the straight and narrow path. Equal parts explorer and daredevil she can be found outside the city, poking around in caves- and dodging their irate inhabitants. Eventually, because it’d be a pretty boring story otherwise, Remi’s going to have to stand tall in defiance of the Akolouth and their fundamentalist doctrine.

As an introduction to a new world of exploration and religious oppression, Artifact One’s zero issue opens up quite a few possibilities for Aspen’s new sci fi adventure series. Conceived while working the Aspen Comics booth at a convention, creators J.T. Krul & Vince Hernandez came up with the bones of their story while they were talking about their likes and dislikes in modern stories. In the end, they had the concept of young relic hunting Remi and her world of opposing beliefs.

The visuals for the alien world of Adenia have been left in the very talented hands of artist Romina Moranelli, and personally I think her work should speak for itself (but I have to talk about something, so…). She’s managed to walk a very fine line between crafting a wholly alien world, full of strange creatures and scenery, and keeping its people relatable. Moranelli’s work here should be getting her a bit of attention in the comicbook world, as she’s got a solid handle on every aspect of visual storytelling. Her characters are distinctive and identifiable despite the challenge of shared alien features, and the action has a good flow to it that makes it easy to follow.

Dezi Sienty bolsters both the art and the writing with some creative use of text effects. For the most part, it’s all pretty standard run of the mill stuff. Where I think Sienty does a great job is in the speech of the Akolouth clerics. It’s pretty subtle, but he’s managed to imbue these religious fanatics with sort of a raspy, other worldly “voice”. Most importantly for a letterer, none of Sienty’s work interferes or pulls attention away from the story & art.

Sure, this is an abbreviated introductory issue. That didn’t stop Krul, Hernandez, & Moranelli from fitting in everything they needed to whet a reader’s appetite. With the first issue debuting on October 10th, there’s plenty of time to build up some hype for Artifact One. This intro shows a lot of promise, and I’m looking forward to seeing how well it lives up to it all.

Hey, no pressure, guys. Just do what you do. 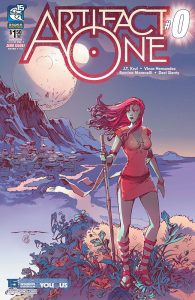 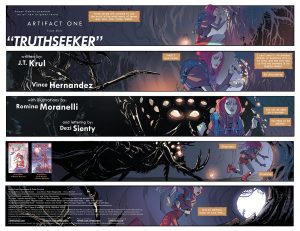 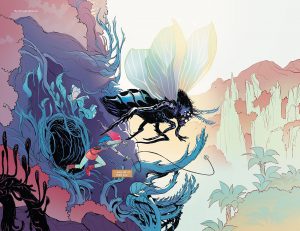 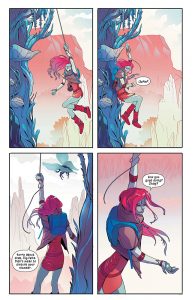 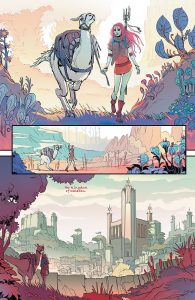