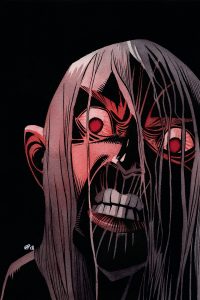 Little Girl #2
Devil’s Due Comics
Written by Pat Shand
Art by Olivia Pelaez
Colors by Fran Gamboa
With J.C. Ruiz
Letters & Design by Jim Campbell
Created by Pat Shand & Olivia Pelaez
In shops September 26, 2018 (so get those orders in!)

Now that her murder spree has begun, nothing will quell the fires of Abby May’s vengeance. As this tortured spirit continues to lash out at whoever inherits a mysterious penguin toy, she finds herself pulled away from her bouts of violence… toward a small, quiet home in Indiana.
———-
Little Abby May should have lived a long and happy life. Instead, she was given a crap roll of the dice and died much too young. She now finds herself tied to the toy penguin that was her only real comfort in life, and as the penguin continues to change hands, Abby May remains at the mercy of random happenstance. Or is she? When the toy is donated to a quiet little church in Quakertown, Indiana, Abby finds herself delivered into the hands of the flawed but well-intentioned Reverend Samuel. Can Samuel help little Abby May, or will he just be the next victim of her hunger for revenge?

In the first issue of Little Girl, readers were introduced to an angry little ghost. In the second issue, we’re given a little history on Abby May, and it shouldn’t surprise anyone that the story isn’t one about puppy dogs and rainbows. What’s more, we’re shown that there may be a hand at work as Abby May is passed from one location to another, rather than just being tossed around at random.

When I reviewed the first issue of Little Girl, I remarked that it was a great accomplishment as a horror comic. Writer Pat Shand continues with what made the series opener a solid entry in the genre, and takes it up a notch as he starts to explore Abby’s beginnings. With the introduction of Reverend Samuel, Shand takes the time to build up to what made Abby the spirit of vengeance that she is today, and have no doubt that there’s nothing soft or easy about her backstory. With the decision made to feature a child as a murdering ghost, it might’ve been less traumatic to leave her origin untold. Instead, Shand digs in and peels the truth back, one uncomfortable layer at a time. It’s that slow reveal that continues to make Little Girl a great horror title, because it doesn’t rely on the quick and easy “jump scare” tactic too common in the genre these days.

The other thing that makes Little Girl so awesome- also horrifying- is the great work put in by the artistic team. Co-creator and illustrator Olivia Pelaez has made an outstanding contribution to the lexicon of ghosts and monsters, as she’s imbued Abby May with hauntingly gaunt, angular features. Pelaez draws Abby in awkward postures, and the reader can easily imagine twitchy, jerky movements that are inherently unsettling, at least in my mind. Also, it’s impressive that Pelaez is able to convey all of the rage of a wronged little girl as she gives in to outbursts of murderous intent.

Rounding out the look of Little Girl, Fran Gamboa and J.C. Ruiz have used color to great effect. Every scene is done in its own color palette, with Reverend Samuel’s haunted dreams featured in a sick-looking green. Abby May herself is given a washed out blue tint, giving her a spectral appearance to go along with her ghastly frame. The lettering by Jim Campbell does exactly what it’s supposed to do, putting Pat Shand’s scripts to paper without taking anything away from the book’s visuals. Letterers are the unsung heroes, kids. I’ve seen bad lettering in a comic, and it’s tragic in its ability to completely ruin what would otherwise be a good story. With all of the good work done by Pelaez, Gamboa, & Ruiz, Campbell deserves a round of applause for doing his job in a way that compliments the story, not hindering it one bit.

While at first, Abby May could be compared to Samara (The Ring… or “Ringu” for those who prefer to original Japanese version) in appearance, she really is a horrific creature all her own. This creative team has done an outstanding job of telling her story, not all at once but one small sliver at a time… letting the tension build up toward an ending that I’m hoping is as unsettling as everything leading up to it. Little Girl is a horror comic for the discerning reader who wants more than shock and gore. 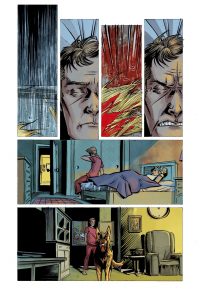 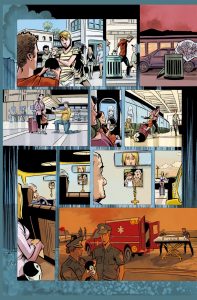 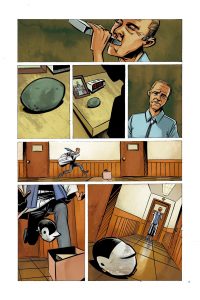 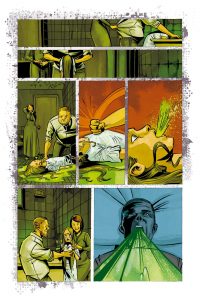