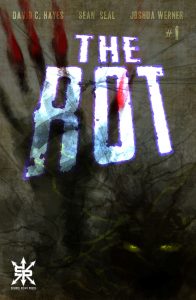 Published by Source Point Press
Availability: Now from the publisher’s website or Comixology; From your LCS starting in May.

Dr. Reginald Vance is a man of science. He’s been authorized to try out experimental treatments on prison inmates with terminal illnesses, which gives him full access to Dwight Cochran. Dwight is in prison for multiple life sentences for more than 100 contract kills, and it will be a shorter sentence due to the cancerous growth in his body. The treatment they give him will cure the cancer and enhance his instincts. What Dr. Vance didn’t count on was Dwight – he found God in a big way once he knew he was dying. Redemption is the only thing on his mind these days. Instead of getting an effective killer, Dr. Vance has created a crusader – the Rot. The Rot is now judging sinners, and his definition is pretty broad.

Source Point publications seems to have a genius for taking really fresh creative teams and giving them breathing room to work. The story by David C. Hayes took a premise that I thought I knew and turned it another direction. Sean Seal’s dark digital paintings turn the story further from anything that might remind you of a superhero comic, with murky tendrils to creep into your dreams. I really wanted to keep reading this after the third issue ended.

Seriously, this starts like any “mad scientist experimenting on a (relatively) innocent person,” like Deadpool or Wolverine or Luke Cage (hey, that’s a lot of human experimentation in the MCU/MCEU), but then it just takes a turn because of the nature of his powers, and you get this queasy feeling in the pit of your stomach that just makes you want to read more. The Rot feels like something that could almost happen today, and that’s the real horror. 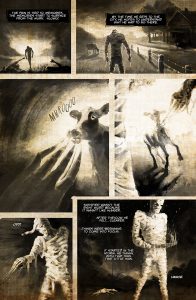 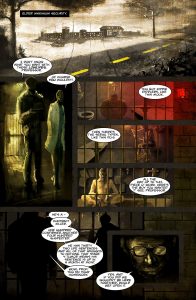 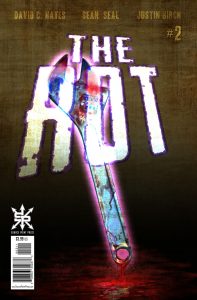 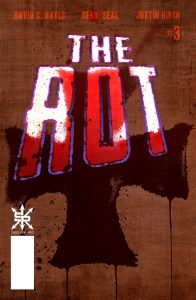