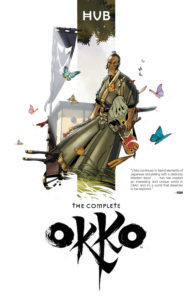 It is Year 1108 in the official calendar of the Pajan Empire. This turbulent age, often called the Asagiri Era, or the Time of Mists, saw the great clans wage decades-long wars in attempts to seize power. Far from the fields of battle, Okko the ronin heads a small group of demon hunters, wandering the realms of Empire. He is accompanied by Noburo, a mysterious giant who hides his face behind a red mask, and the whimsical monk Noshin, the saké lover with the power to summon and commune with the spirits of nature. When Tikku’s sister Little Carp is kidnapped by pirates, the young fisherman enlists the group’s help in finding her. But the quest will have a price, and will lead our four heroes much farther afield than they’d ever imagined….
———-

From master storyteller Hub, he Complete Okko contains Volumes 1-4 and the never-before-released-in-English Vol. 5 of his ambitious fantasy series that explores one ronin’s journey of redemption across a world that is as beautiful as it is violent. It is the Time of Mists in the Pajan Empire, an era of warring clans struggling for ultimate power. While most warriors shed blood on the battlefield for one clan or another, Okko the Ronin travels elsewhere on a more personal mission, hunting demons across the land with his companions. 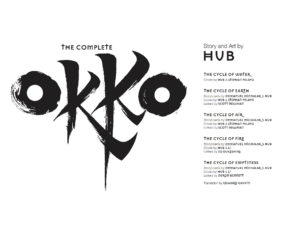 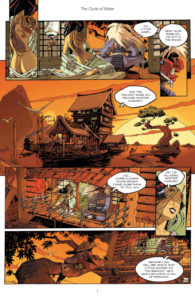 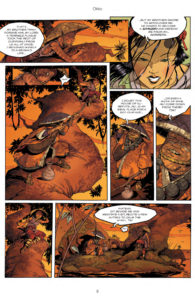 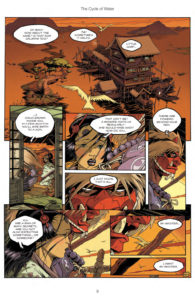 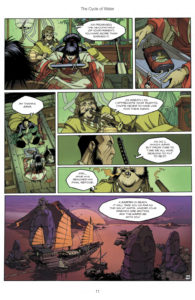 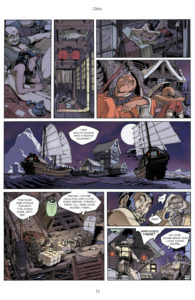 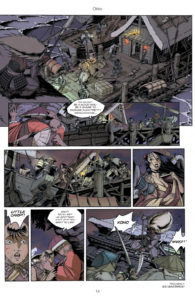 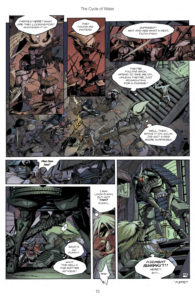 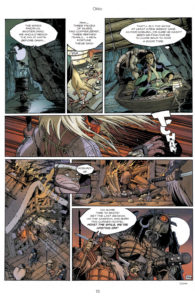