VAMPBLADE VOLUME 4 is the beginning of the second season of the series and is the perfect jumping on point for new readers. Fans of ZOMBIE TRAMP and DOLLFACE won’t want to miss comic fan Katie Carva, the mystically mysterious Vampblade, as she fights invisible other-dimensional vampires straight from the 90s comics of her namesake.

This volume features Vampblade in her shiny new chromed-out costume, which was picked by the fans. There will be plenty of other new twists and turns as well when Katie takes the comic shop crew to SoCal Comic Con to hunt vamps. Before you know it, the convention turns into a powder keg of 100,000 vamped out fanboys! Longtime fans and newcomers to the series won’t want to miss this explosive new volume!

Vampblade creator and writer Jason Martin comments, “Season two is a ton of fun! Not only do we get to evolve Katie and her story, but we get to unleash that all in sunny San Diego, in broad daylight, and with the stakes larger than they’ve ever been!”

VAMPBLADE VOLUME FOUR collects the first story arc for the second season of the hit Danger Zone series. Preorder it with the Diamond item code JUN171108 and look for it in comic book stores on August 16. 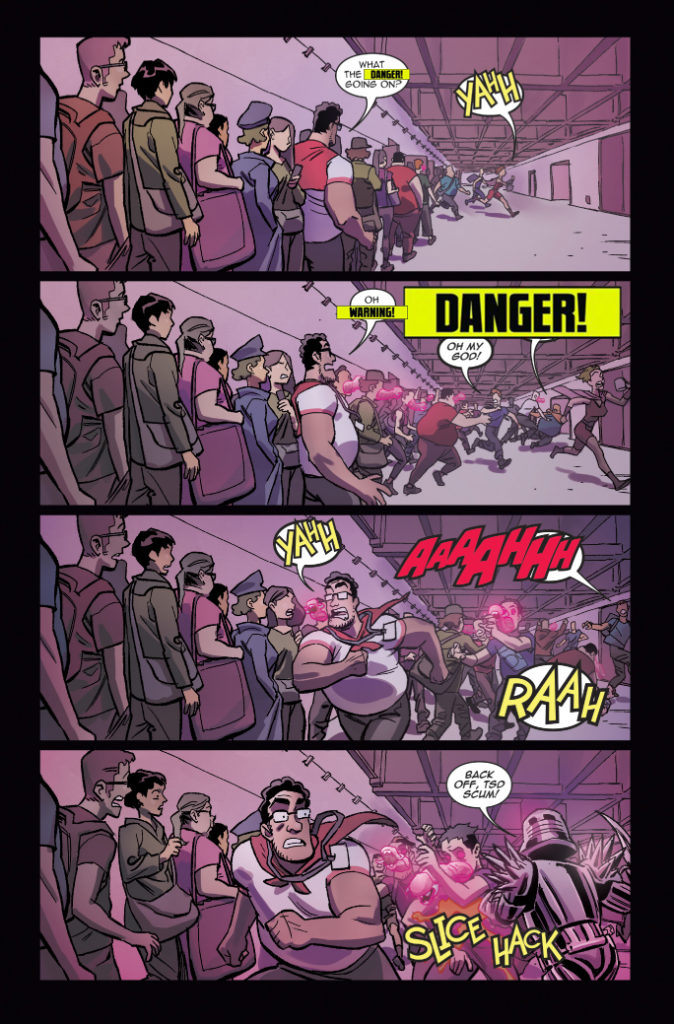 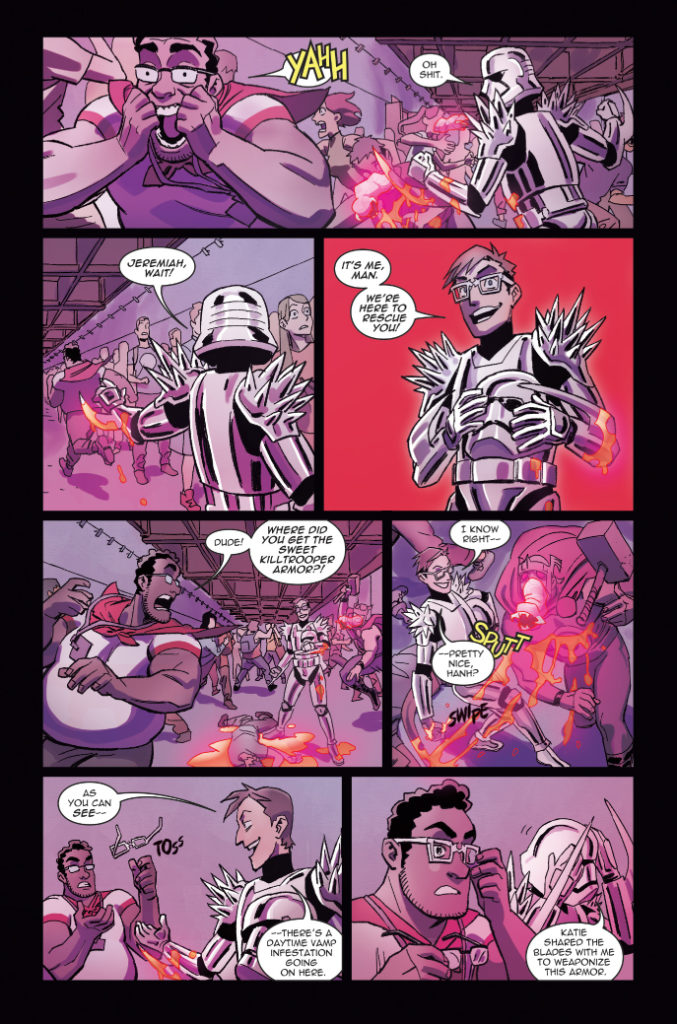 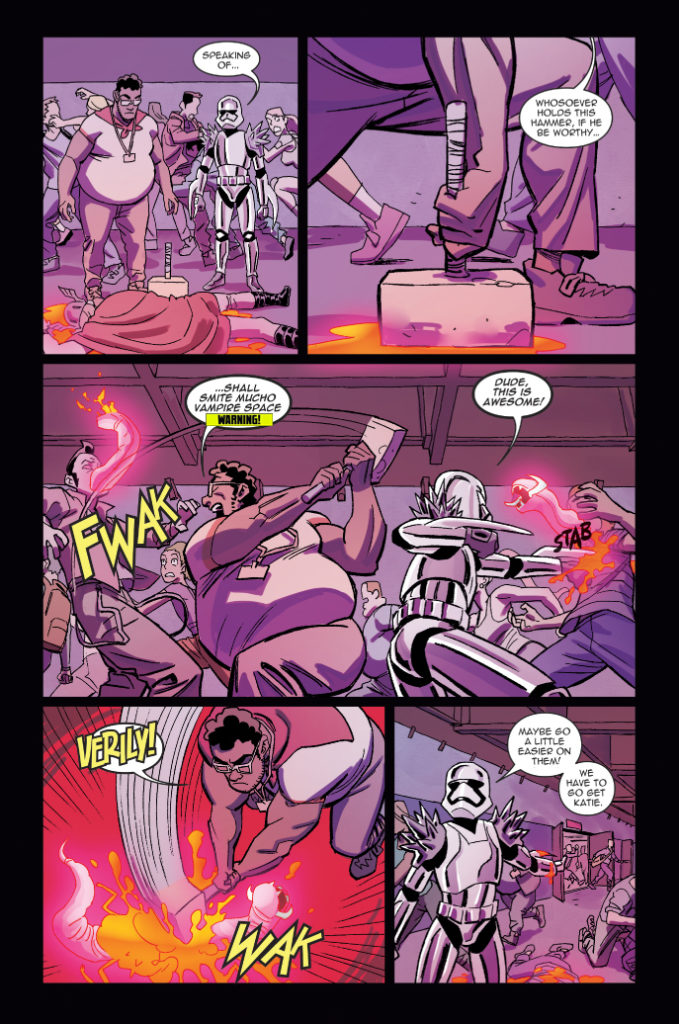 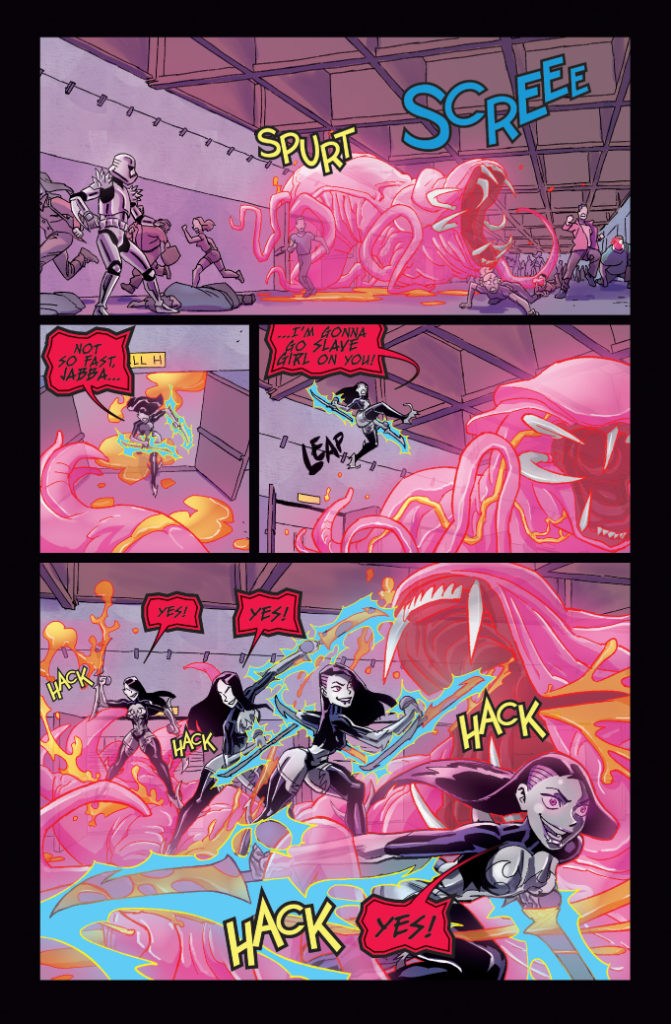 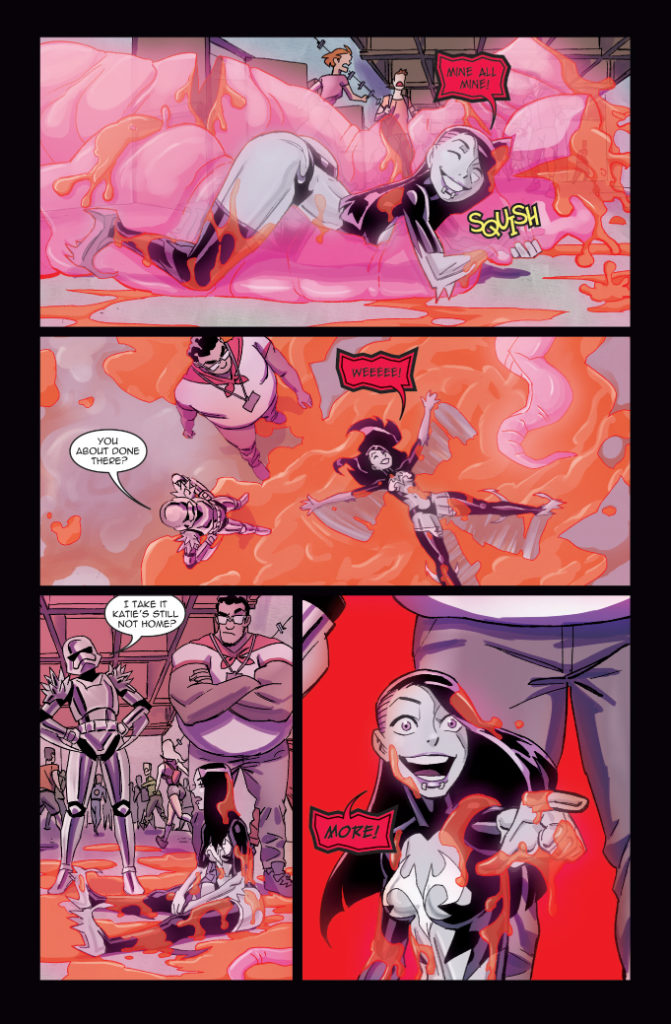 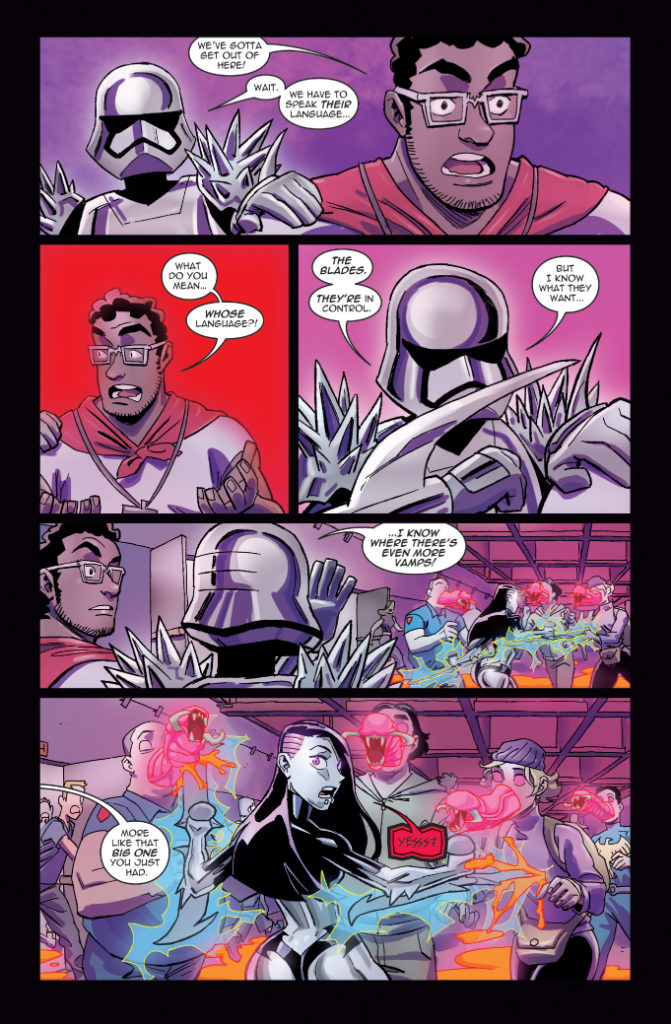 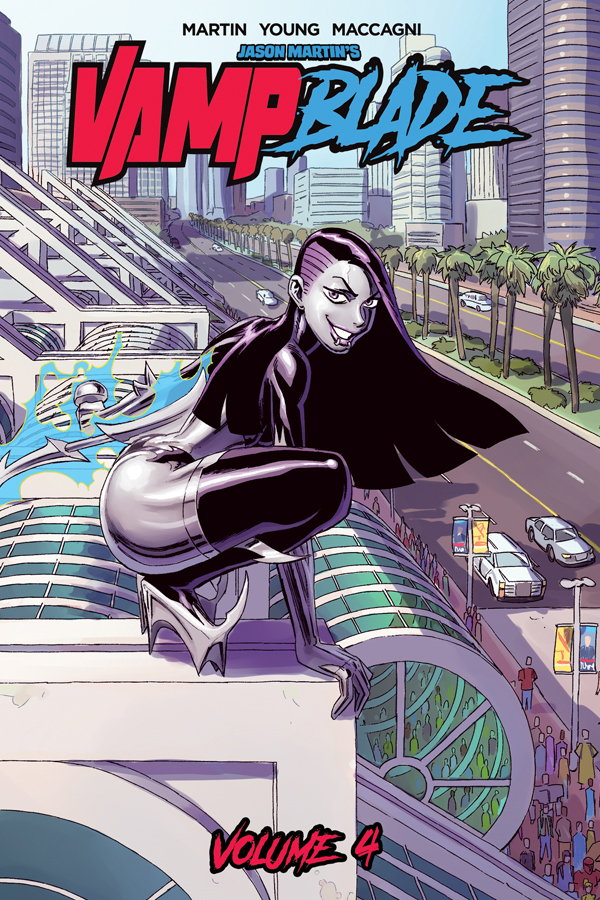