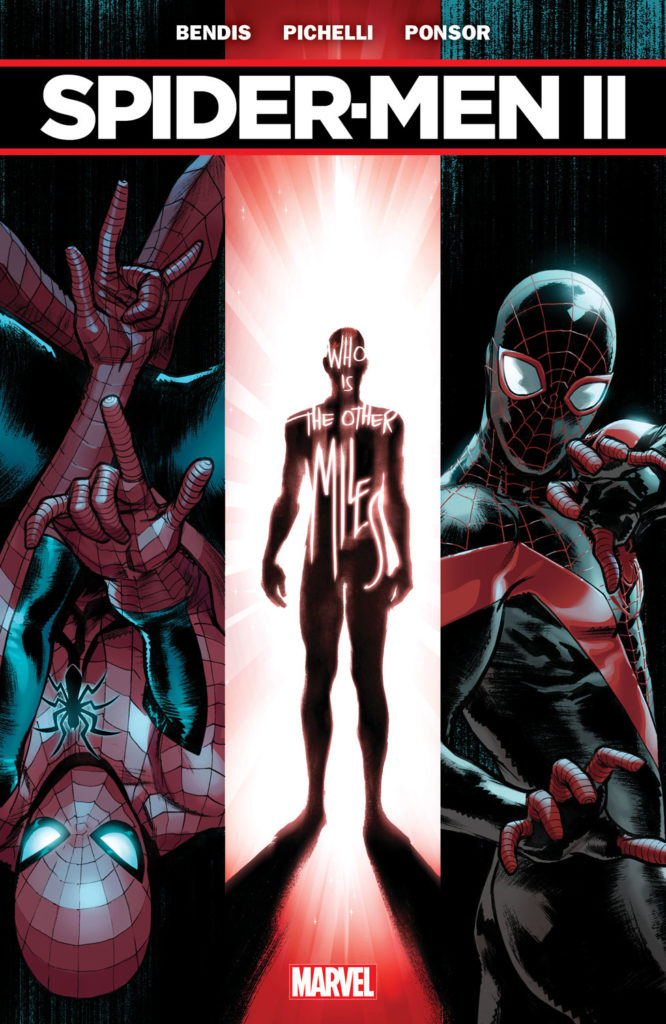 The wait is finally over! The sensational sequel to this spectacular spider saga has arrived! And the mystery hanging on the lips of comic fans the world over will finally be revealed! Who is the Miles Morales of the Marvel Universe?! It’s all happening this July as superstar creators Brian Michael Bendis & Sara Pichelli reunite to bring you their blockbuster follow-up in SPIDER-MEN II #1!

Following the shocking cliffhanger of the of the original Spider-Men, the question will finally be answered – who is the other Miles Morales?! Though the Miles you know and love now lives comfortably in the Marvel Universe, he’s not the only one! What is the secret of the Miles Morales who existed before him? The answers will shock you! And that’s just the tip of the iceberg as Peter Parker and Miles Morales collide for another heart-stopping adventure!

“It’s exciting just because this series is the one I’m asked the most about,” says writer Brian Michael Bendis in an interview with Marvel.com. “’When are you gonna follow up on this?’ and there just wasn’t a good time to do it until now, and all the stuff that’s happened since then has made the story that much more potent.”

The adventure is just beginning! Miles Morales and Peter Parker are back together again, to uncover a mystery that will shake them down to their very core! Be there when the can’t-miss SPIDER-MEN II #1 comes to comic shops and digital devices everywhere this July!

Missed the first Spider-Men? Don’t worry! To celebrate the announcement and upcoming release of Spider-Men II, read the first issue of the modern classic absolutely FREE. SPIDER-MEN #1 is free through the Marvel App and Marvel Digital Comics Store right now! What are you waiting for? Offer valid until Thursday April 27th at 9:59 AM EST on one (1) digital copy of Spider-Men #1 only. Marvel user account and internet connection required.