The Green Hornet is back and on the case! With his aide Kato and their rolling arsenal, The Black Beauty, by his side, The Green Hornet is ready to face the toughest of challenges! On police records a wanted criminal, The Green Hornet is secretly Britt Reid, owner/publisher of The Daily Sentinel. Reid and Kato have traveled to Central City to participate in the futuristic World’s Fair, and to get the skinny on the new and potentially dangerous “Newspaper of Tomorrow“, a device capable of predicting headlines before events happen.
Writer Fred Van Lente says, “I’m very excited to link these two iconic characters. The Spirit has been a favorite of mine since I was a kid, and the opportunity to pair Will Eisner’s legendary creation with a character that has an actual year in its name allowed me to age The Spirit cast fourteen years forward. In our world, the Spirit hasn’t been seen since 1952 (the year the strip ended) but suddenly this new guy has appeared in the mask and hat — one who will look pretty familiar to longtime fans. Who is this guy, and why has he returned? This is the mystery Green Hornet and Kato must solve.”
Fred Van Lente is the #1 New York Times bestselling, award-winning writer of comics like Dynamite’s The Mocking Dead and Magnus: Robot Fighter, Archer & Armstrong (Harvey Award nominee, Best Series), Action Philosophers! (American Library Association Best Graphic Novel for Teens), and Cowboys & Aliens (with Andrew Foley), the basis for the feature film.
Artist Bob Q says, “I’m incredibly excited to be working with Fred Van Lente who has written a script that’s fun all the way through. Artistically, my plan is to capture that spirit as best I can with a series of ham-handed pencil and brush strokes. What I’m really striving for, though, is to shake up masked-vigilante fashion. It’s time to trade in spandex onesies, capes, and pouched belts and get back to some nicely tailored suits and fedoras. If you’re going to fight crime, do it with some class.”
“The Green Hornet and Will Eisner’s The Spirit have been incredibly successful properties for us, thanks to these characters’ dedicated and eternal fan base,” says Nick Barrucci, Dynamite CEO and Publisher. “We’re thrilled that after many decades in print, the characters are still able to resonate with fans – both old and new – across the globe, and now courtesy of a titanic team-up of their trademark trench coats!”
The debut issue of The Green Hornet ’66 Meets the Spirit features a wide selection of cover variants, providing fans and retailers with the freedom of choice! The cover artwork features the talents of the award-winning husband and wife team, Mike and Laura Allred (Batman ’66, X-Force, iZombie), Ty Templeton (Batman 66, The Simpsons) and Javier Pulido (The Amazing Spiderman, Robin: Year One), respectively. Limited variant editions in “Black & White” and “Virgin Art” formats are also available as retailer incentives for comic shops that support the launch issue by achieving stocking thresholds.

The Green Hornet ’66 Meets the Spirit #1 will be solicited in Diamond Comic Distributors’ May 2017 Previews catalog, the premier source of merchandise for the comic book specialty market, and slated for release in July. Comic book fans are encouraged to reserve copies with their local comic book retailers. The Green Hornet ’66 Meets the Spirit #1 will also be available for individual customer purchase through digital platforms courtesy of Comixology, Dynamite Digital, iVerse, and Dark Horse Digital. 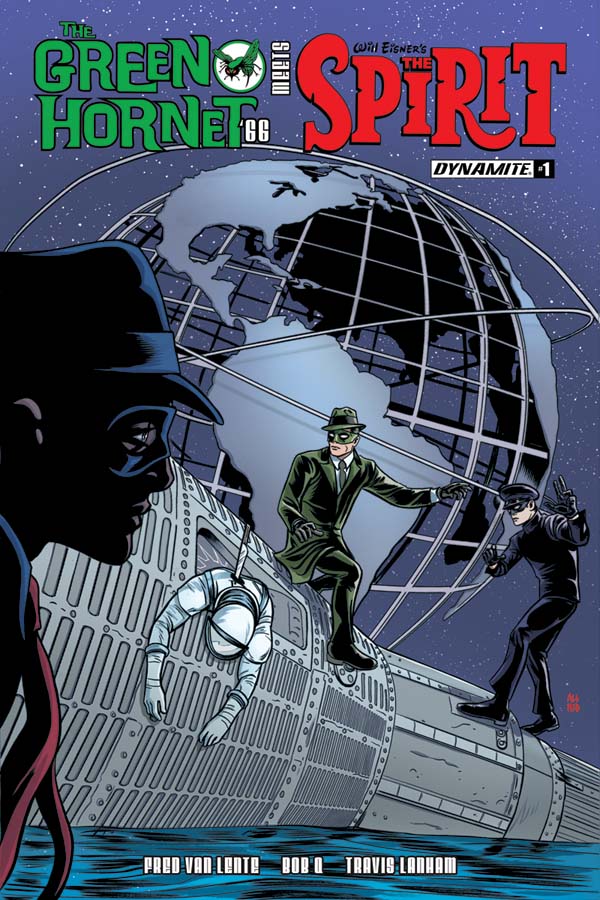 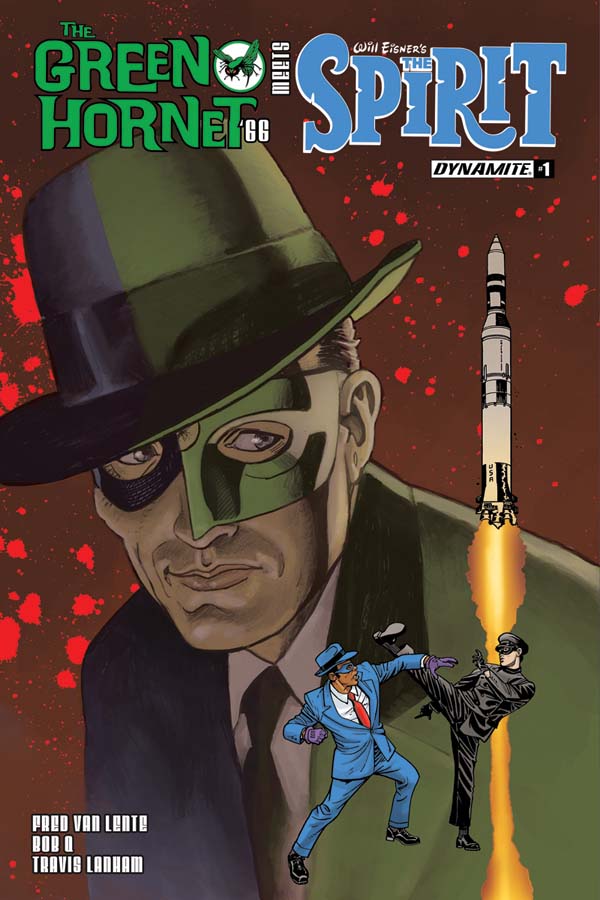 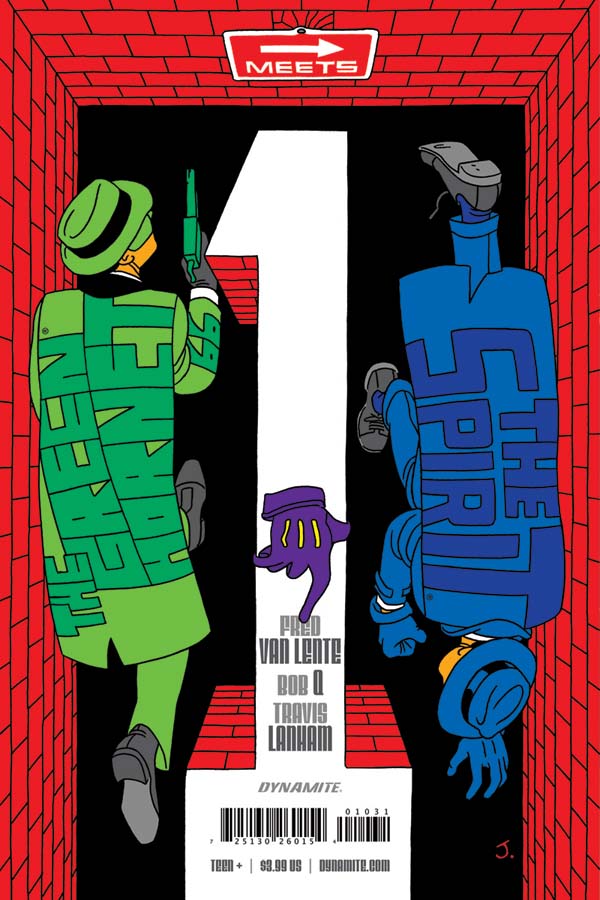 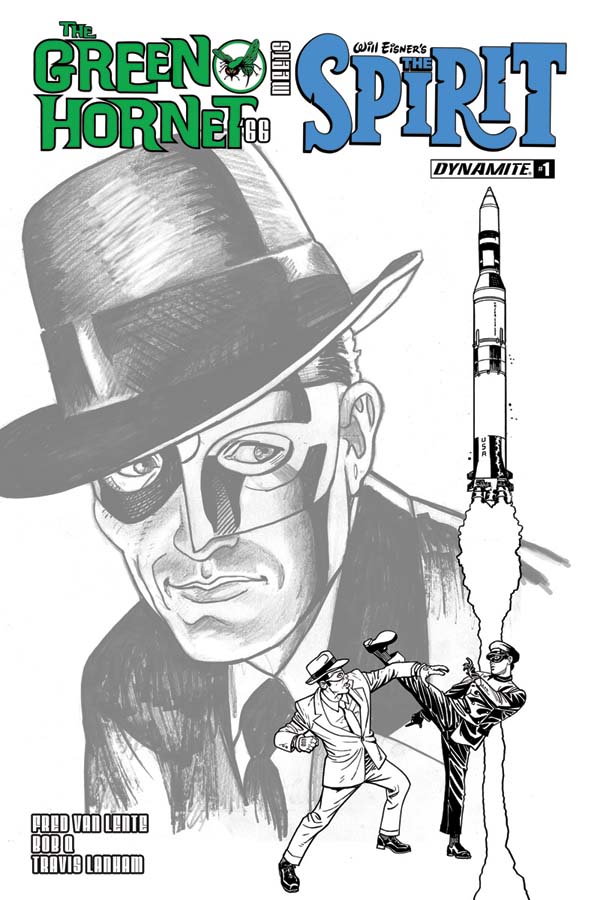 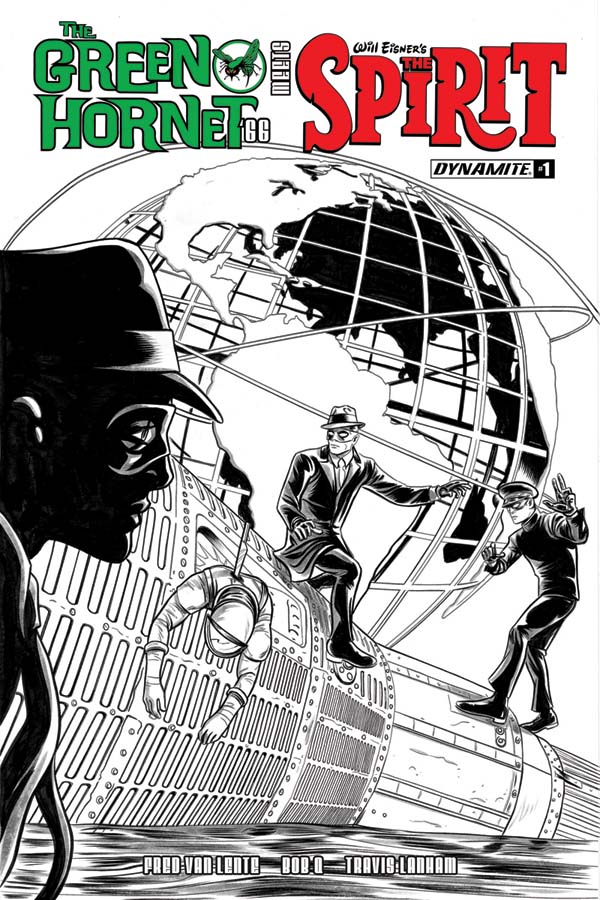 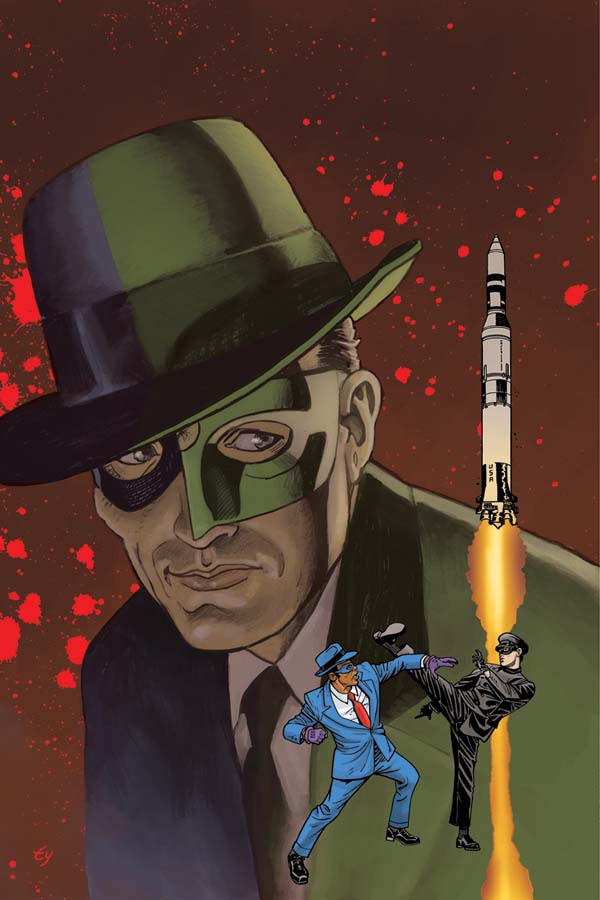 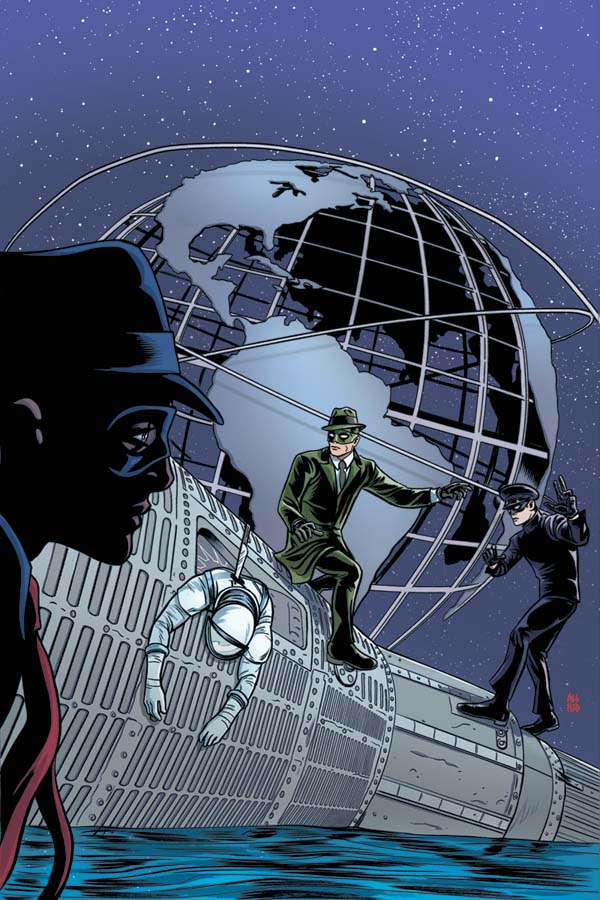