Terrytoons’ animated superhero Mighty Mouse has delighted fans the world over since his first appearance in 1942. Now, Dynamite Entertainment announces his triumphant return to comic books for the first time in nearly 30 years, with a series written by Sholly Fisch, illustrated by Igor Lima, and featuring variant cover artwork for the first issue by industry legends Alex Ross and Neal Adams.

Imagine that the world’s greatest hero has been exiled to another dimension — an alien world, where not even the laws of physics work the way they should. The only person who even believes the hero exists is a young kid whom no one will listen to. And yet, the hero — who just happens to be a cartoon mouse — remains the shining light that this drab, cynical world needs to restore its color and life. Here comes Mighty Mouse to save the day in his most unexpected adventure yet… right here, in the real world!

This summer, Dynamite will celebrate the character’s 75th anniversary with a brand new comic book series for a whole new generation of fans. Mighty Mouse was first conceived in 1942 as a parody of another cape and cowl hero introduced a few years earlier, and went on to star in countless animated films for the better part of the next 20 years, finding a new life on Saturday mornings in the 1960’s.

“One of my favorite things about writing comics is getting the chance to play with characters I’ve loved all my life,” says writer Solly Fisch. “And what’s not to love about Mighty Mouse? Not only is he funny, but of all the super heroes you can name, there aren’t many who dedicate themselves quite so literally to fighting for the (ahem) little guy. When I was a kid, my sister and I used to get up early to watch Mighty Mouse cartoons on TV and, in those prehistoric pre-DVR, pre-streaming days, we’d tide ourselves over between shows by listening to our Mighty Mouse record (yes, on vinyl. I said it was prehistoric.) Decades later, I fell in love with the character all over again, thanks to Ralph Bakshi’s brilliantly insane Mighty Mouse TV series. Now, I get to contribute yet another unique spin on Mighty Mouse, as we bring him rocketing out of Mouseville and into the real world… and couldn’t we all really use someone to come save the day? It’s all pretty cool, and I’m having enormous fun with the series. Hopefully, everyone else will, too! Oh, and did I mention that I can still sing the entire Mighty Mouse theme song by heart? Don’t get me started!”

“Mighty Mouse is one of the greatest standout creations in the history of animation,” says Dynamite CEO and Publisher, Nick Barrucci. “Mighty Mouse was a huge part of my childhood, and has been an influence for many characters since, most famously Osamu Tezuka’ Astro Boy. It’s hard to believe a character so ready-made for comics has been gone from the medium for almost 30 years. I’m thrilled that Dynamite will introduce this American icon to a whole new generation of fans!”

Under license by CBS Consumer Products, Mighty Mouse #1 will be solicited in Diamond Comic Distributors’ April 2017 Previews catalog, the premier source of merchandise for the comic book specialty market, and slated for release in June. Comic book fans are encouraged to reserve copies with their local comic book retailers. Mighty Mouse will also be available for individual customer purchase through digital platforms courtesy of Comixology, Dynamite Digital, iVerse, and Dark Horse Digital. 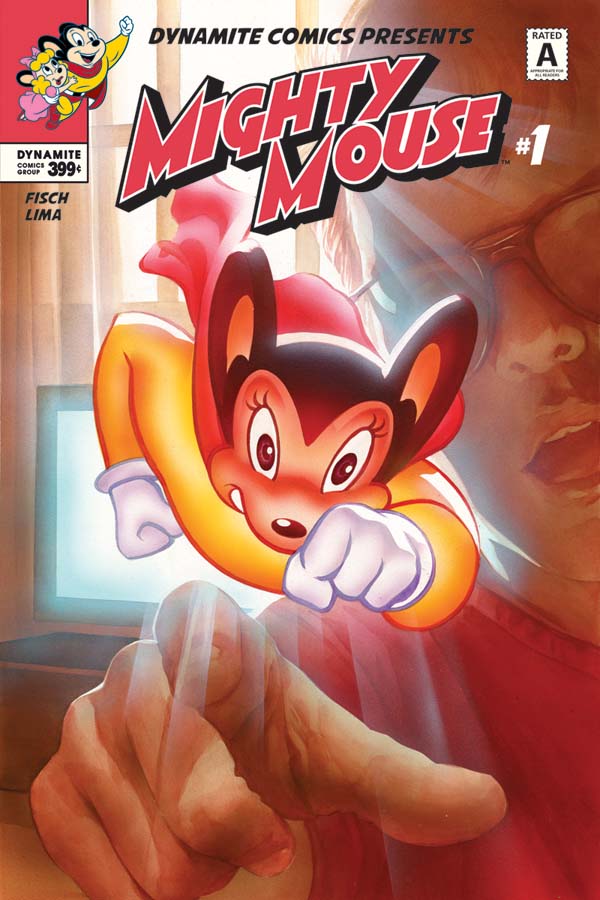 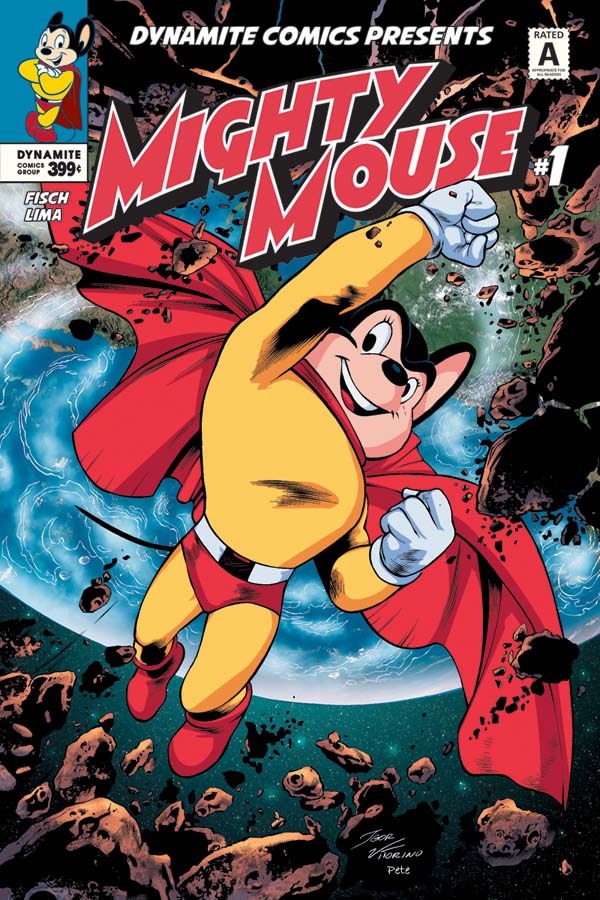 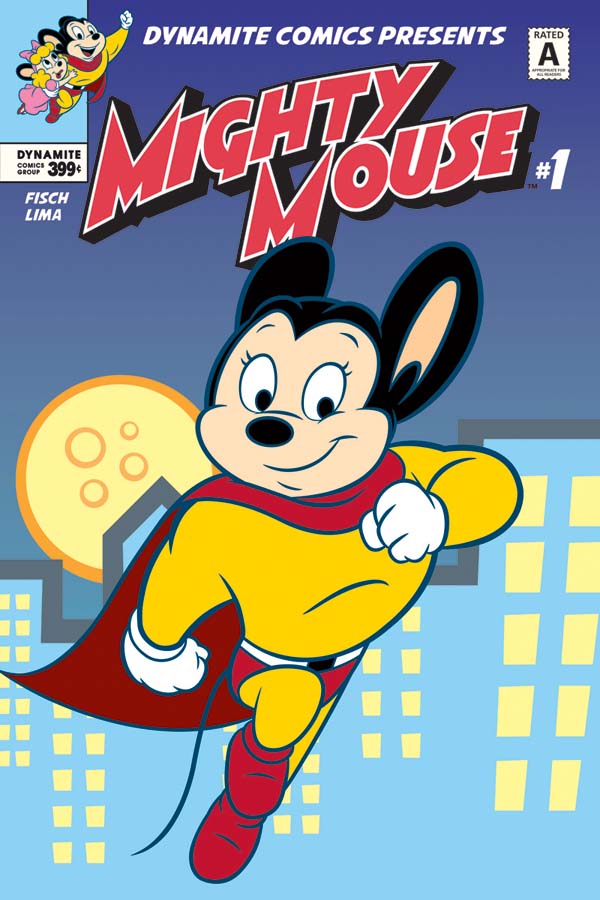 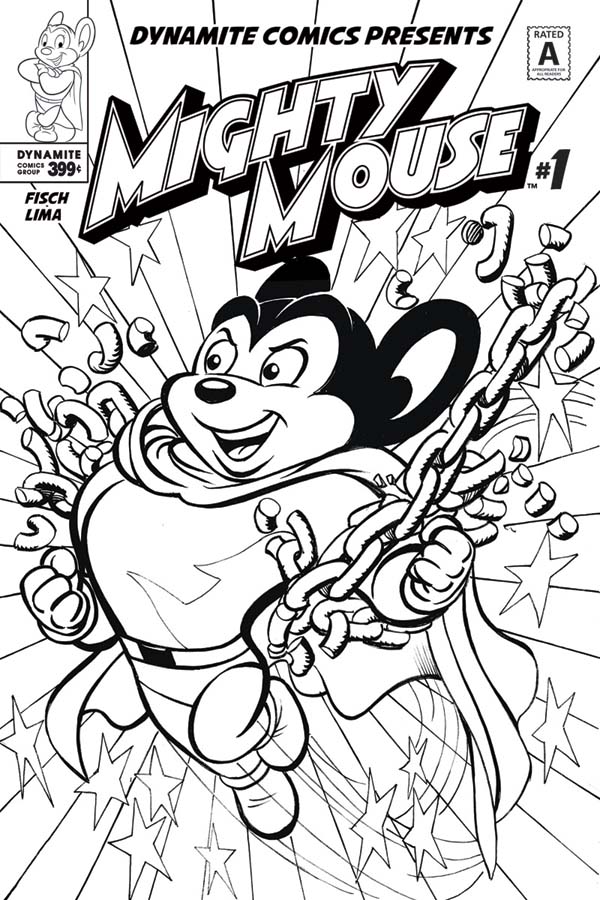 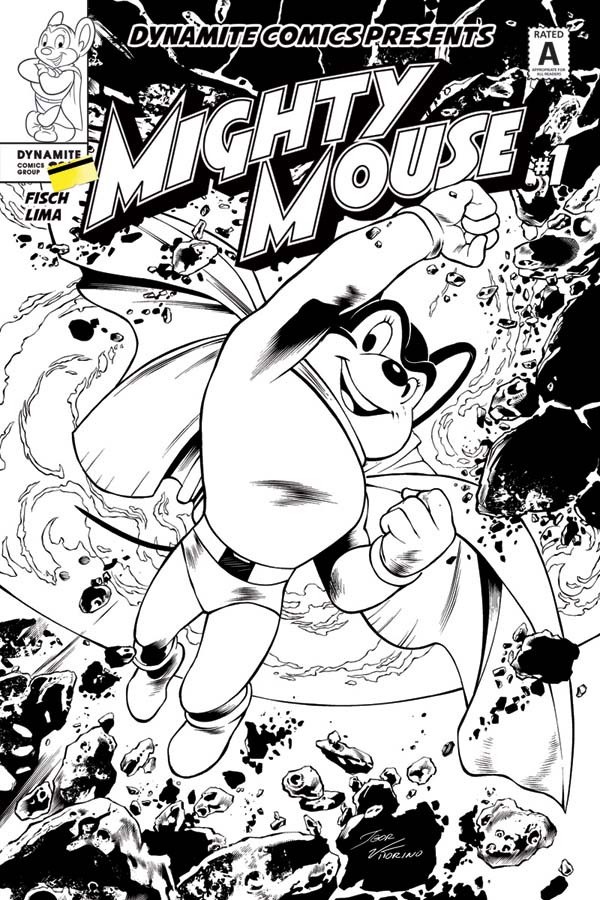 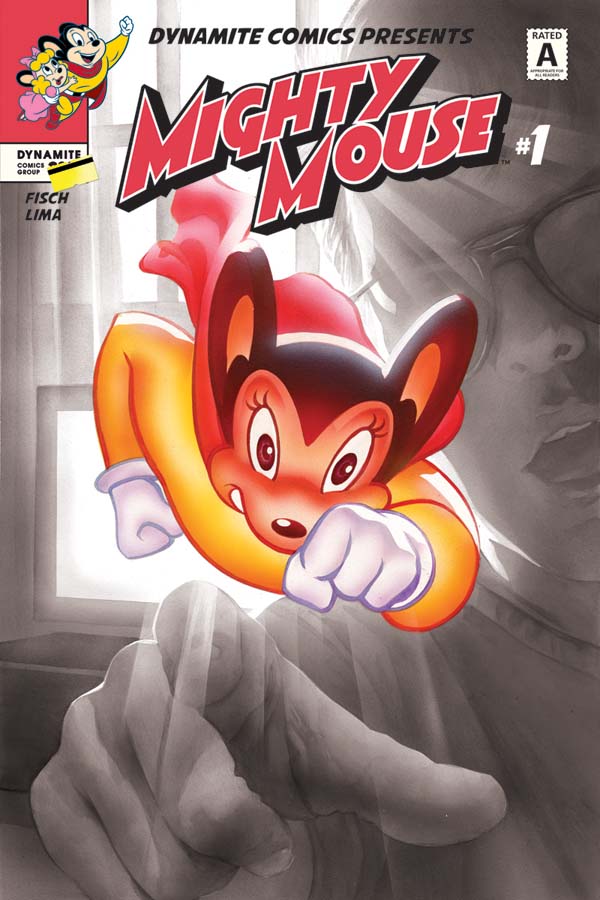 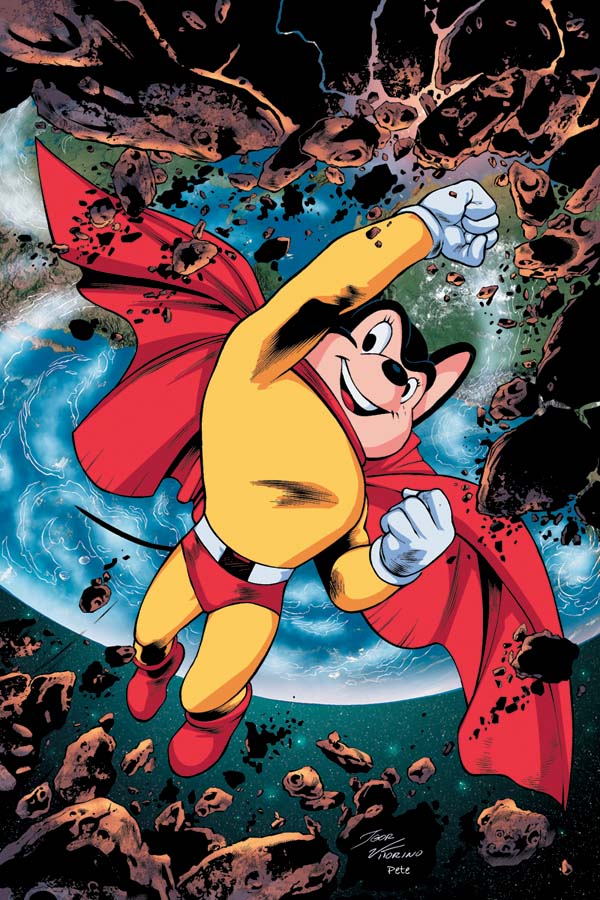 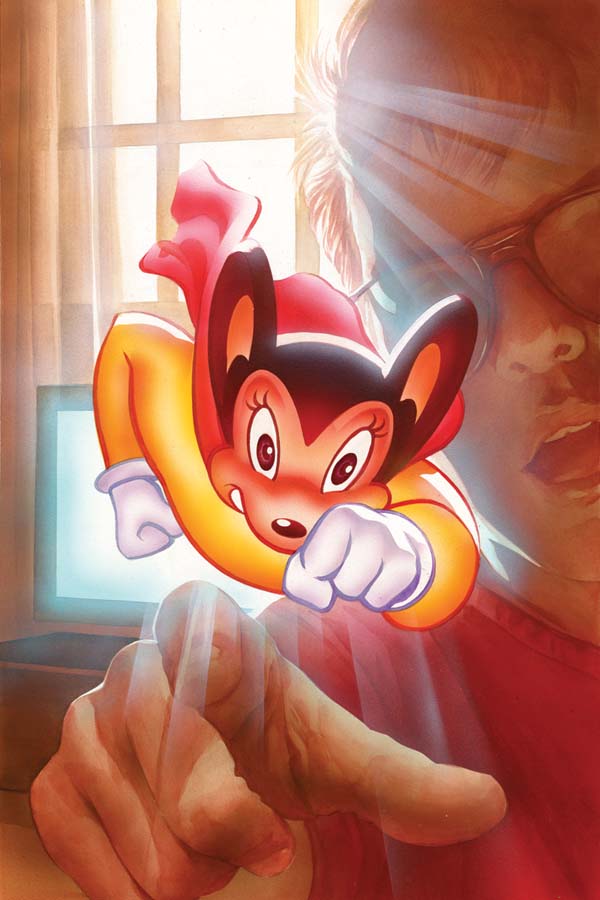 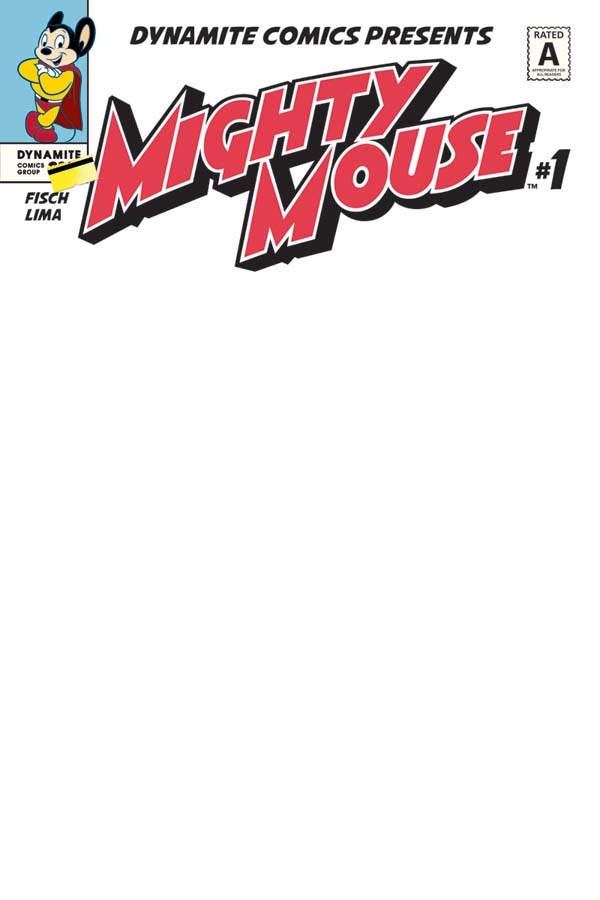