Dynamite Entertainment is proud to launch Ash Vs. The Army of Darkness, an all-new series in the popular comic book franchise based on the 1992 cult favorite film, with a #0 issue at the introductory retail price of only $0.99. This great value, billed as “S-Mart Special Pricing” as a in-joke to hardcore AOD enthusiasts, will welcome new fans as the perfect comic book “impulse buy”. The opening chapter in the latest Army of Darkness epic comes courtesy of the red-hot writing team of Chad Bowers and Chris Sims (X-Men ’92, Swordquest), along with artist Mauro Vargas (Crossed: Badlands).

For 25 years, Ash Williams has been waging a war in film and comics against the Army of Darkness. Now, Dynamite Entertainment is proud to present the next thrilling chapter, kicking off in this special prelude! Ash may be the Chosen One, but that doesn’t mean he can hold down a steady job at S-Mart. When he’s scrambling for employment, will he find himself once again thrown into battle against the Deadites? Here’s a hint: The book ain’t called Ash: The Guy With A Regular Job Who Doesn’t Battle Against The Forces of Evil.

“Army of Darkness, and really Sam Raimi’s entire filmography, is such a major influence on how we approach storytelling,” says co-writer Chad Bowers. “Being turned loose inside that sandbox and having a chance to add to the AOD mythology feels like something we’ve been working toward for years, and hopefully it reads that way, too. And I dare anybody to tell me Ash Williams isn’t the toughest ass-kicker in horror! What he lacks in brains, he more than makes up for by having a chainsaw for a hand. That’ll get you a long way in this world!”

“I saw Army of Darkness when I was nine, and I’ve literally described it as a life-changing experience. It might’ve been the most influential movie I’ve ever watched — in terms of the stories that I like and how much I love smartass everyman heroes that stumble into having to do the right thing — and almost everything I’ve written has had a variation on that idea kicking around in it,” says co-writer Chris Sims. “One of our big goals whenever we sit down to write a new story is to keep things moving fast enough that nobody has a chance to get bored, and with Ash, escalating those situations was so much fun.”

“Chad and Chris bring such vibrant life to their scripts; they translate their own enthusiasm so incredibly to the work, and they are Army of Darkness fans through and through. Teaming them with Mauro Vargas, an exceptional rising star (especially in the realm of hardcore horror), will ensure that longtime fans and curious newcomers are more than satisfied!” says Nick Barrucci, CEO and Publisher of Dynamite Entertainment. “Celebrating AOD’s anniversary with a 99-cent introductory-priced #0 issue is a great way for our retail partners to welcome as many customers as possible to the world of Ash Vs. The Army of Darkness with minimal risk. Put copies on your store shelves and watch as impulse buys ensue — Ash is back, and we couldn’t be happier!”

Army of Darkness is a 1992 fantasy/comedy film with strong horror elements starring Bruce Campbell (Burn Notice), the third installment in a trilogy featuring reluctant hero Ash Williams. Directed by Sam Raimi (Spider-Man), the film saw its tough-as-nails, wise-cracking protagonist transported from the modern era to the Dark Ages in his continuing war against demonic evil. Army of Darkness generated a dedicated fan following for its premise and lead actor. Since 2004, Dynamite Entertainment has been the proud home to Army of Darkness comic books.

Ash Vs. The Army of Darkness will be solicited in Diamond Comic Distributors’ April 2017 Previews catalog, the premiere source of merchandise for the comic book specialty market, and slated for release in June. Comic book fans are encouraged to reserve copies with their local comic book retailers. Ash Vs. The Army of Darkness will also be available for individual customer purchase through digital platforms courtesy of Comixology, Dynamite Digital, iVerse, and Dark Horse Digital. 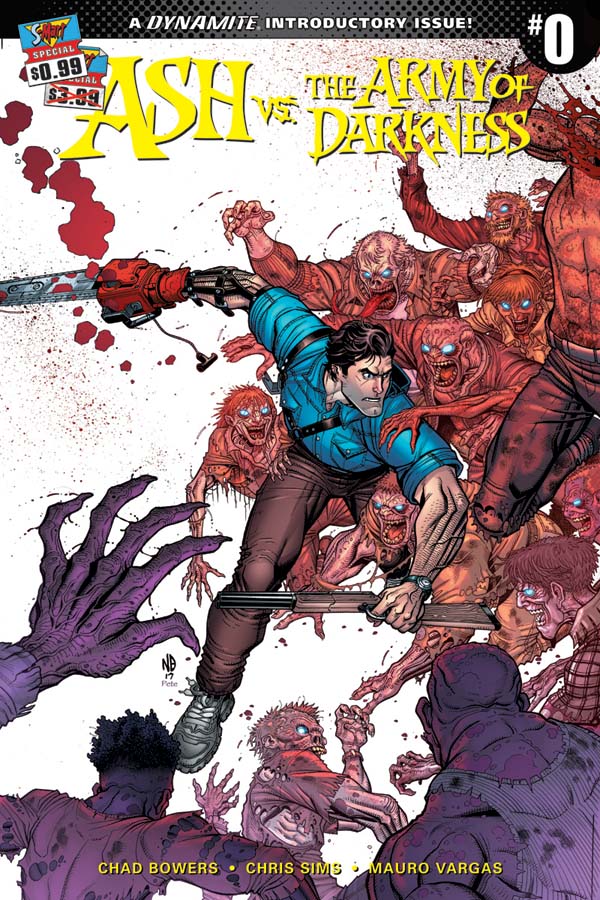 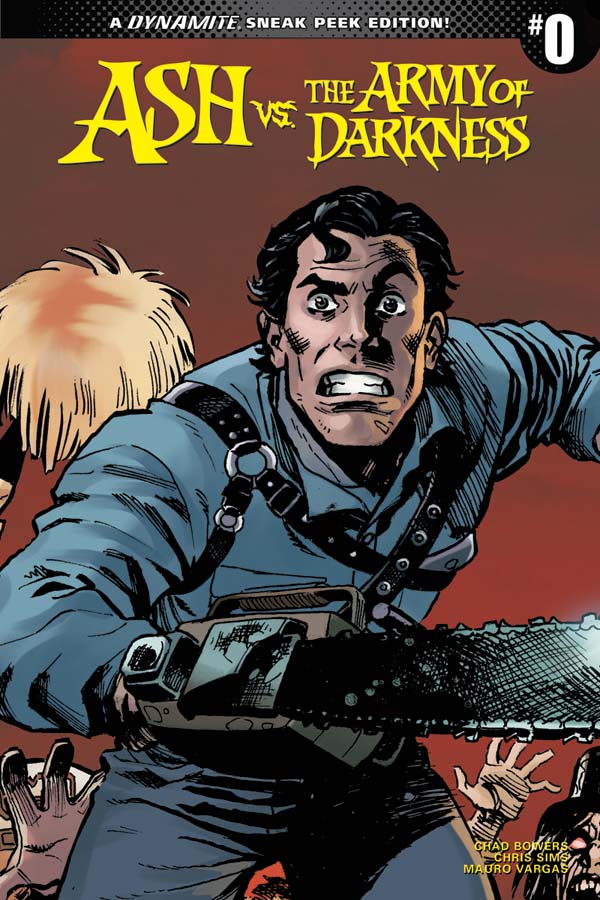 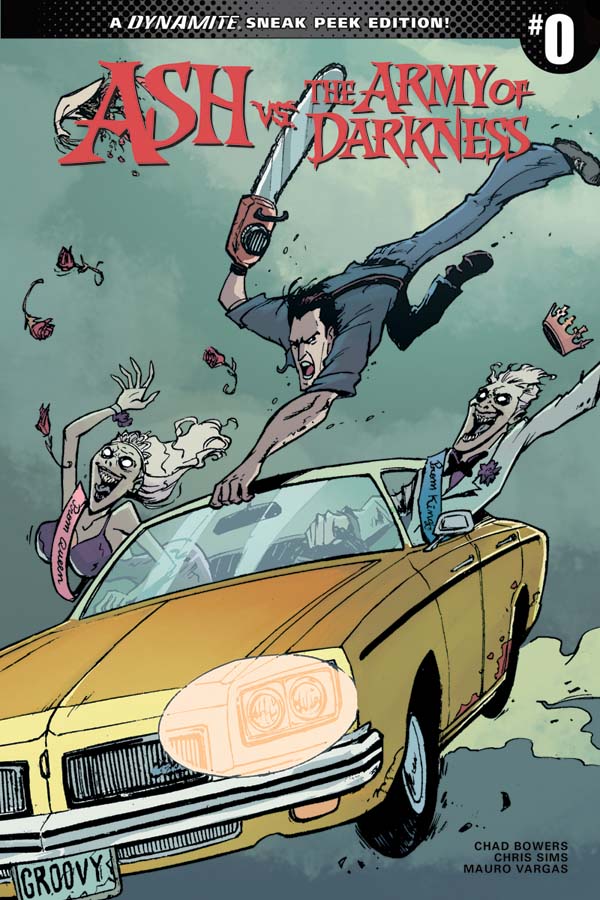 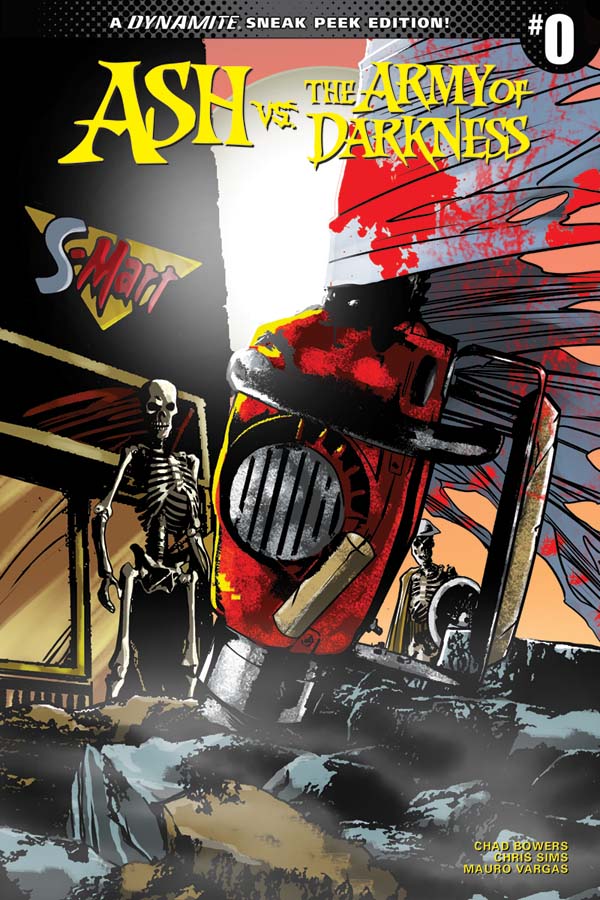 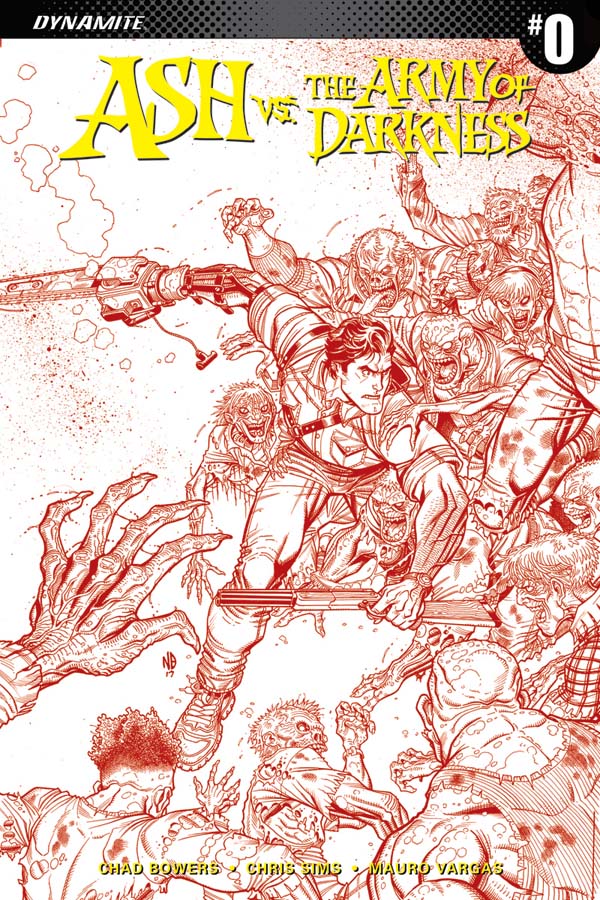 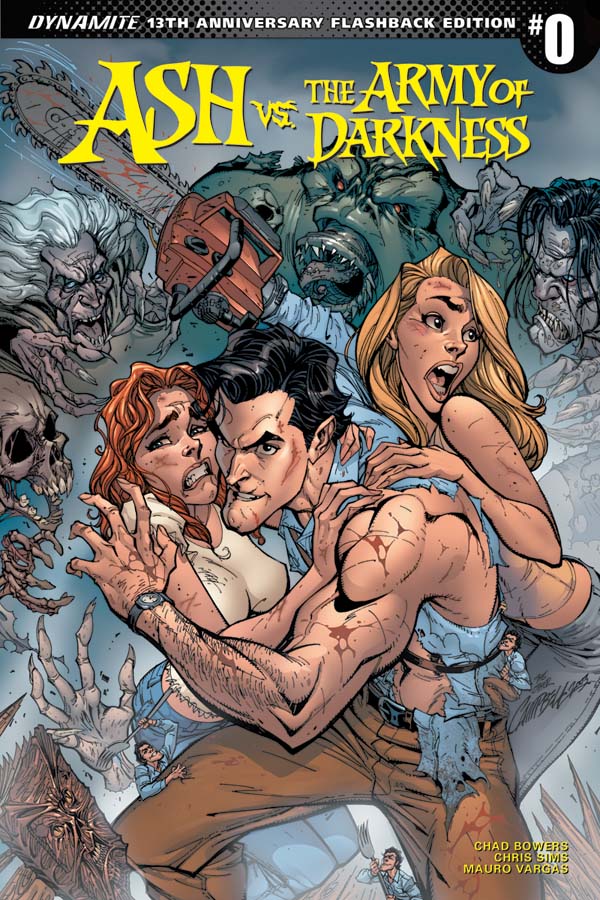