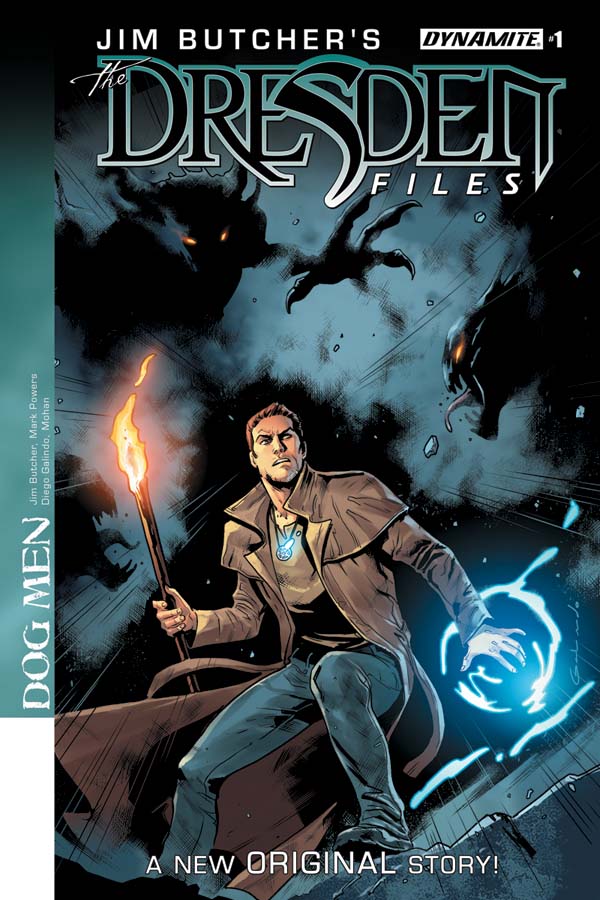 Harry Dresden is a man on the edge – and that is something that can be dangerous to friend and foe alike. He’s been drafted by a senior member of the White Council of Wizards to investigate a series of murders in rural Mississippi. As always, there’s more afoot than is immediately apparent. The question is, will Harry’s state of mind keep him from seeing it, and will his actions lead him into direct conflict with the wizard who’s depending on his help?

“This is a fun project, because we get to play with a Dresden that is much closer to the character as he exists in the most recent books,” says Jim Butcher. “We get to see both Mouse and Molly in action, to show Marcone demonstrating why he’s the Baron of Chicago, and to pit Dresden against an archetypical foe of the Wardens of the White Council, a power-maddened warlock. We get to go on an adventure in Undertown, the Stygian labyrinth beneath Chicago, and in general have all the monsters, adventure, and uneasy alliances that are what the readers of The Dresden Files have come to expect from the stories. I love the way the story came out, and I look forward to creating more comic books with Dynamite!”

“What I’m most excited about with Dog Men is the opportunity to pit Harry against foes he’s never faced before, fight alongside an ally he’s never fought with before, and operate in a role that is less the master and something closer to apprentice. More than anything else, I’m jazzed to be collaborating on a story where we’ll see Harry in a very different state of mind than we’re accustomed to, as the tragedies and anguish of his recent adventures are beginning to take their toll on him,” says co-writer Mark Powers. “Working on these original stories is always a pleasure; the world Jim has built is so rich and diverse, I think we could play in it forever. There’s always some corner we can expand upon, and characters that we may have seen briefly in one or more of the novels that we can give more of a spotlight to. That’s very true of this series in particular.”

“Our ongoing partnership with author Jim Butcher on The Dresden Files has grown into one of the cornerstones of Dynamite’s publishing line. Each series has been beloved by his fiction audience and comics fans alike,” says Dynamite CEO and Publisher, Nick Barrucci. “We are certain that Dog Men will be no exception, and we are honored to continue to grow the comic book and graphic novel library of The Dresden Files!”