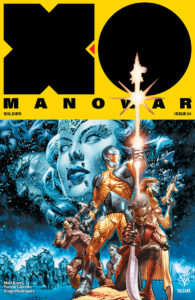 For old fans of Visigoth warrior Aric of Dacia, it was a sad, sad day when Valiant put his long-running series to rest. X-O Manowar has been one of Valiant’s flagship titles since 1992. Created by Jim Shooter & Bob Layton, Aric has been kicking ass and taking heads for decades, first as a primitive warrior fighting for his people’s freedom from alien captivity, and then as the unstoppable bearer of the sentient X-O armor Shanhara. As this new series opens, Aric is just looking for the peace and quiet every old soldier craves and to that end he’s abandoned the X-O armor, leaving it buried under a pile of rocks. He’s found love, or a reasonable facsimile thereof, on the primitive planet of Gorin. There, he tends a garden and does everything he can to stay away from the mounting civil war as a rebellion takes a stand against the oppressive Cadmium regime.

As in all literature, peace is an illusion and war is eternal. Before long, Aric is conscripted into the army of the rebel forces. Shoved into the front lines with no armor or weapons, serving as cannon fodder for the “real soldiers” behind him, Aric comes to realize that the warrior within is always there. Once prodded into action, he does what he’s always done…

This action packed first issue of the latest incarnation of X-O Manowar is a testament to the writer’s mantra, “show, don’t tell”. Aric is a man of few words, doing his best to leave his past in the rearview mirror, to simply live his life. When the action starts, there are even fewer words as Aric demonstrates that he’s always been more than just the Shanhara armor, and that his warrior’s instincts leave no room for hesitation. When the rebel forces make their final push against the Cadmium stronghold, readers are treated to a sequence almost devoid of dialogue, with rapid fire action and impressive splash panels that could have served as storyboards for the opening scene from Saving Private Ryan. Tomas Giorello’s artwork is outstanding here, showing every aspect of war from withering gunfire to showers of blood as troops try to navigate a minefield. All the while, Giorello finds the time to home in on the icy stare of Aric of Dalcia, warrior of the Visigoths, who’s been at war for nearly the duration of written history. With the odds against him, Aric just grits his teeth and moves forward.

Lest you start thinking that this issue is just setting out to be a gorefest, all of the violence and bloodshed (hey, that’s a heavy metal song… ironically by the heavy metal group Manowar… no relation to Aric or this book) serves a very specific purpose. Matt Kindt places Aric squarely among that pantheon of literary heroes, the reluctant soldiers who seem destined to find a war to fight no matter how hard they work to stay the hell out of trouble. While I was reading the issue, I was actually feeling bad for Aric… sure, maybe more bad for his enemies… as Kindt was able to show the fatalism behind Aric’s attempts to live a life of peace. As much as he insisted that he wanted to live a peaceful life, to not get sucked into violent events, I don’t think he ever really believed it would happen. Once those events catch up to him he seems to go on autopilot and falls into old rhythms.

Trust me, there’s as much character insight written into this opening issue as there is action. This is an awesome jumping on point for anyone who’s looked at a cover of X-O and thought it looked like a cool comic to get into, but didn’t want to tackle all that very long backstory. Sure, there’s history that you may not be aware of, but once you’re into the concept of the reluctant hero, you just might change your mind and decide to tackle Aric’s history. Sure, there’s a lot of it to wade through, but there are worse ways to spend your time. It’s not like you were actually going to solve the riddle of cold fusion, right? 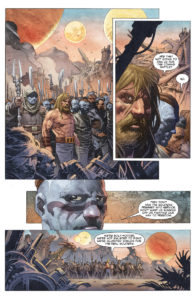 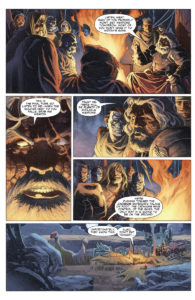 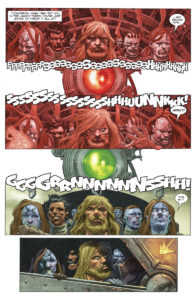 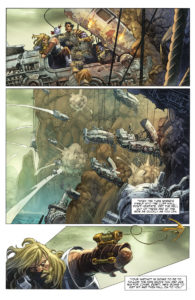 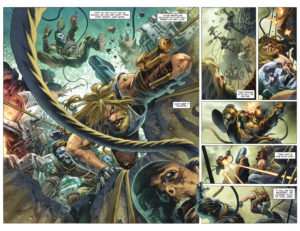 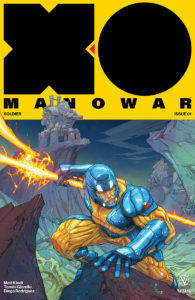 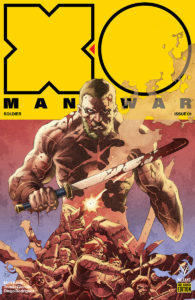 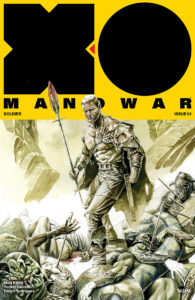 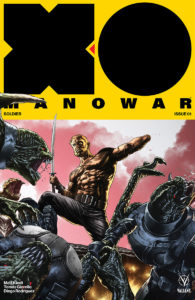 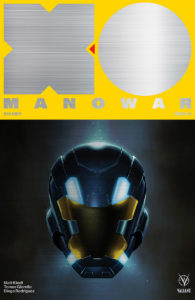