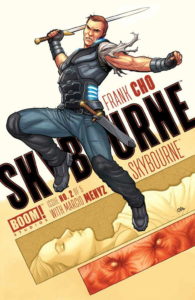 A new, original series from celebrated creator Frank Cho (Totally Awesome Hulk, Savage Wolverine)!
Full of fast-paced action, Skybourne is Indiana Jones meets James Bond with fantasy elements thrown in. Cho describes it as “one of the most cinematic stories I’ve envisioned.”
The legend of King Arthur is alive and well in modern day. Only one man, Skybourne, can stop the evil Merlin from destroying the world.

In the wake of Merlin’s attack on his sister, Skybourne’s quest for revenge is at a fever pitch.
———-

Not a full review, since I covered the first issue last month and don’t like beating the poor dying horse…. I’ll just say that all controversy aside, Frank Cho is one of the few creative talents out there who can combine outstanding artwork with sharp writing. His characters are more than two dimensional eye candy, written with depth and often wit to satisfy many tastes. If all you see when you think of Frank Cho are scantily clad women, you’re missing out on the point and the irony that I think is behind them.

At the core, Skybourne is a great modern day fantasy, with action to spare and not a bikini to be seen. Forget what you might’ve read, the “Outrage!” that some media sources will tell you that you should be feeling when considering Cho’s work. In this original concept, he’s building his own world, complete with a history and mythology built on top of what we think we know.

And yeah… The man does draw some pretty pictures. 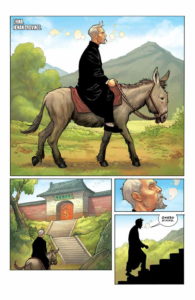 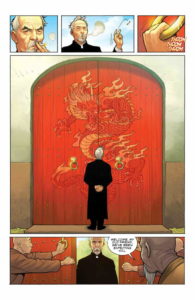 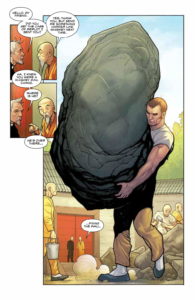 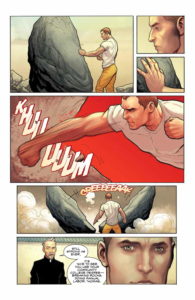 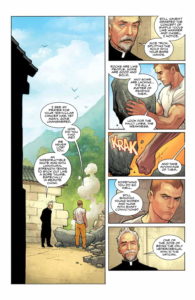