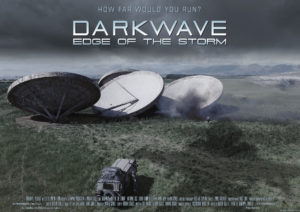 One hundred years from now, the DARKWAVE has left mankind stranded across the galaxy. On a distant planet, New Earth 72, a young family is on the run, escaping from the clutches of the Ministry. David, Sarah, and their young son Ben, stumble across a burning outpost. Starving and fatigued, they risk capture to stop and search for supplies, only to discover the terrifying cause of the outpost’s destruction. More dark secrets are revealed before a deafening noise of an approaching starfighter forces them to seek escape. As the ominous machine hovers above, the Ministry’s reason for hunting them is spectacularly revealed.
———-

Scheduled for a release this summer, Edge of the Storm is an extremely ambitious short film introduces audiences to a pretty bleak future. With faster than light space travel lost with the destruction of the all important crystal shards, human colonies throughout the galaxy are left to fend for themselves. Sarah (Nathalie Cox), her husband David (Robin Kirwan), and son Ben (Ben Shahin-Scales) are on the run, traveling the barren landscape of New Earth 72. Their goal, at least the short term for the purpose of this 23 minute video, is to stay out of the hands of the Ministry, and to keep young Ben safe at all costs. They take a stop at the ruins of a communications outpost, hoping to find some needed supplies. What they wind up finding answers a few questions, but leave many more behind.

Taken with Scales’s other video production, The Drift, it becomes very obvious that this is a universe begging to be explored. Now, on my first viewing, Edge of the Storm left me wondering what I’d missed… and after watching it again, I realized that I missed a LOT. There are so many details and Easter Eggs piled in that I’m pretty sure there’s still stuff in there I haven’t caught. What I can say is that those layers, planted here and there as hints into the larger universe I’m hoping we’ll get to see, are a testament to the amount of thought and imagination Darren Scales has put into his universe.

There have been several video shorts posted all over the internet, and with computer editing advancing and becoming more accessible to the amateur filmmakers of the world they’re getting better and better. In Edge of the Storm, we’re given a look at what I honestly hope will turn into a fully realized series, if this intro can get some momentum upon release. Follow Darkwave Pictures on Twitter, Facebook, and Instragram for more info on the production as well as the release date. 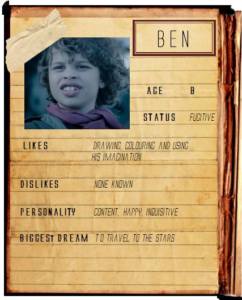 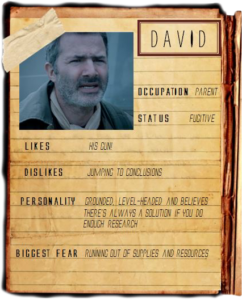 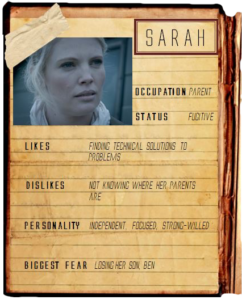