The Space Heists of Vyvy and Qwerty looks pretty awesome – Back it today!

Back this ==> Kickstarter HERE

The Space Heists of Vyvy and Qwerty is a sci-fi buddy comedy comic about two best friends roaming the universe as thieves-for-hire. It is initially being released digitally

breakdown about the characters from the author:

Vyvy was abandoned by her smuggler parents as a young child. She was playing in the cargo hold of their ship while on a routine contraband run, when authorities hailed them to stop. Not knowing Vyvy was down there, they jettisoned her and the cargo before they could be searched.

Whether or not they ever tried to look for her, she doesn’t know, but Vyvy never saw her parents again.

Vyvy picked pockets and stole to survive her entire life, becoming more and more proficient at it until she was able to acquire her own ship. She’s been one of the universes most active thieves-for-hire ever since.

Qwerty was created by an outlaw cyborg, known only as Fathertron. Intended to be his best creation, Qwerty turned out to be a little… broken. His high processing power allows him to be self aware, like many other robots, but with it also came a disorder known as hyperactive processing.

This condition necessitates that Qwerty always be acquiring and analyzing information. As such, he is constantly multi-tasking and getting easily distracted.

With the only way to fix Qwerty being a procedure that wipes out his identity, he opted to run away from home and Fathertron instead.

Spending some time on his own, he quickly learned that the universe is often unkind to robotic beings. Luckily for him, it wasn’t long until he met Vyvy and joined her as a thief-for-hire.

Message from the author directly from the Kickstarter page!

Vyvy and Qwerty is a book about friendship at it’s core. It examines the relationship between two loners who depend on each other both professionally and emotionally, and tackles how messy that can be.

They are each other’s chosen family, making ends meet as they steal and pilfer from galaxy to galaxy, until they get pulled into something much bigger than themselves. There’s something ancient festering in the most toxic and darkest reaches of space, and Vyvy and Qwerty might just be the only ones who can stop it!

I also want to state that we’re very proud of these characters. They’re fun, multifaceted, and represent a diverse modern universe. The idea of a “strong female protagonist” gets thrown around a lot, but I truly feel Vyvy embodies what the phrase is supposed to mean. She’s a self-sufficient hard worker, a woman of color, and a relatable action hero. Characters like (and unlike) Vyvy, who is of Asian/Caucasian heritage, populate the entire world of The Space Heists of Vyvy and Qwerty. 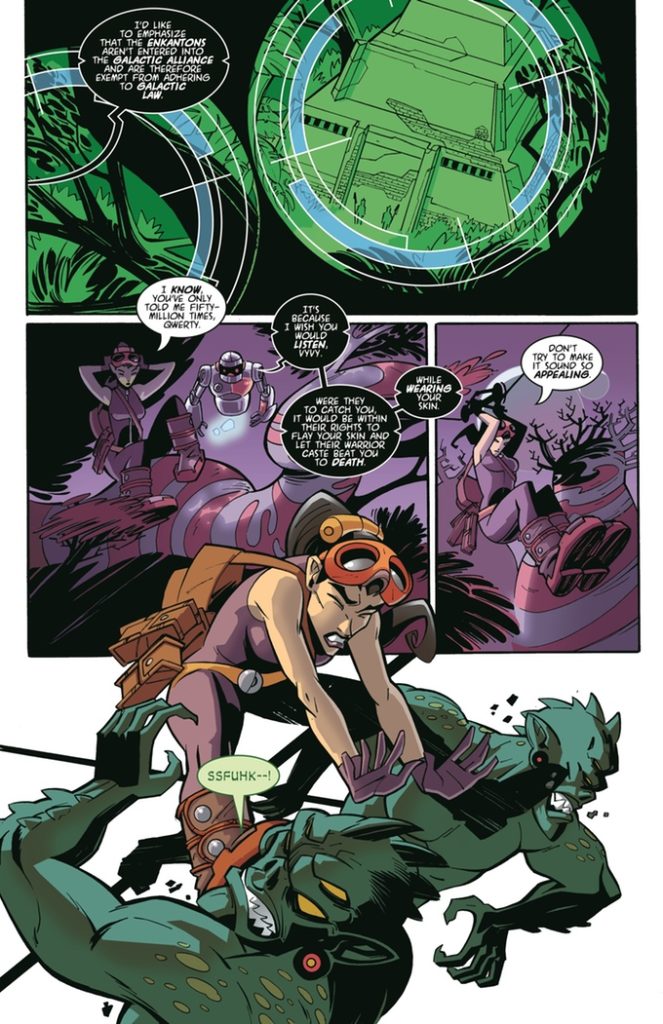 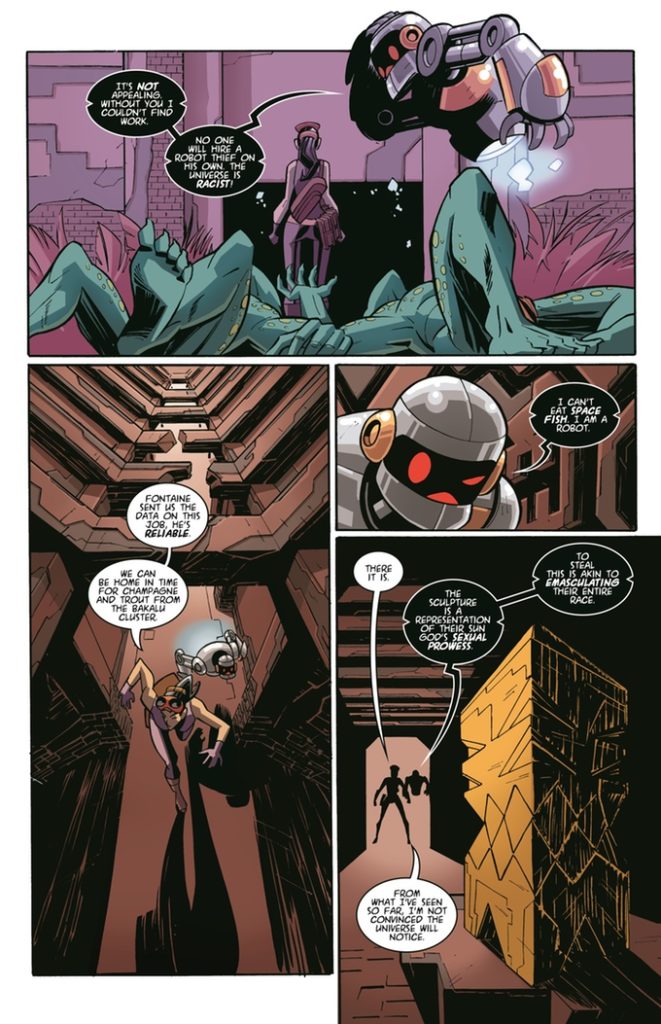 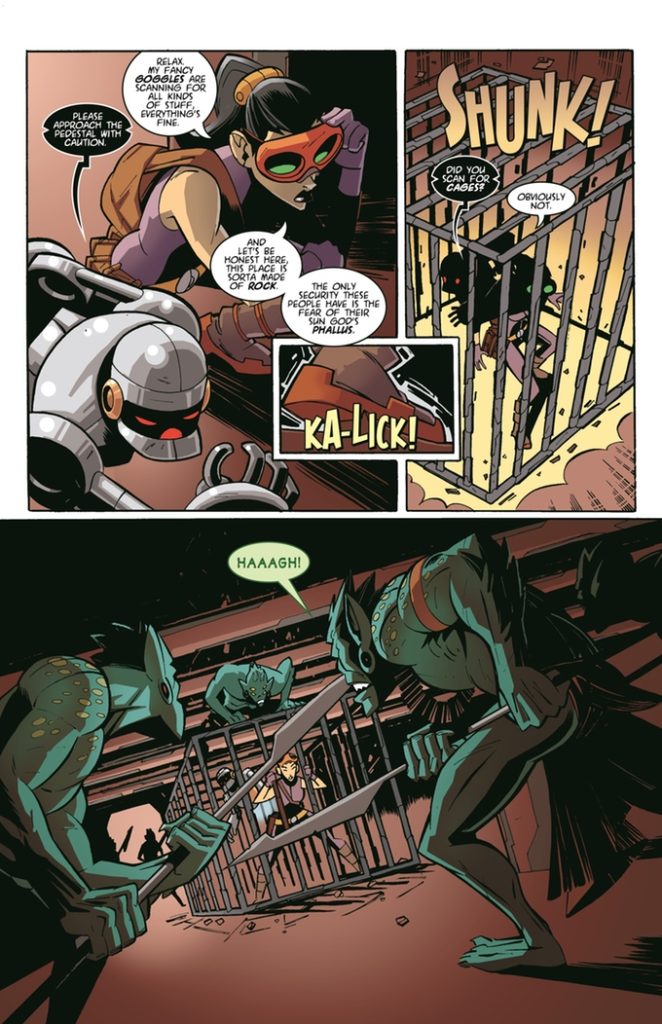