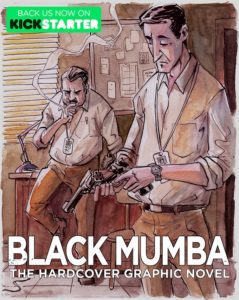 “Black Mumba’s been in the works for past couple of years. I’ve been working with these fantastic artists in India and we’ve made this gorgeous monster of a book. I’ll be self-publishing this black and white book full of weird, magic realist tales of Mumbai with a Crime-Noir twist!” — Ram V

Noir comics set in a dark and inky Mumbai, where a weary inspector will discover that dark magic lurks in every shadow.
———-

Black – Of the very darkest colour owing to the absence of light.
Mumba – Deity of the indigenous ‘Koli’ fishing community hailing from the islands that were reclaimed to form the city of Mumbai.

At its most basic, Black Mumba is a series of short graphic stories, providing snapshots into the lives of Mumbai Police Department Detectives Dev and Beri. The opening vignette, “It’s a Wonderful World”, gives a little insight into where Dev is in his career, as he drives out to a favorite secluded spot of his youth, and contemplates the potential horror he faces every time he responds to a call. His introspection carries him down a pretty dark road, and it became pretty clear to me that every day requires Dev to find that one Thing to keep him moving forward.

The dark themes continue in the second story, “Rats in the Dark”, where Dev and Beri are looking into the disappearance of a young man named Saab. He’s been earning money by killing rats along the docks at night while he waits to hear about the status of a college scholarship he applied for. This story dips into themes of futility & hope as the detectives try to retrace the young man’s steps. Dev thinks he might have a lead when he’s given access to Saab’s belongings, which include all of his books and a personal journal. While Saab’s journal doesn’t reveal any clues to the young man’s whereabouts, it does provide some chilling insights into the world of a Mumbai man hoping to climb a little higher in the world.

Each story is unconnected to the rest, but put together they open up the reader’s eyes to a pretty damn creepy mosaic. With the Black Mumba hardcover still an open project on Kickstarter, all initial goals met and now moving on into the “push” rewards, this is a great oppurtunity to get your mitts on some downright chilling dark noir. Also, the book is an interesting look into a completely different culture. I have to say, I’m glad that this book was brought to my attention, and that I was given the opportunity to get an advance look at it. 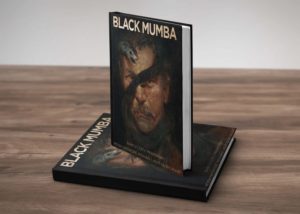 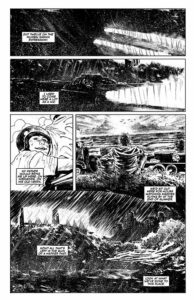 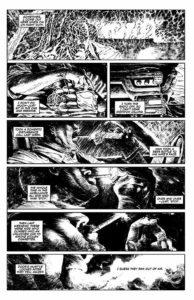