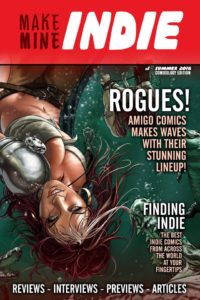 The goal of make mine INDIE is to provide a catalog that highlights comic creators and their creations, regardless of whether or not those creations are available in print, digital or web comic format. Part promotional catalog and part magazine, make mine INDIE aims to be a one-stop shop for comic readers and comic shops alike, showcasing as many comic creations as possible.

Featuring unbelievably affordable pricing on full page solicits for comics, regardless of distribution; publisher; or lack thereof – make mine INDIE is not a distribution service but an easier way to discover your next favorite indie comic book.

Available through email, social media, PDF, CBZ, and on comiXology.
———-

If you’re looking for something new, something different, something a little left of center (it just occurred to me that I use that phrase a LOT… I’ll try and do better), I think that this tidy little catalogue could be just what you’re looking for. Put together and distributed by Alterna Comics, Make Mine Indie is a new quarterly catalogue/magazine that’s going to feature works from independent distributors, artists, and writers. The inaugural issue looks to have set a standard in their layout, highlighting the work of some of the most creative talent many people have never heard of. Make Mine Indie will collect a wide assortment of subject matter, including fantasy, sci fi, and horror, give the reader a page or two to whet the appetite, and last but not least list all the publisher info and release dates.

It really doesn’t get any easier to find that one book that’s been missing in your life… They do everything but buy it for you, and really that’s kinda pushing it. For what it’s worth, after only ten pages, I’ve run across two books that I’m going to be picking up.

The Dark
by Kelly Williams
Published by Alterna Comics and available now…
Steve RAnkin is a writer researching regional myths for a book. He meets up with Fouke, Arkansas local, Karl Cooper to find out more about the local legend revolving around a Sasquatch. Steve discovers that some t hings are better lost to the unknown.
———-

Rogues, volume 1- Hearts and Tombs
Written by El Torres
Art by Juan Jose Ryp, Diego Galindo, and Veronica R. Lopez
Published by Amigo Comics
Releasing July 2016
Every story has a beginning… and this is how Bram and Weasel met for the very first time! The original tale featuring art by maestro Juan Jose Ryp, remastered, where our rogues have to fight an angry fire god- and get into a forsaken crypt full of gods also.
Includes the full stories, “The Burning Heart”, and “The Crypt of the Rotten Gods”
———-

Straightjacket volume 1
Written by El Torres
Art by Guillermo Sanna
Published by Amigo Comics
Available now!
Alexandra Wagner is confined in an expensive asylum. She murdered her brother when she was a child, and has been jumping from one institution to another, thinking she’s protecting our world against monsters called The Feeders with the help of her deceased brother. Thomas Hayes is her psychiatrist, and he believes she’s totally mad.

Well, she is totally mad.

This is just the tip of the proverbial and independentally published iceberg, folks. I’ve hardly even cracked this issue open, and I’m already wondering how I’m going to narrow down my wish list to a more manageable level. Available as a free download in multiple formats, there’s no reason not to give this a look. 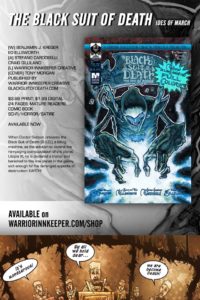 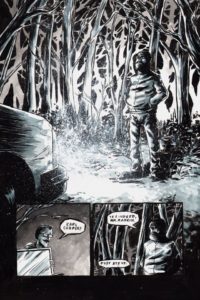 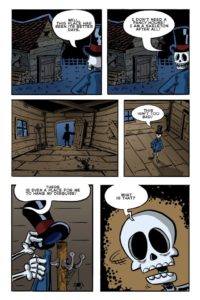 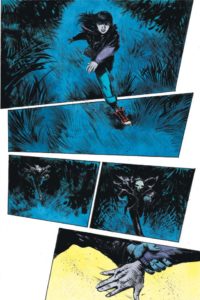