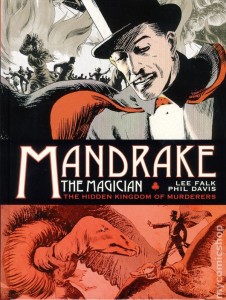 Introducing the world’s first comic book super hero, predating Superman by almost four years. Created by the legendary Lee Falk (creator of the Phantom) and drawn by Phil Davis, Mandrake the Magician and his ever-trusty man-servant, Lothar, first appeared to battle crime in 1934. This collection reprints the first 2 & 1/2 years worth of full-colour Sunday newspaper strips that debuted in 1935 – from The Hidden Kingdom of Murderers to Prince Paulo the Tyrant.
———-

For as long as there have been costumed heroes, performing amazing feats and thrilling readers in their daily strips, there has been Mandrake. The fact is, with his debut in June of 1934, Mandrake predates the creation of Superman and Batman by several years. The brainchild of then 19 year old Lee Falk, who went on to create another newspaper daily and pulp favorite The Phantom, Mandrake set the stage for serialized adventure comics. Without him, we at thePullbox might be reading and writing reviews for strips like Garfield, or Hagar the Horrible. Even……. Kathy. And so it is with great respect, a loving heart, and deeply felt relief that I encourage you to pay homage to one of the characters who started it all.

Mandrake has evolved over his many years. In the beginning, his powers of mysticism would have rivalled those of Doctor Strange himself. As his story went on, he was presented as more of an illusionist and hypnotist, but that did nothing to reduce his impact. In this volume, Titan presents us with new prints of several classic Mandrake stories, all told one page at a time in their original format.

The first story, “The Hidden Kingdom of Murderers”, as its title suggests, pits Mandrake, and companions Rheeta and Lothar, against a secret society of killers. The murderers of the world have begun to disappear, leaving their respective nations behind to gather in a new country all their own, where murder isn’t a crime, but a way of life. This is brought to Mandrake’s attention when he’s approached by Interpol for aid in their investigation.

Keep in mind that these stories were written in the 1930’s, one page at a time… Yes, the writing is absolutely dated, but if you’re paying attention it’s still some pretty impressive work. And then consider that Falk was only 19 when he created and began working on Mandrake, and I think we can agree that this collected volume is deserving of some respect. While it might seem simplified and repetitive, it’s still some pretty imaginative writing. The thing to remember is that, again, Falk had to keep people who might have missed a newspaper or two in mind when he wrote, keeping people up to speed on the story in progress.

All in all, a very impressive work when looked at as the standard by which so much other great work has been judged. Also, when read for the pure and simple enjoyment, Mandrake can be a very entertaining read, with plenty of stopping points for those who might not have as much time per sitting. Lastly as a history lesson, through his early creation Lee Falk shows us how the greatness that is comics started. Characters like Mandrake the Magician and the Phantom blazed the trail for many of the characters we still read and love today.

Remember history, or be destined to miss out on the awesome that went before… 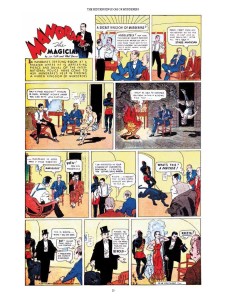 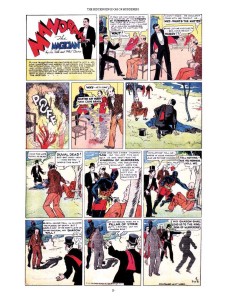 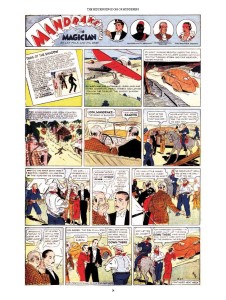 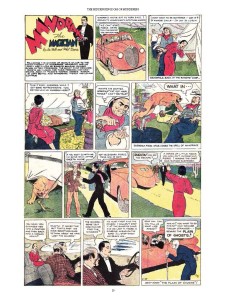 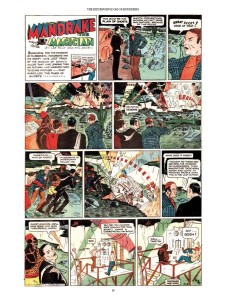