Exploding onto the scene in 1941 with a punch that would reverberate through history, Captain America would go on to become an icon and one of the most influential comic book characters ever created. This March, celebrate his 75th Anniversary and the legacy of what it means to be Captain America with the oversized CAPTAIN AMERICA: SAM WILSON #7 – a giant 80 page issue commemorating the past, present and future of the Sentinel of Liberty!

First, blockbuster creators Nick Spencer and Daniel Acuna bring you a cataclysmic tie-in to AVENGERS: STANDOFF! Since World War II, someone has always been there to don the red, white and blue and wield the shield. When Steve Rogers fell, his brother in arms, Bucky Barnes picked it up and carried the weight. When it was his time to rest, Sam Wilson would take up the mantle. But now, amidst the chaos and the carnage, Steve will be asked to pick up the shield once more. Be there as this issue paves the way for Steve’s return and the upcoming Captain America: Steve Rogers #1!

But that’s just the beginning! CAPTAIN AMERICA: SAM WILSON #7 also features some of the most celebrated creators in the industry paying homage to the history of the Sentinel of Liberty! First, Tim Sale (Captain America: White) takes you deep behind enemy lines as Captain America embarks on a dangerous infiltration mission into the heart of the enemy stronghold. Then Greg Rucka (The Punisher) and Mike Perkins (Captain America) bring you a team up in the Might Marvel Manner as Captain America and Black Widow join forces for a mission that requires the ultimate coordination. Finally, superstar creators Joss Whedon and John Cassaday unite for the first time since their celebrated Astonishing X-Men series to chronicle the origins of Captain America’s greatest weapon!

This issue also features a bevy of variant covers from the biggest names in comics – including Alex Ross, John Cassaday and Chris Sprouse! Plus, after decades away, legendary artist Jim Steranko returns to the Marvel Universe for the first in an exciting set of variant covers running throughout 2016!

Be there for a look back at 75 years of Captain America and a look forward to the next 75 years. No fan can afford to miss out on one of the biggest issues of the year when CAPTAIN AMERICA: SAM WILSON #7 comes to comic shops and digital devices this March!

Captain America of All Eras Variant by CHRIS SPROUSE (JAN160783) 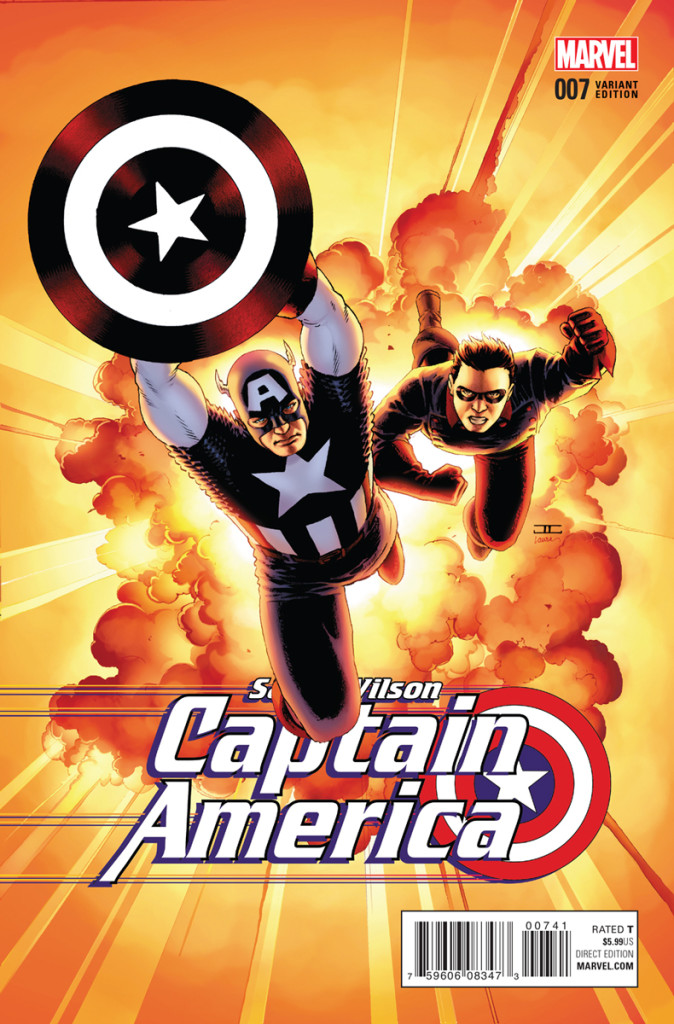 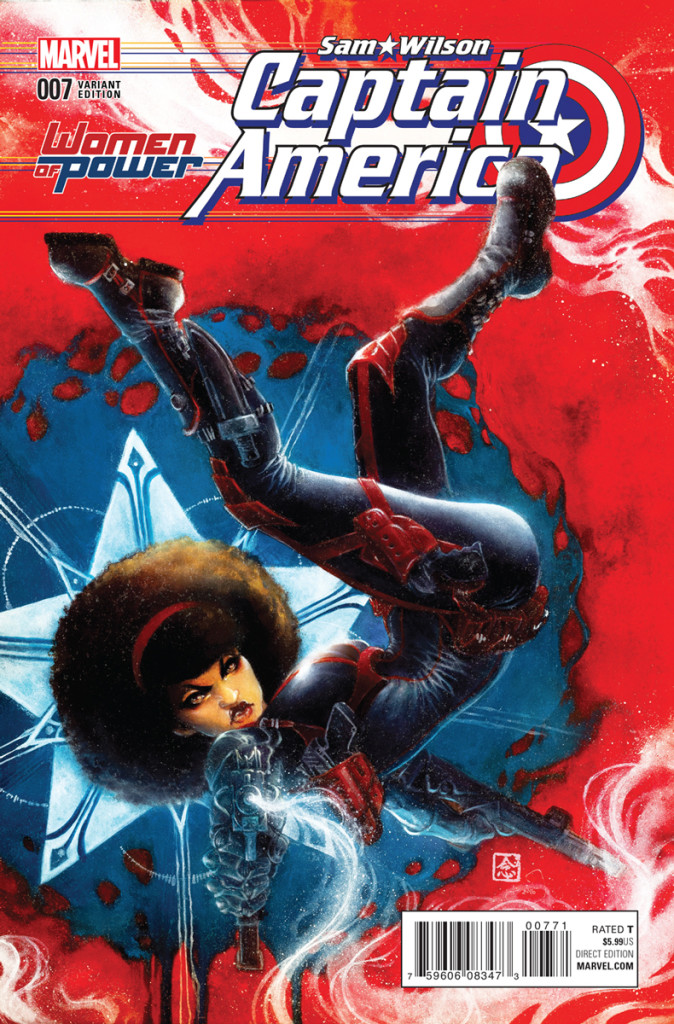 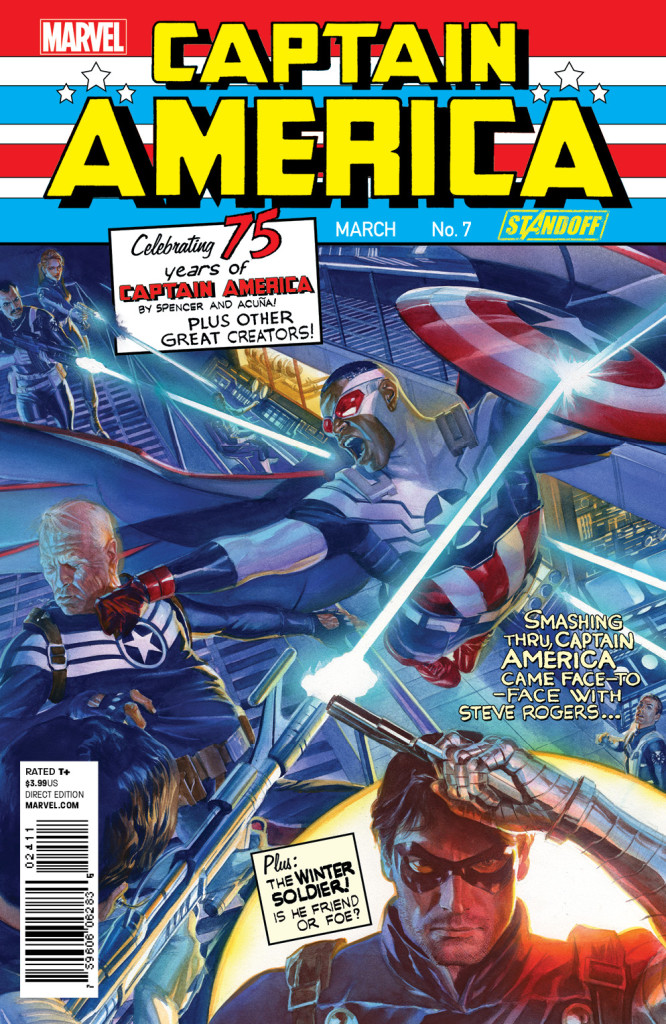 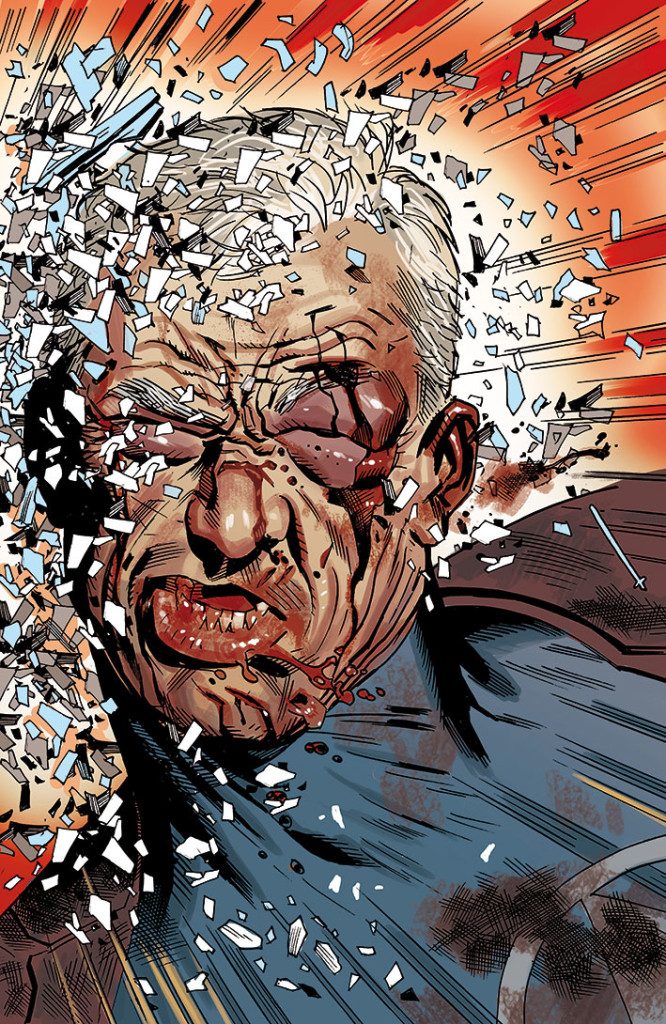 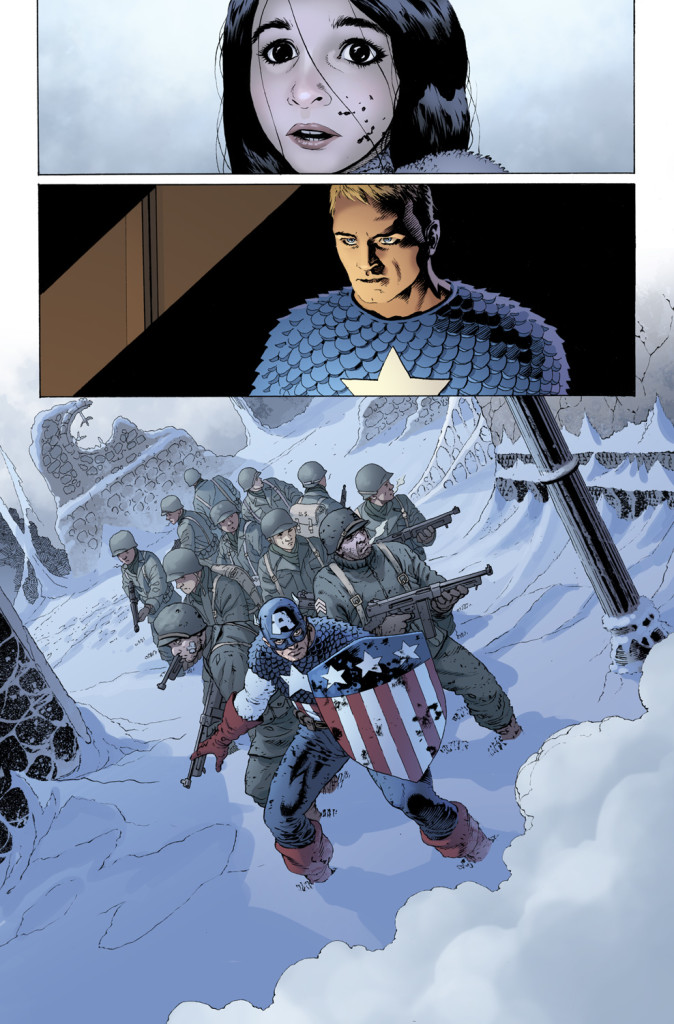 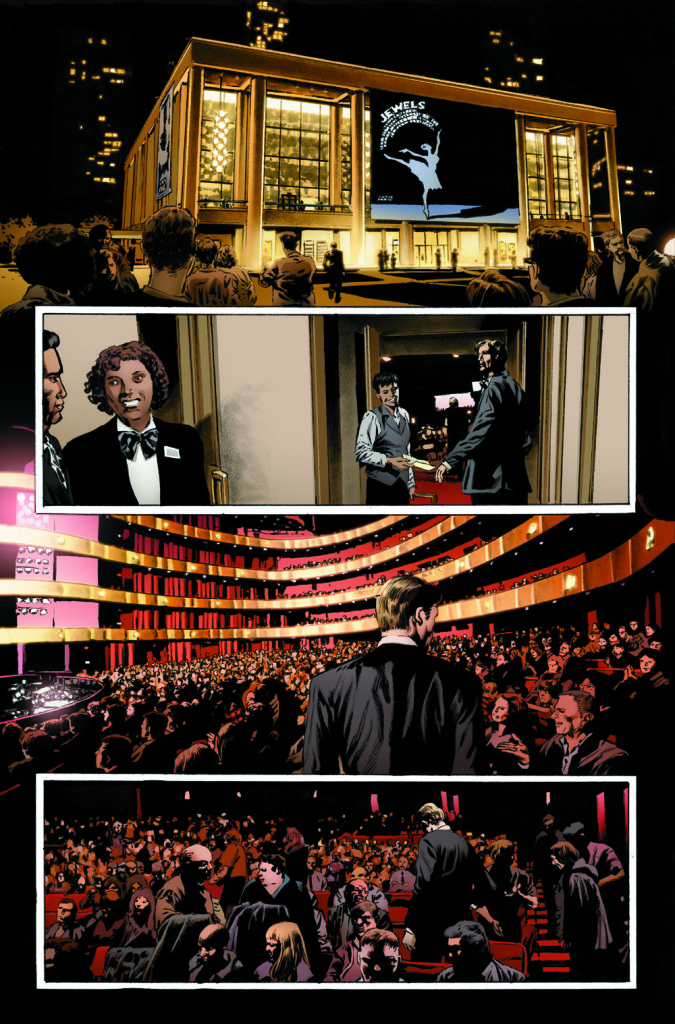 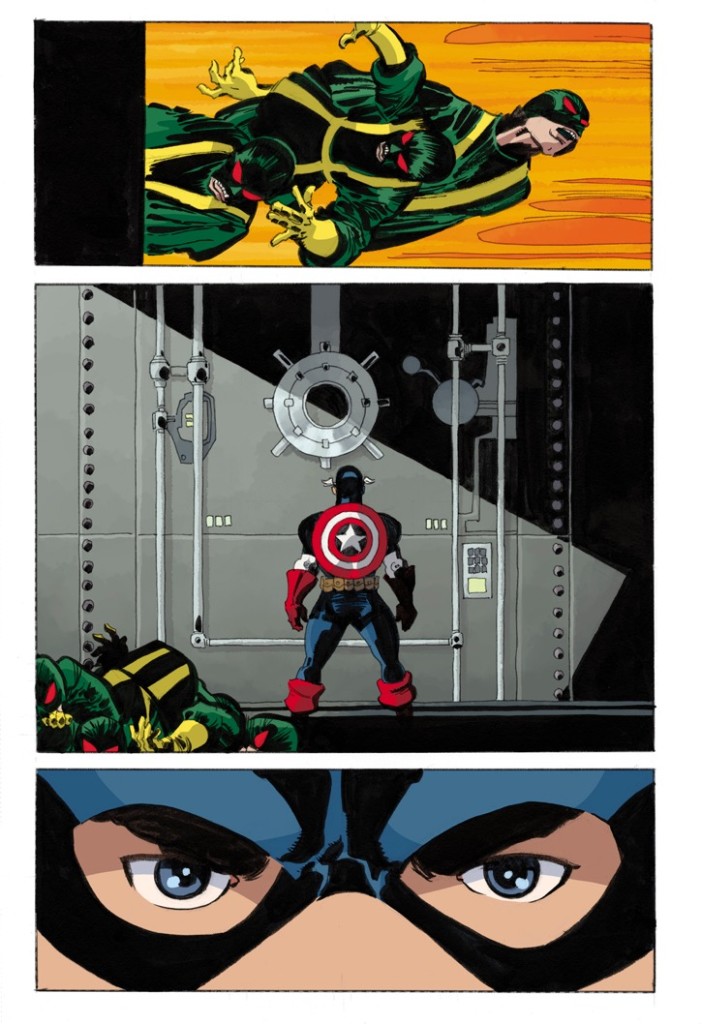 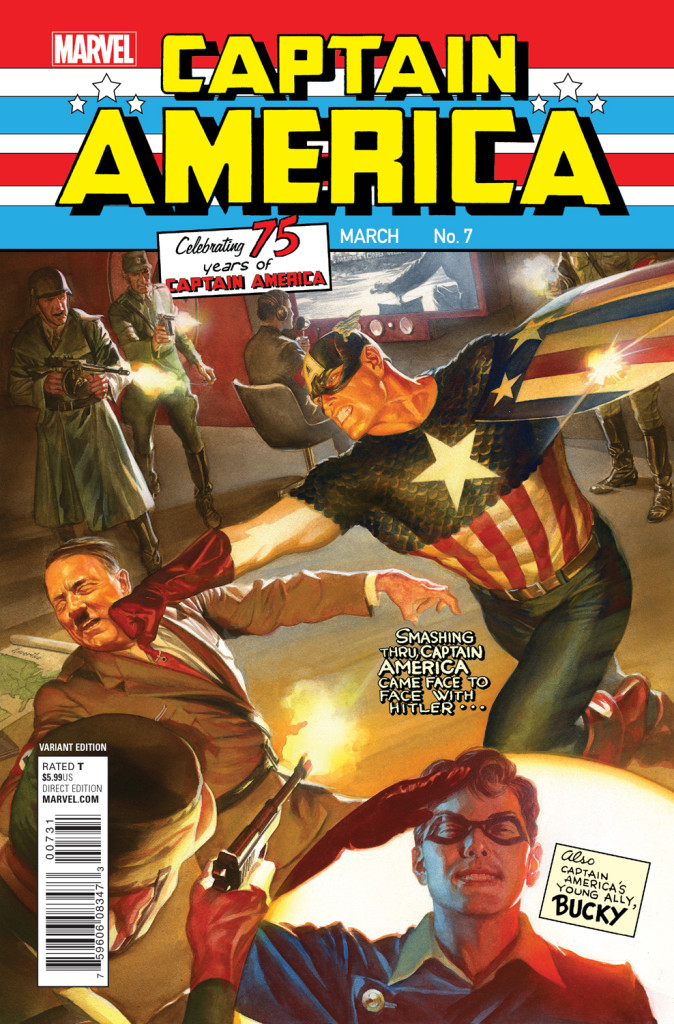 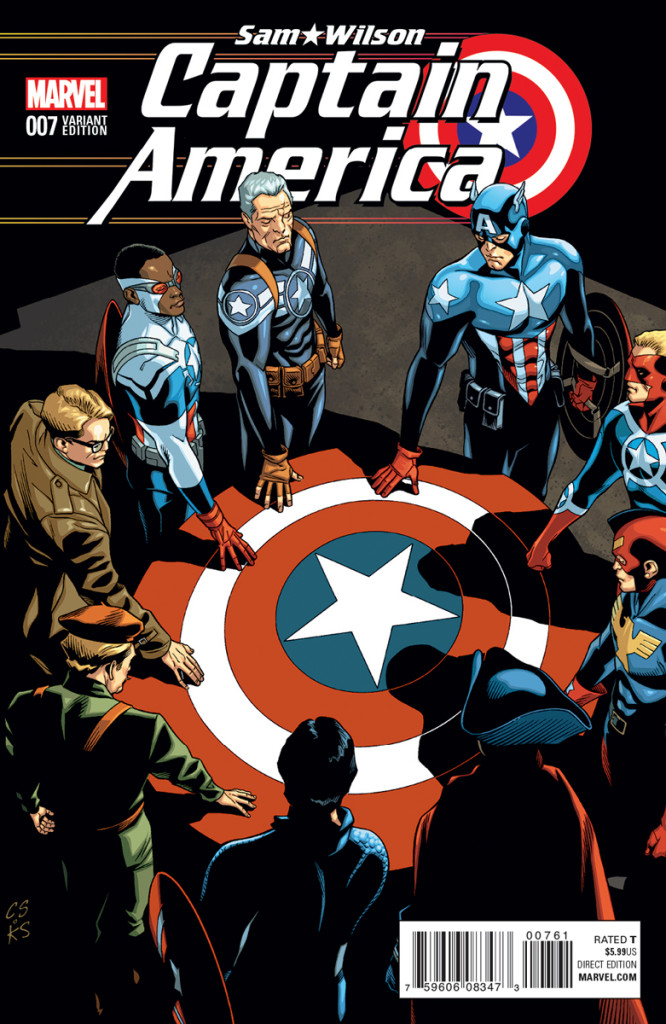 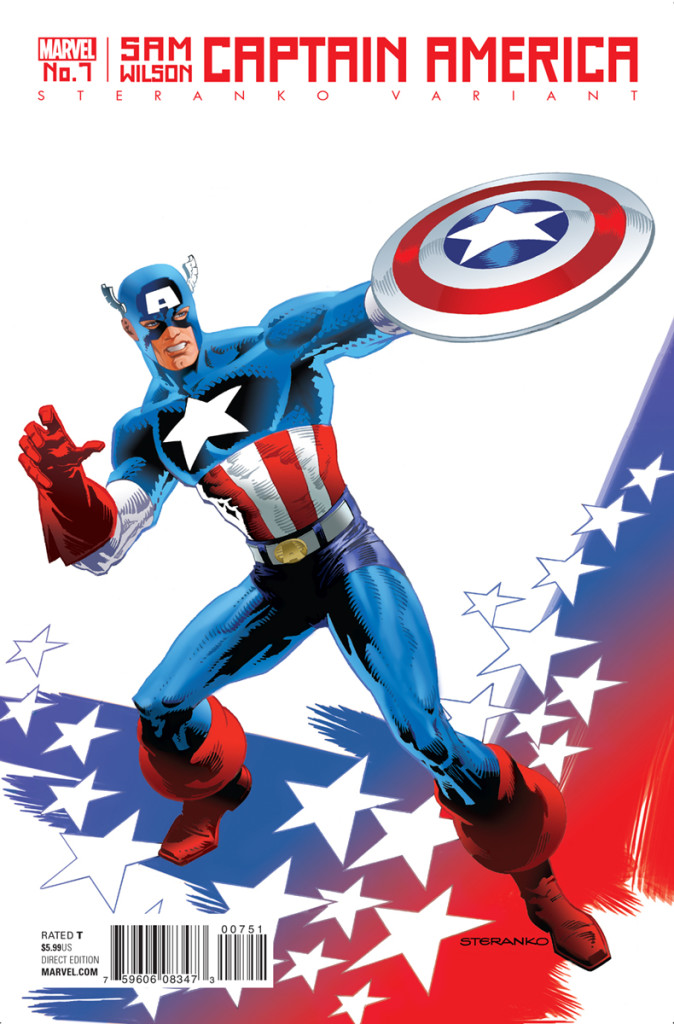