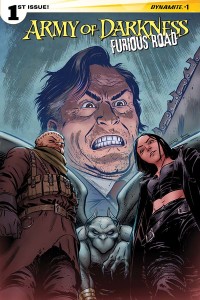 Twenty years from “now”: The Deadites and their Army of Darkness have succeeded in bringing down Western civilization. An unexpected upshot of the demons taking over was supernatural species such as vampires, witches, and werewolves forming an uneasy alliance with humanity in order to survive. The only hope for both mankind and monsters alike is a ritual that will send the Deadites back to the hell that birthed them. But first, a rag-tag crew that includes the Frankenstein Monster and Eva, the Daughter of Dracula, have to track down the fabled spell book known as the Necronomicon Ex-Mortis and deal with its guardian, a certain Ashley “Ash” Williams.
———-

In a post-apocalyptic world, a group of hardened survivors races to reach their last chance. The dangers on the road are many, but these companions are determined, and they’re no stranger to the hellish threats out there. Led by the man called “Rev”, an honest to God man of the cloth, this group isn’t your likely band of heroes. Including the likes of a machine gun toting nun, a witch, and a very large fellow who looks a lot like Frankenstein’s Monster (but don’t call him that… his name’s “Mike”), this is a company especially suited to survival in this wasteland.

Now, you’ve already read the title of the comic, so it shouldn’t come as a surprise to you that this apocalypse had nothing to do with nuclear war, famine, or other natural disaster. It isn’t mutant hordes that are the biggest danger when wandering through the abandoned cities. Nope, the real problem is all the damn deadites. Which brings us to another question: Where exactly is this ragtag band heading with such dogged determination? Well, the only place that could possibly have what they need.

What do they want? Nothing less than the Necronomicon. What will they have to do to get it, aside from killing every deadite that gets in their way? Convince the ancient tome’s keeper and protector of the importance of their mission. Or maybe just crack him over the head and take it, cuz that’s always one way to make a point with the one and only, Ash.

I’m not going to wax all poetic about this book, because frankly, Ash wouldn’t understand any of that crap anyway. What I will do is point out that the very best comic books are able to tell their story without a word of text. Also, I’ll let slip that the first copy of this that I got from the fine folk at Dynamite came without text of any kind. It was a complete accident, and there were many apologies to us here at thePullbox because of the mix up, but I’m here to say that it was actually an accident of the best kind. Without text, this book still told its story just fine. Once I did get the full version of the book, I found that it read just as well, and that I had gotten all of the important information through the pictures alone. Kudos to Kewber Baal for his contribution to good storytelling.

Am I saying that the writing is bad, or maybe superfluous (that means unnecessary gobblety gook, Ash)? Absolutely not! Nancy Collins has managed to capture, not only the right tone and voice with the introductory characters, the aforementioned survivors looking to acquire the Necronomicon, but also the voice of the boomstick carrying man of the hour himself. Ash is kind of a jerk. He’s bullheaded, a little quick to judge, and more than happy to use the not-so-careful application of force to get his point across.

Given the success of last year’s Mad Max: Fury Road, it shouldn’t be a surprise to start seeing a return of the post-apocalyptic adventure story to the limelight. I know that growing up in the eighties, there was never a shortage on the video racks. But seeing the genre done so well, elevated to Oscar worthy levels, brought a tear to my oft-disappointed eye. I’m sure that there will be plenty of entries put out there that are going to be lacking in the quality department, but Army of Darkness: Furious Road is off to a really solid start.

Now get out there, pick up the book, and don’t forget to say the words: Klaatu, veratta… 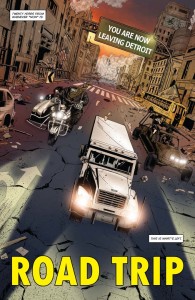 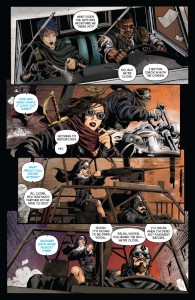 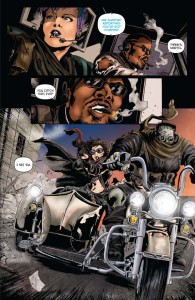 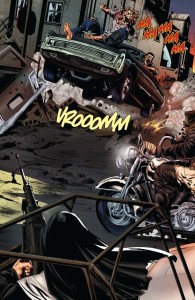 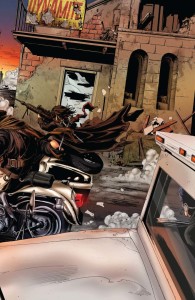