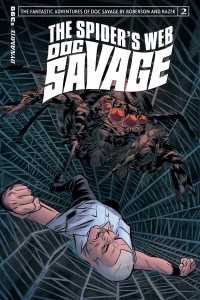 While investigating a series of man-made earthquakes that have ravaged South America, Doc Savage finds evidence that links the current case to another which he thought had been closed six decades before, when he and his friends had been all that stood between a private army and the destruction of the lost Mayan empire that was the source of Doc’s vast wealth: the Valley of the Vanished.
———-

Doc Savage, the Man of Bronze, has been battling the forces of evil since the 1930’s. As far as heroes go, he’s always been pretty much unassailable in his tactics. While he stands high atop the peak of physical accomplishments, his focused mind and hunger for knowledge gives him a razor sharp mental edge. He is always extremely reluctant to kill even the most violent enemies, employing “mercy bullets” in a firefight, and operating a secret college dedicated to rehabilitating his captives (this usually includes brain washing and “re-education”, which can be argued to occupy the moral gray area, but come one… the man fights Nazis) and returning them to society as productive members.

Carrying his legacy into modern times, Doc Savage is in the midst of an international conspiracy. A trail of evidence leads Doc and his spitfire sidekick Longshot to an abandoned industrial complex in California. The only lead they’re able to find, before a self-destruct failsafe levels the entire complex, is an unfinished circuit board. Doc and Longshot escape the destruction and discover that the gold used in the making of the circuit board has a very specific origin, which sets off a whole new line of the investigation for Doc and his crew.

Recalling a case back in 1955, dubbed the Case of the Golden Horde, Doc briefs his team on his first experience with the mysterious cabal known only as “Arachne”. A group of power brokers had discovered the existence of the hidden “Valley of the Vanished”, a secluded kingdom so rich in gold that it’s used in every day household implements and decorations. The ruler of the Valley, Queen Monja, was a good friend of Doc Savage, having left her kingdom to learn about the outside world. Contacting team Savage, Monja brings word that a force of mercenaries had stormed her city and were pillaging all the gold they could lay hands on.

Doc and company arrive on the scene before the invaders were able to make off with their ill-gotten booty, and after a brief but fierce firefight (using mercy bullets, of course) only one of the hostiles was able to escape. Of course, this “escape” was part of Doc’s cunning plan, with a tracer bullet being attached to the fleeing helicopter. Following the trail lead them to four of the leaders behind Arachne, but not the mastermind known as Thorne. This shadowy puppetmaster had made his escape with a portion of the stolen gold… which has now shown up decades later, in the circuits of partially completed processing chip in an abandoned complex in California.

I have to confess, it’s pretty easy for me to get excited by new stories of the Man of Bronze. The old pulp novels are some of the earliest books I was reading once I’d graduated from the sordid tales of Dick and Jane… Doc Savage featured pretty heavily on my reading list. Here we are, decades later, and Dynamite has done some pretty good service to Doc and his crew. The covers are very reminiscent of the old paperbacks, and all of the classic elements are there. The fact that the stories haven’t been “rebooted”, but continued, just serve to increase my regard for the series. Who else but Doc Savage would harness his incredible mental abilities, as well as his impressive physical prowess, to dodge the bullet that is time?

Bottom line, Doc Savage has been a mainstay in the area of heroic fiction for longer than most people still reading him have been around. He’s had some ups and downs, but he’s always come back ready to step into the fray, so long as there has been evil and injustice to be stomped. 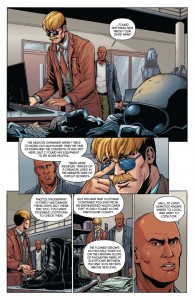 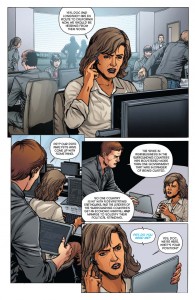 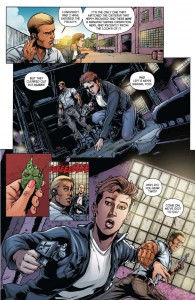 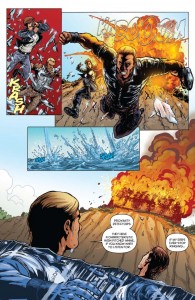 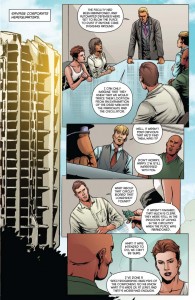