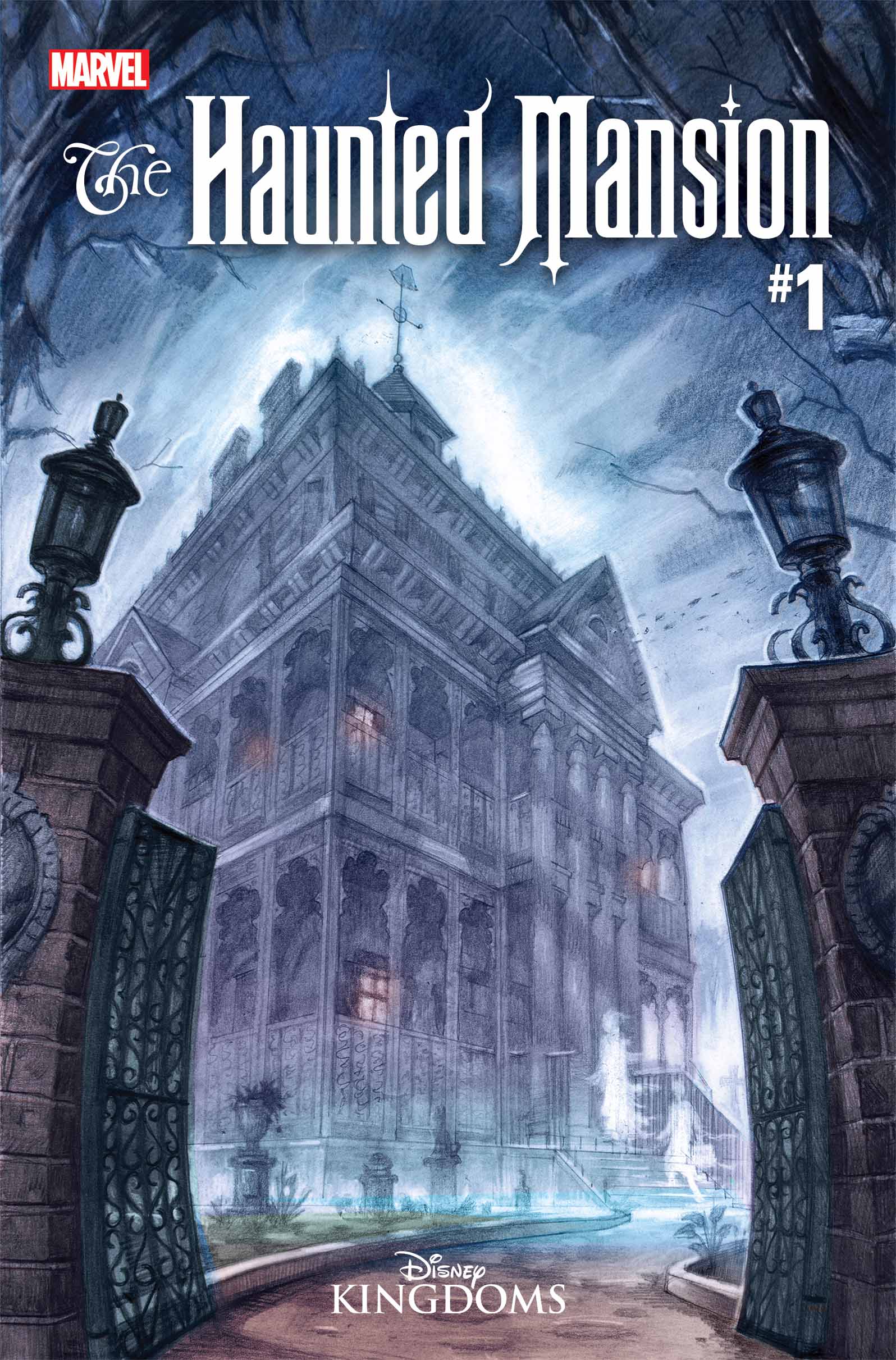 The world famous attraction haunts Marvel Comics in 2016! And its residents are just dying to meet you! Today, Marvel Entertainment and Walt Disney Imagineering are proud to announce THE HAUNTED MANSION #1, the newest blockbuster limited series coming in March! Step inside foolish mortals, as rising comic stars Joshua Williamson (Illuminati, Ghosted) and Jorge Coelho (Loki: Agent of Asgard, Polarity) throw open the doors of the mansion for a delightfully chilling thrill ride!

Launching under the Disney Kingdoms banner, THE HAUNTED MANSION has been created in close partnership with the designers, producers and creative directors at Walt Disney Imagineering. Joining other critically-acclaimed Disney Kingdoms titles such as Figment, Figment 2, Big Thunder Mountain Railroad and Seekers of the Weird – Disney Kingdoms titles present exciting new adventures that expand upon the beloved, lands, attractions, characters and world of Walt Disney Parks and Resorts.

Speaking with Entertainment Weekly, Williamson says, “There are running themes throughout the whole series that we’re going to be doing, but I think when people read all five issues, I want them to have that same feeling they have when they get off the ride. If I can accomplish that, then I really feel like I’ve done something with it. Whether you’re a Marvel fan, a Haunted Mansion fan, a Disney fan, or even a comics fan, if you can get that feeling – that rush of fear and happiness — I think that would be great.”

It seems that no one lives in the elegant mansion on the hill…but where then is that eerie organ music come from? Are its iron gates meant to keep people out…or keep some things in? Filled with wall-to-wall creeps and hot and cold running chills, the happy haunts of the Haunted Mansion come to (after) life like never before! Get ready to meet the 999 spooks lingering within. But be warned, they’re looking for the 1000th!

“The Haunted Mansion is one of the most iconic and beloved attractions at Disney Parks the world over,” says Marvel SVP, Sales & Marketing David Gabriel. “And the Disney Kingdoms line is the perfect way for fans of comics and fans of the attraction to explore the mansion’s hidden secrets and meet some of its many memorable characters.”

Crypt doors will creak, and tombstones will quake. And the next spine-tingling Disney Kingdoms adventure is about to begin. What terrifying secrets lie deep within the mansion? Hop in your Doom Buggy and find out when THE HAUNTED MANSION #1 materializes in your local comic shop and on digital devices this coming March!

TALES FROM THE HAUNTED MANSION, VOL. I: THE FEARSOME FOURSOME

Includes a CD with Song!