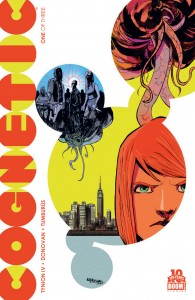 Every human believes that they are self-reliant, self-determined individuals, each set on their own course. They’ve built civilizations, they’ve built culture, they’ve built lives… But what if that isn’t the right track? What if there is a singular mind ready to take back control and finally right the destiny of mankind and build a better tomorrow? Cognetic is the story of a powerful psychic being that once controlled one-third of the world’s population as a part of its hivemind, and his return to humanity in modern-day New York City. It’s a psychic action thriller, precariously positioned on the edge of outright apocalypse. It’s also the story of a young woman, the assistant to the director of the FBI, who might be the only one who can save humanity, but at a terrible, terrible cost. Each issue in this miniseries is oversized with 48 pages!
———-

Did you ever get the idea that you were part of something bigger? That your life was a small but integral part of a larger picture? We all go about our days, every day, and occasionally we wonder if we’re actually in control or if it’s all pre-determined. We take comfort in the knowledge that even the smallest thread can change the largest tapestry, and that every decision we make matters. The assumption is that our decisions are actually our own, and that the “something greater” actually cares what we think. Cognetic takes that assumption and chucks it right out the window. More specifically, off the Empire State Building.

The questions of self-determination and individuality are fluid concepts, and they are at the heart of Cognetic. Starting with random meetings on a bus, one man talking to another about microorganisms in complex systems, and building into an outbreak of people throwing themselves off of the Empire State Building, James Tynion, Erik Donvan, and Boom! Studios bring into play questions of existentialism and individuality. If we’re all just small cogs in a big machine, what happens when whoever’s in charge of the machine realizes that the cogs are interchangeable, and really not all that important after all?

Where Tynion’s Memetic left us with the concept of a subliminal idea as a communicable disease, Cognetic plays with questions of existence. If we’re not in charge, who is? And if someone else in charge, what happens to us when they get bored?

The story is intelligently written, giving the reader plenty to think about without giving anything away. We’re left to draw our own conclusions, and in the afterward we’re given the challenge of trying to guess where the third and final issue will leave us. If you think you know, Tynion says you’re wrong.

I will say one thing. By the end of the first issue, I was left in a place far and away from where I thought I was going to be. 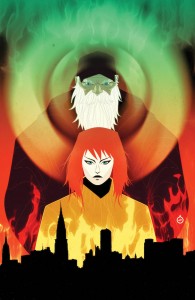 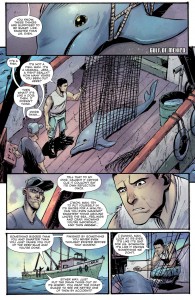 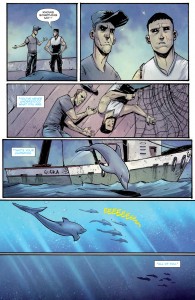 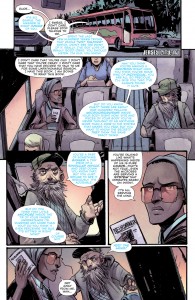 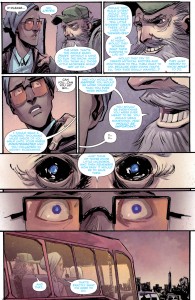