Valiant is proud to announce BLOODSHOT REBORN: THE ANALOG MAN – DIRECTOR’S CUT #1 – an oversized collector’s edition re-presenting the blistering first chapter of Jeff Lemire and Lewis LaRosa’s gear-stripping joyride through the future of the Valiant Universe! On February 24th, go behind the scenes with this special 48-page “director’s cut” of THE ANALOG MAN’s opening salvo from BLOODSHOT REBORN #10 with an electrifying look inside this all-new jumping-on point for Valiant’s most relentless hero!

Stripped down to pencils and letters alone, this is your exclusive first chance to marvel at Lewis LaRosa’s jaw-dropping, hyper-detailed pencil artwork from BLOODSHOT REBORN #10 alongside Jeff Lemire’s complete and expurgated script for the first time anywhere! You’ve never seen Bloodshot like this before as the must-read storyline of the New Year circles back for a bonus presentation of THE ANALOG MAN’s bare-knuckled first issue jumping-on point, only in the BLOODSHOT REBORN: THE ANALOG MAN – DIRECTOR’S CUT #1!

Many years from now, Los Angeles has become a post-apocalyptic wasteland and the once unstoppable killing machine known as BLOODSHOT has become THE ANALOG MAN. Hopelessly outdated, Bloodshot’s taken on a new role as the protector of a small town, eking out a subsistence existence with the great love of his life – Magic – and protecting a group of stragglers who’ve weathered the storm. But when a gang of marauders arrives, the settlement’s survival is threatened, and Bloodshot is forced to bring justice to the distorted and disjointed badlands of the Valiant Universe!

“THE ANALOG MAN is a benchmark event for Valiant – one that’s not only loaded with action, emotion, and impact, but that will also have dire consequences for Bloodshot,” said Valiant Publisher Fred Pierce. “Jeff and Lewis’ first issue alone is nothing short of staggering, and, even in raw black and white, it stands tall as a monumental piece of comics storytelling. That’s why, for the first time ever, we’re giving fans the opportunity to experience THE ANALOG MAN in pencils alone in this deluxe DIRECTOR’S CUT edition. Come 2016, BLOODSHOT REBORN is going to be one of the most beautiful books on the stands, plain and simple.”

On January 27th, don’t miss a beat as THE ANALOG MAN throttles into comic shops everywhere with a bullet-riddled jumping-on point in BLOODSHOT REBORN #10 – an all-new arc by superstar creators Jeff Lemire and Lewis LaRosa! Then, on February 24th, go back to basics and relive the action in bold black-and-white with an all-access pass to LaRosa’s unfettered pencil-and-ink artwork and Lemire’s complete script, only in the BLOODSHOT REBORN: THE ANALOG MAN – DIRECTOR’S CUT #1! 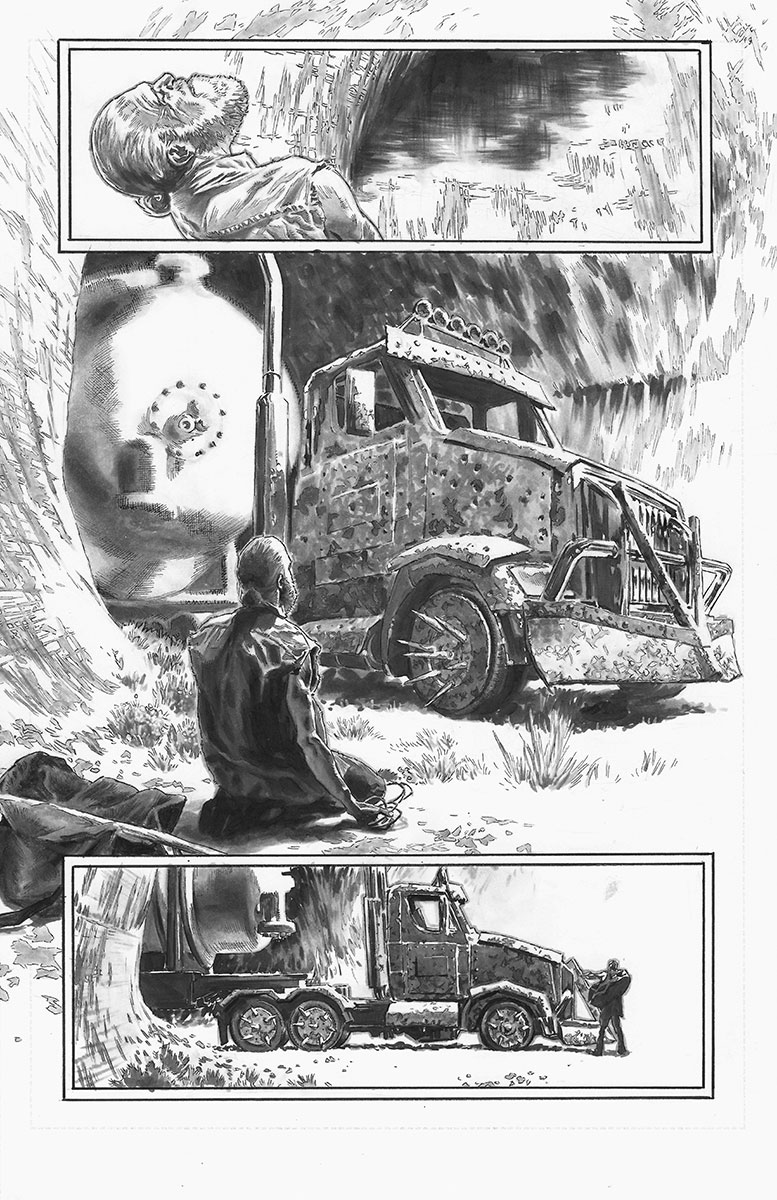 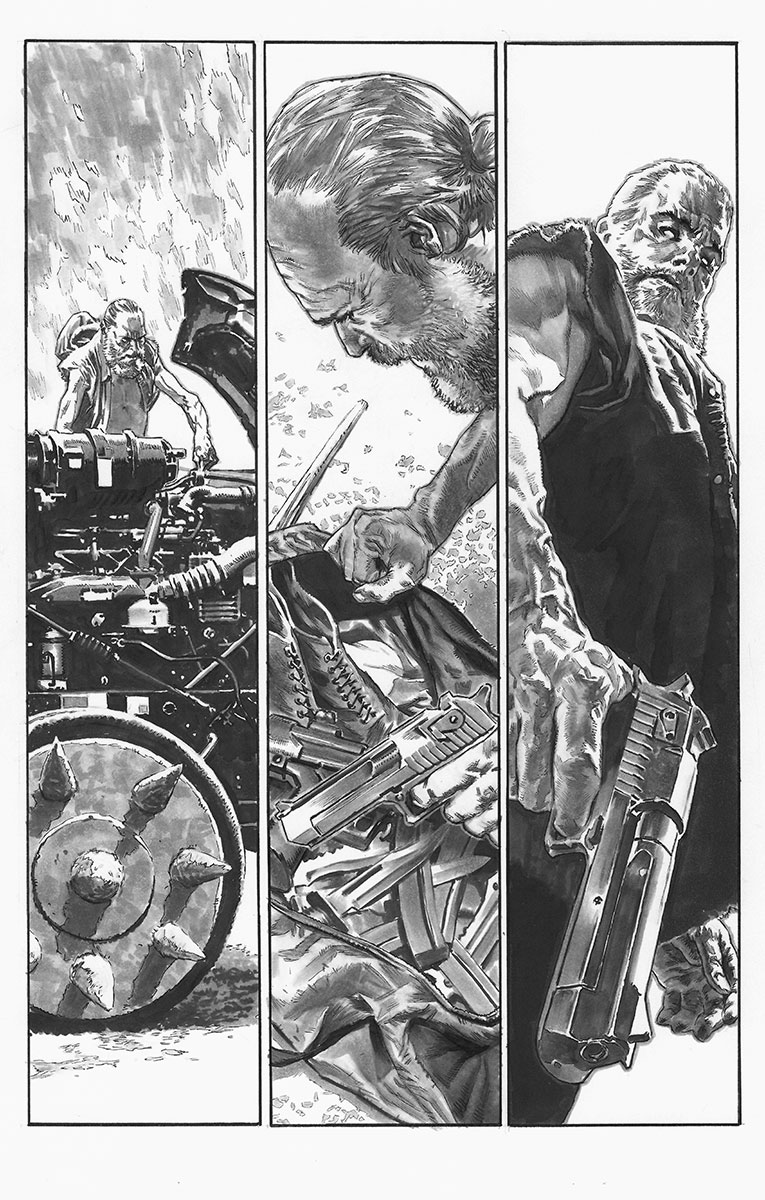 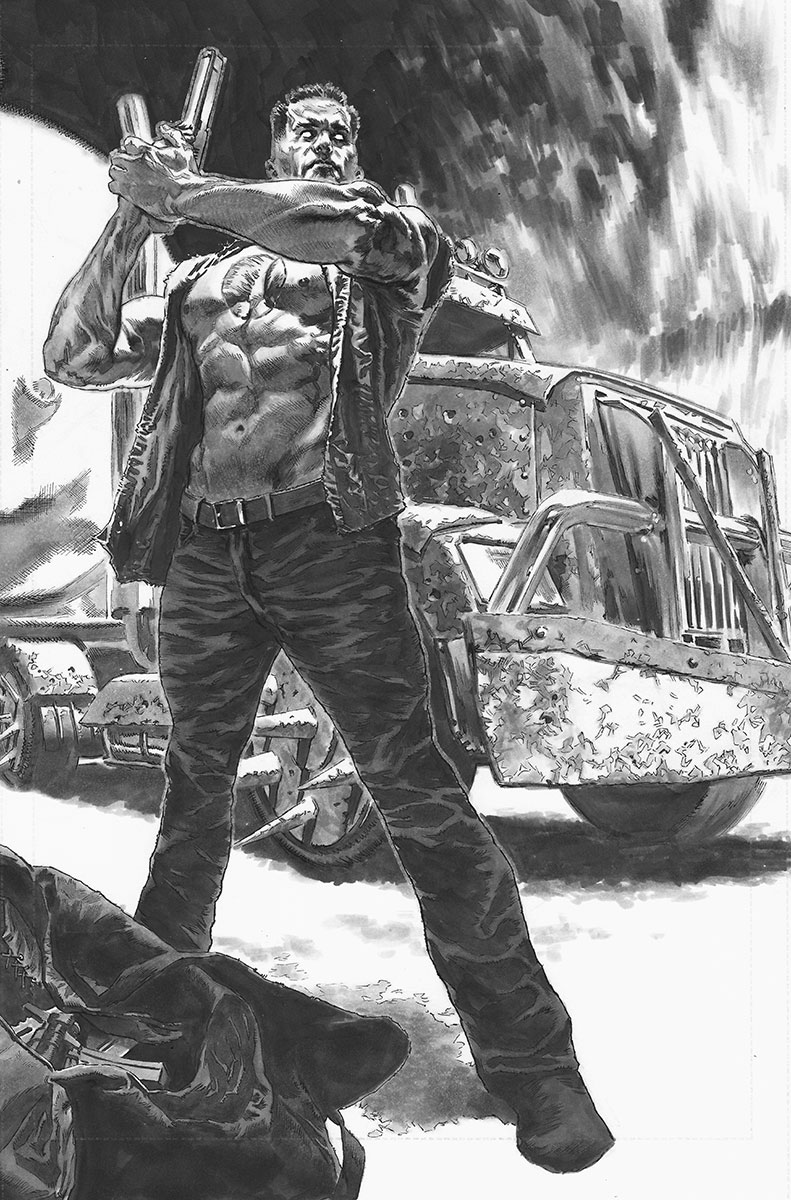 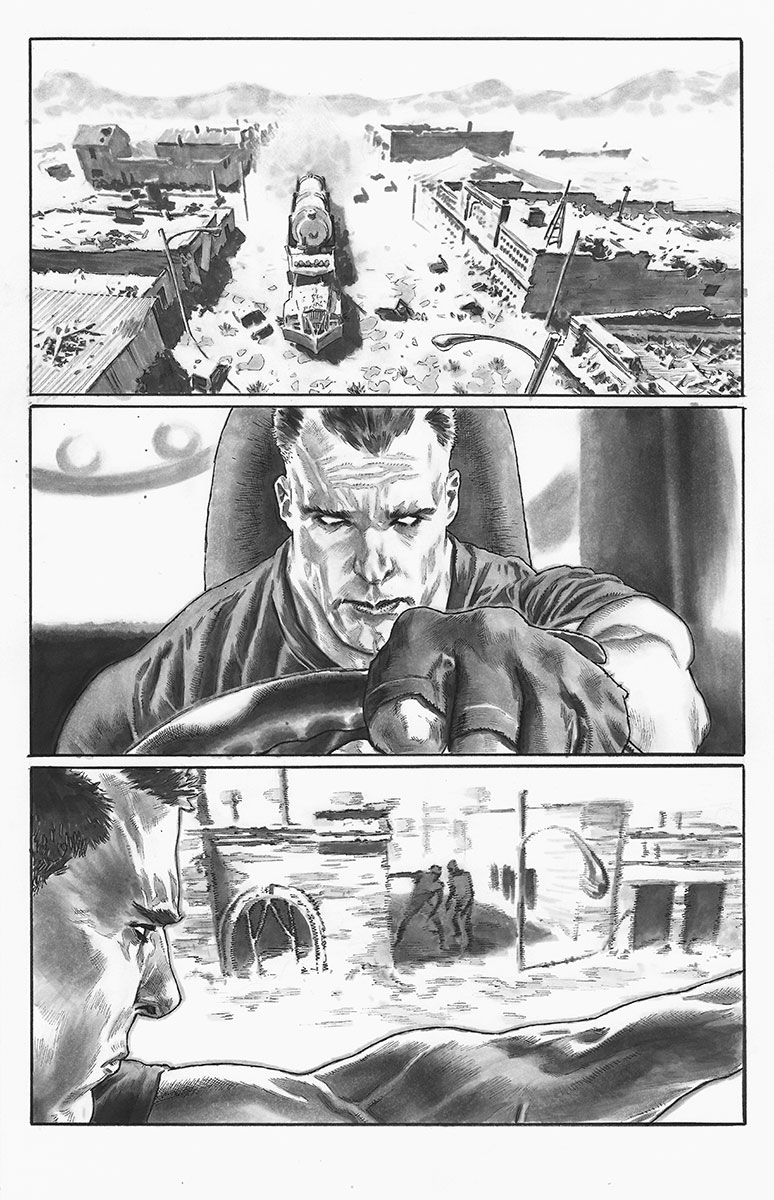 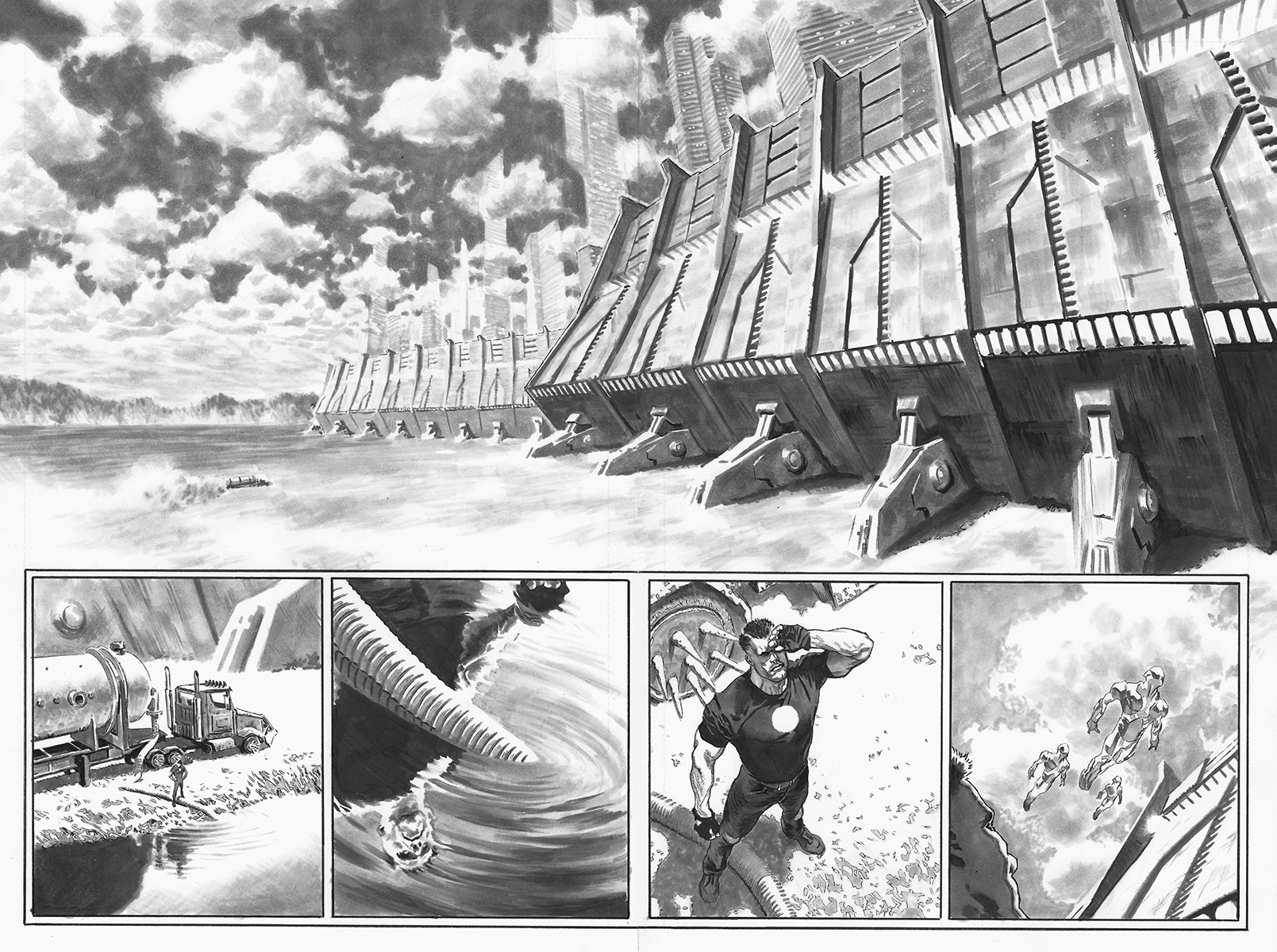 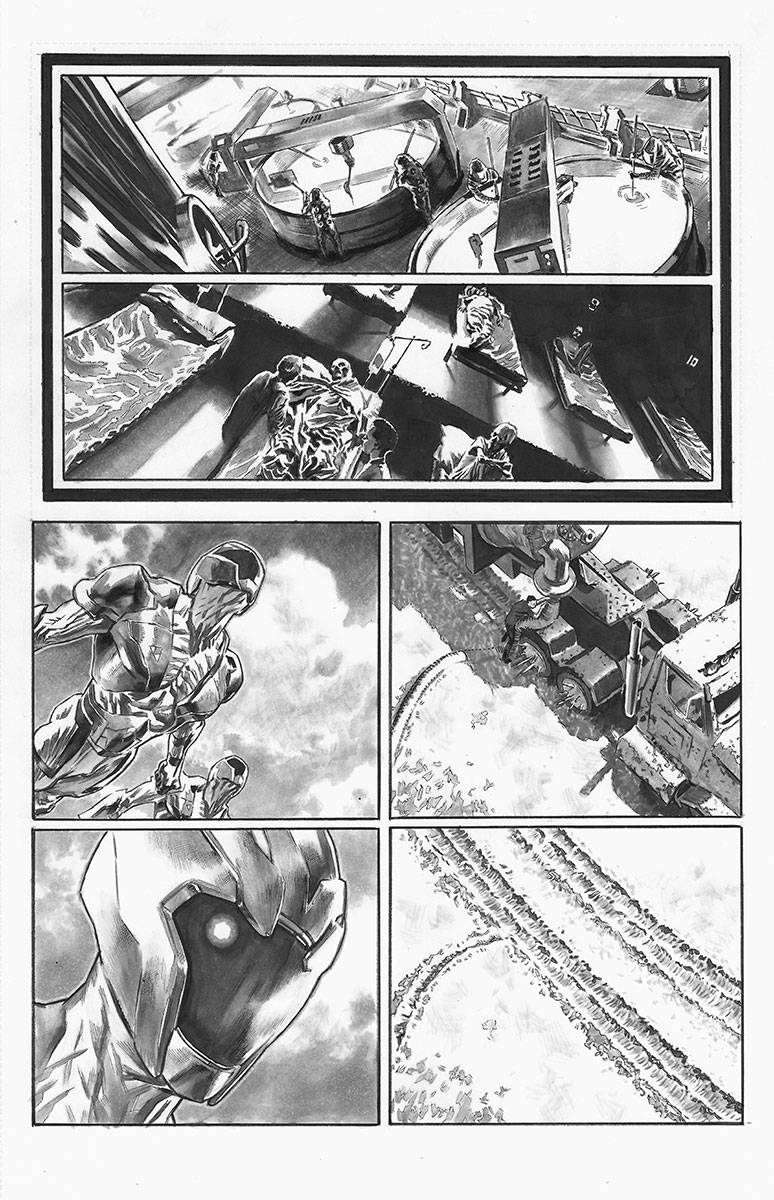 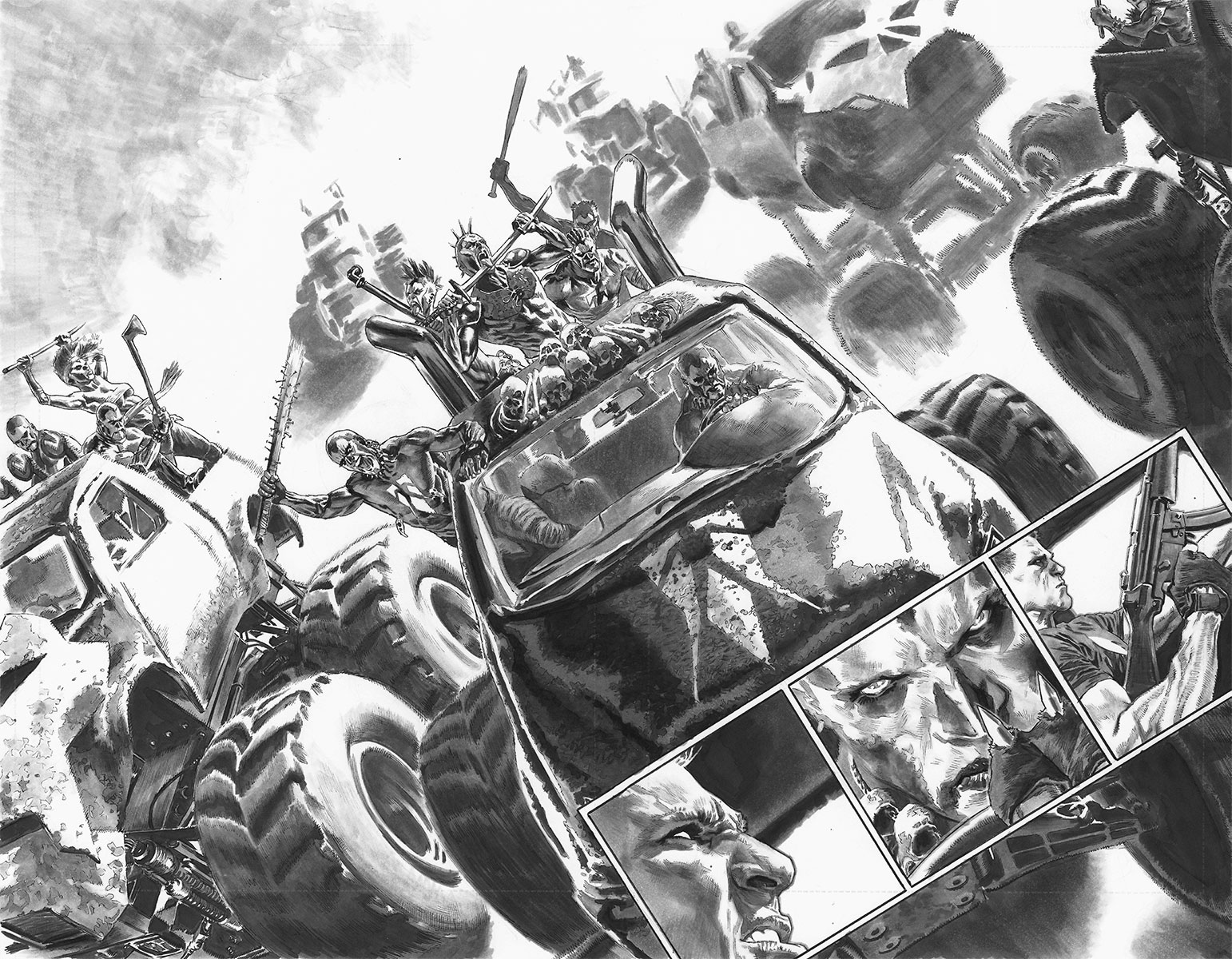 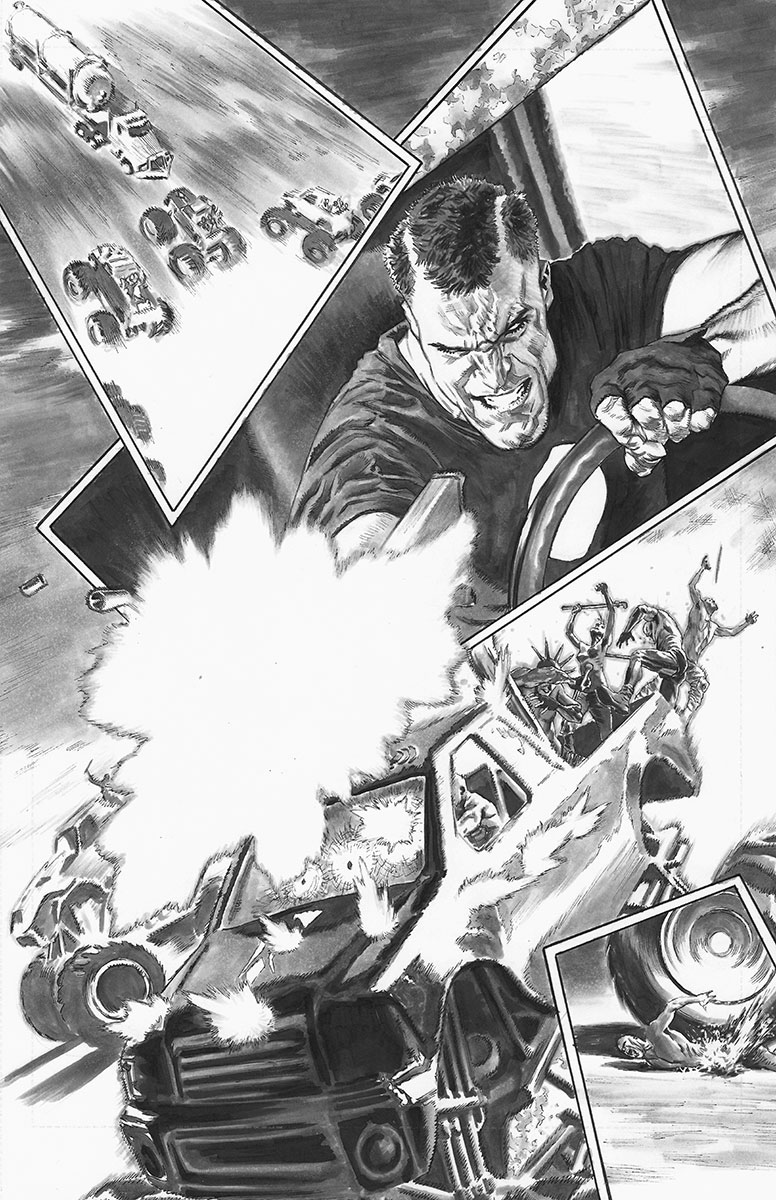 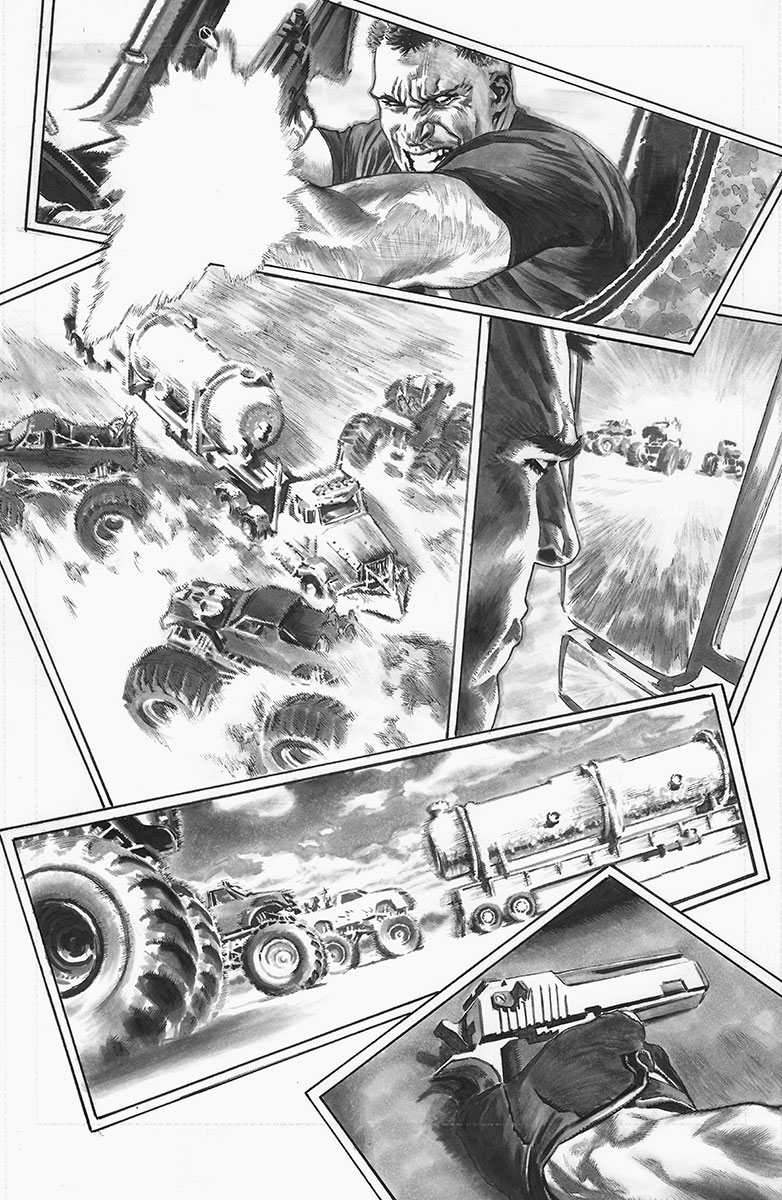 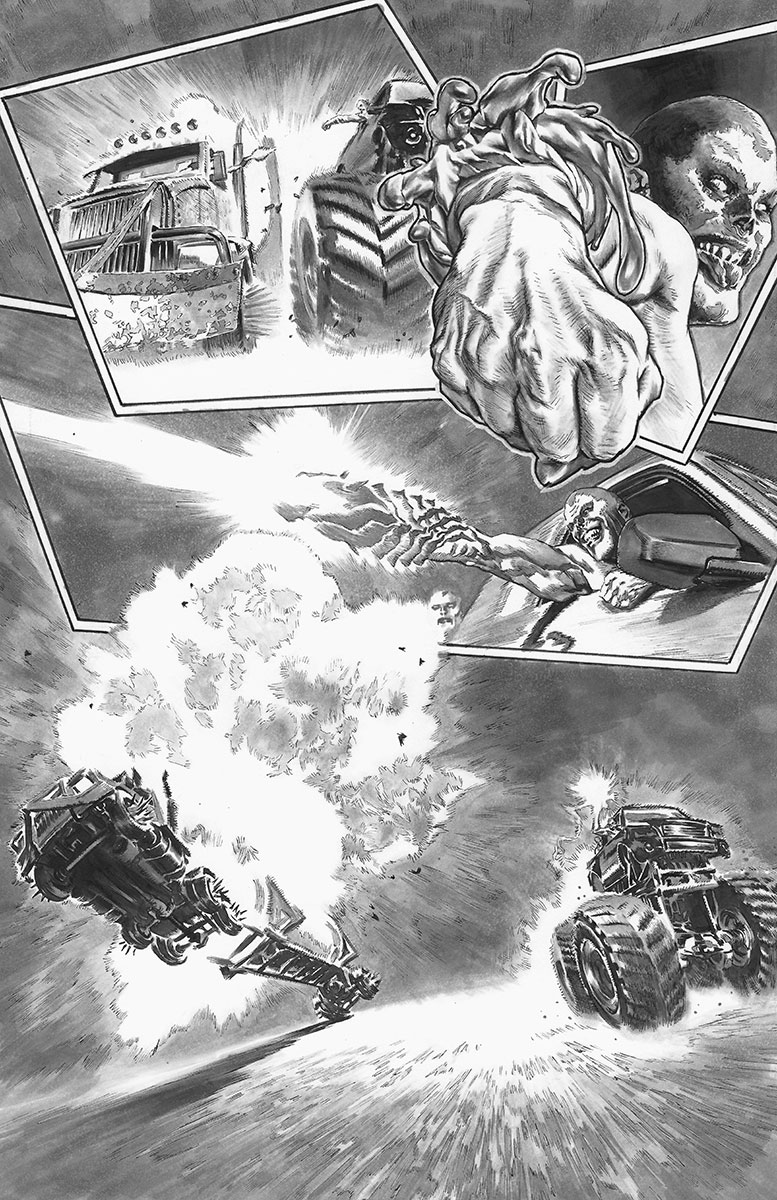 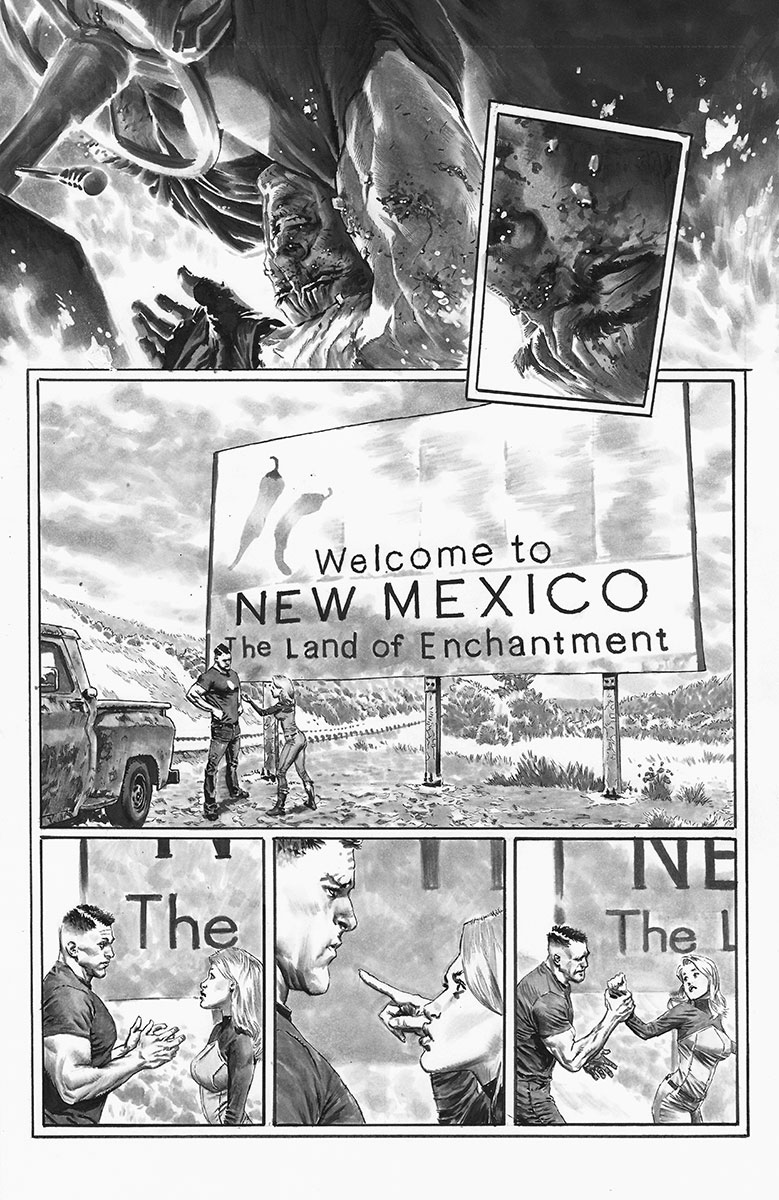 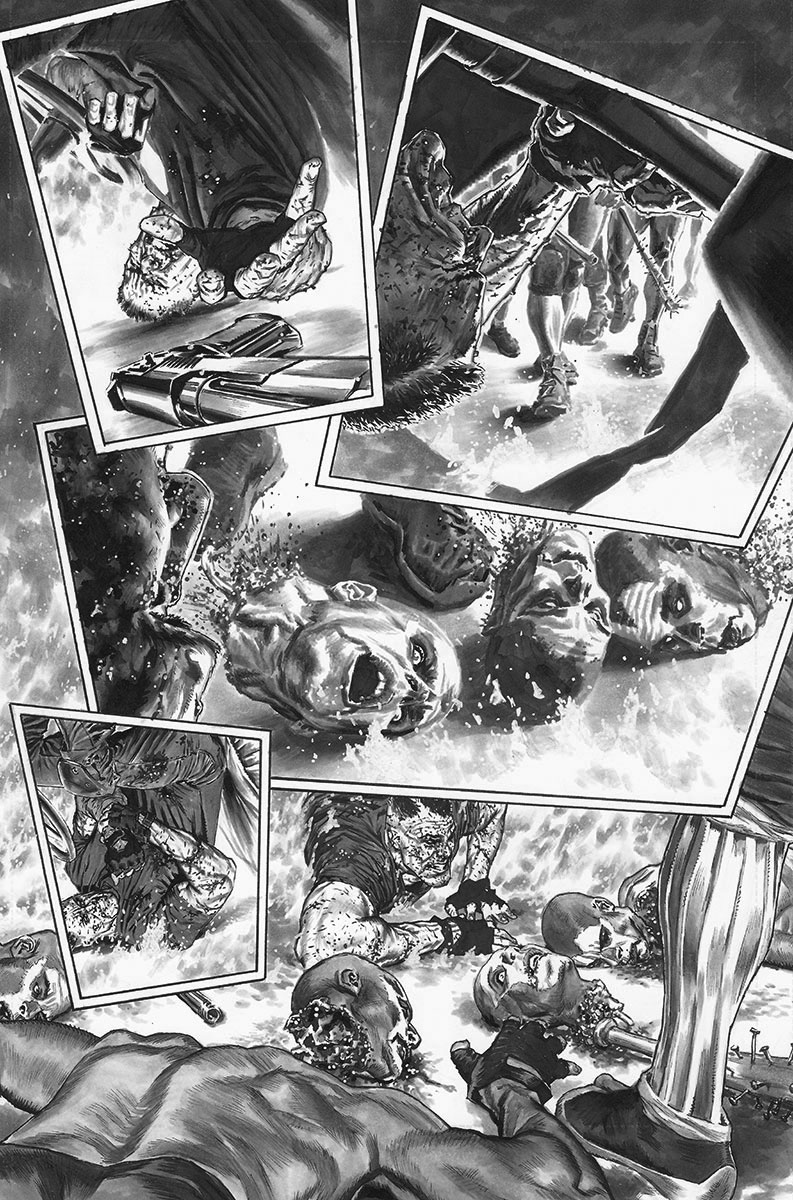 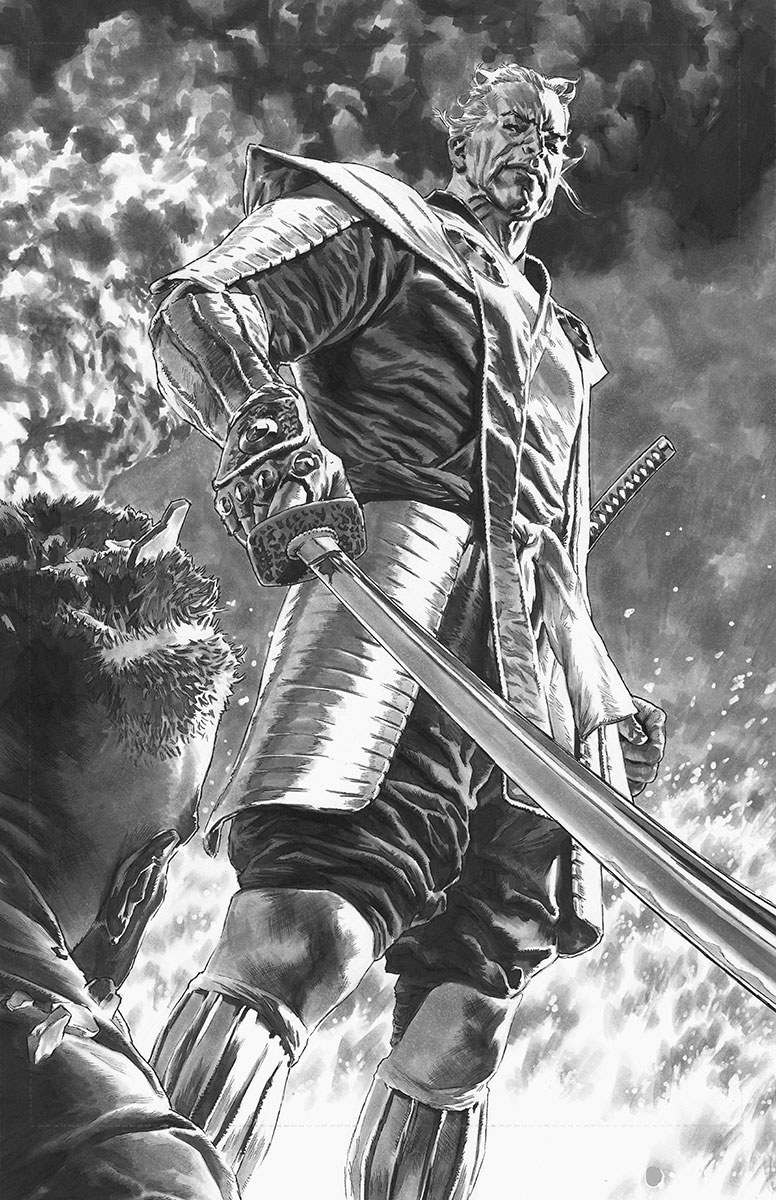 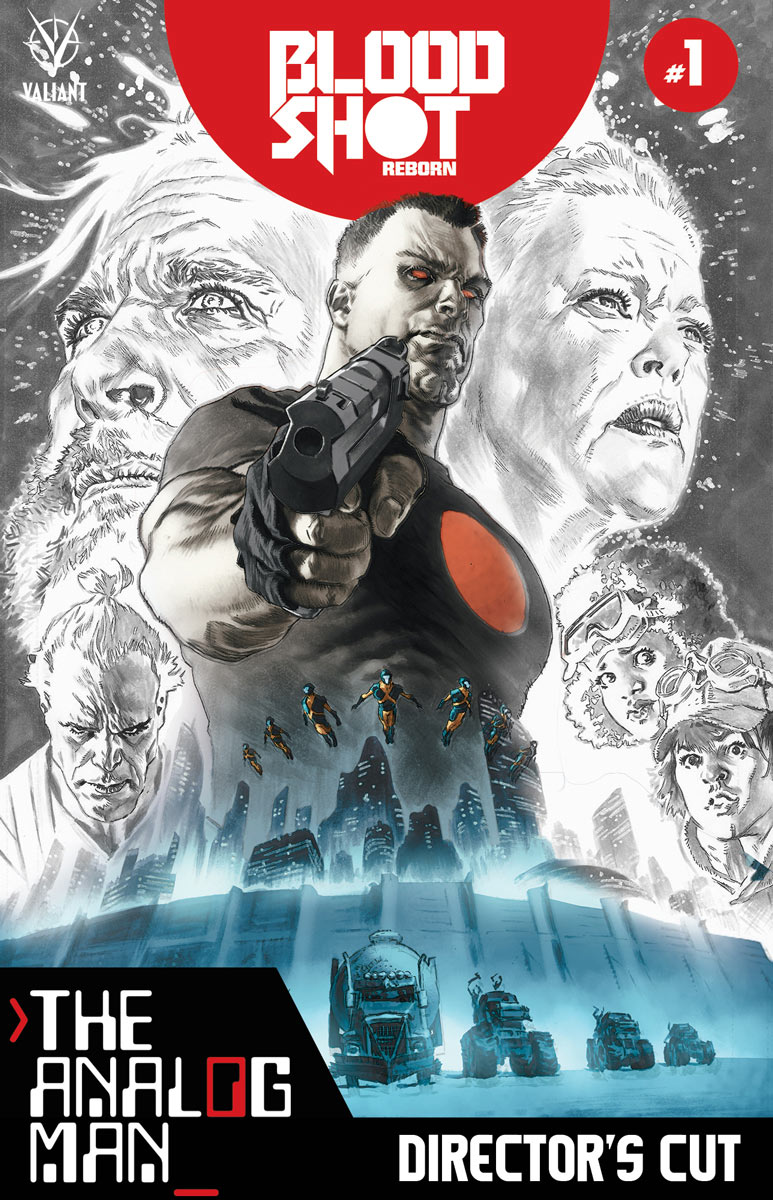