Be careful what you wish for! Kolchak, the irrepressible Night Stalker, wants proof that monsters exist—and Dan Shamble, Zombie P.I., lives in a world where he solves all sorts of everyday crimes among monsters. And when a rogue trio of hoodlum genies decides to use dimensional doorways to dump magical toxic waste, and an unwitting nerdy werewolf kid as their bagman, Kolchak and Shamble find themselves in a hilariously confused situation.

**RETAILER INCENTIVE: retailers ordering 4 or more of the regular cover(A) of Kolchak/Dan Shamble, can order any amount of Cover B by Woodrow Hinton lll they want.

Kolchak: Dawn of the Demons,

The country is slipping away.

The signs are all around you: Mass surveillance. Police militarization. Income inequality. Drugs. While investigating an explosion at a street protest, journalist Carl Kolchak uncovers the hidden, demonic origins of modern America. Can he get the story before the country is lost forever? And even if he does—will anyone care? Learn the answers in Kolchak: City of Angels & Demons

From tell-tale hearts and premature burials to black cats and the Red Death, reporter Carl Kolchak grapples with deepening horror and madness as events from Edgar Allan Poe’s tales of mystery and imagination come to life in modern-day Baltimore. Kolchak teams with a street magician who performs tricks and escapes inspired by Poe to expose the supernatural power bringing the author’s deadly visions to life and solve a series of terrifying occurrences, disappearances, and murders.

In PENNY DREADFUL: killings in LA appear to be copycat murders based on the Tate-LaBianca
slayings. Kolchak meets Domino Patrick (daughter of the original Domino Lady) & learns that the killings are the work of one of the Manson girls.
In TIME STALKER, Dan Sutton encounters Janos Skorzeny in 1943, and is attacked by the vampire just as he begins the transformation into the pulp hero Zero. This propels him and Skorzeny forward in time.
Sutton meets Kolchak & they track the vampire.

Strange visitor from another planet, Bennu, and Kolchak investigate a murder case where the main suspect’s alibi is alien abduction! Kolchak doesn’t believe the suspect and has no idea who or what Bennu is, or why he wants to solve this murder! 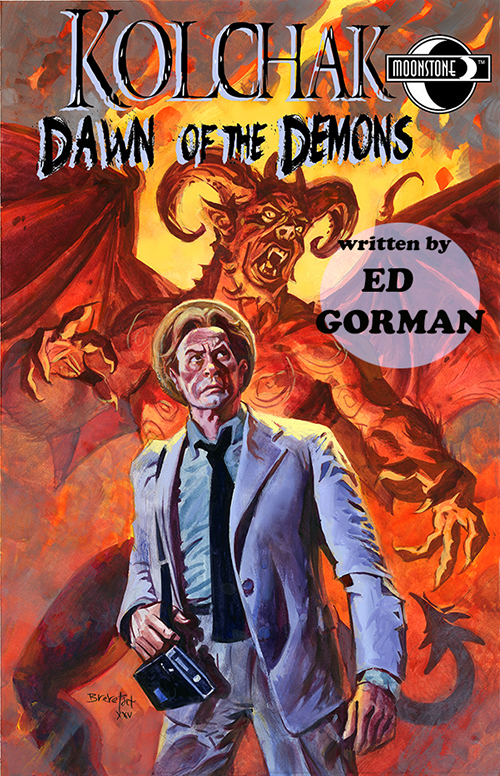 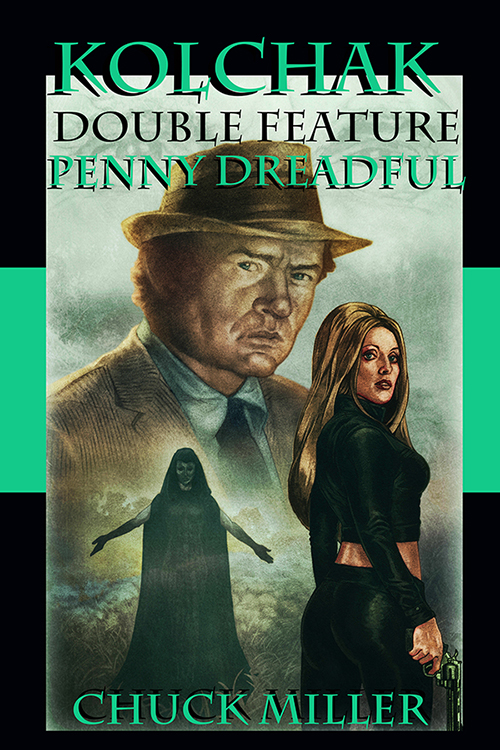 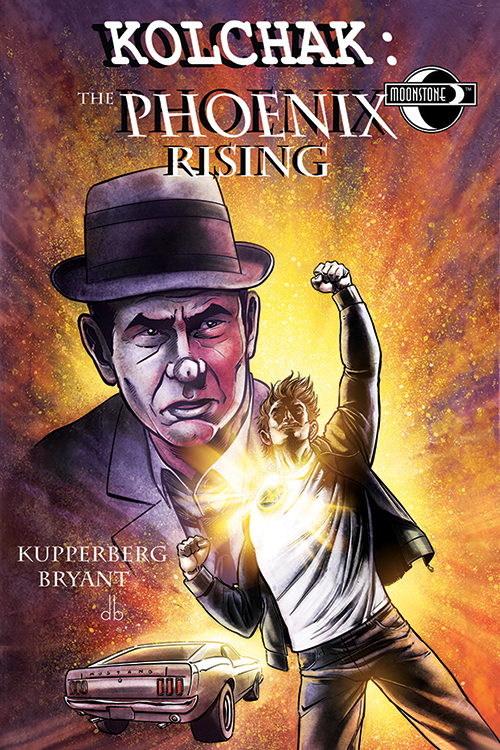 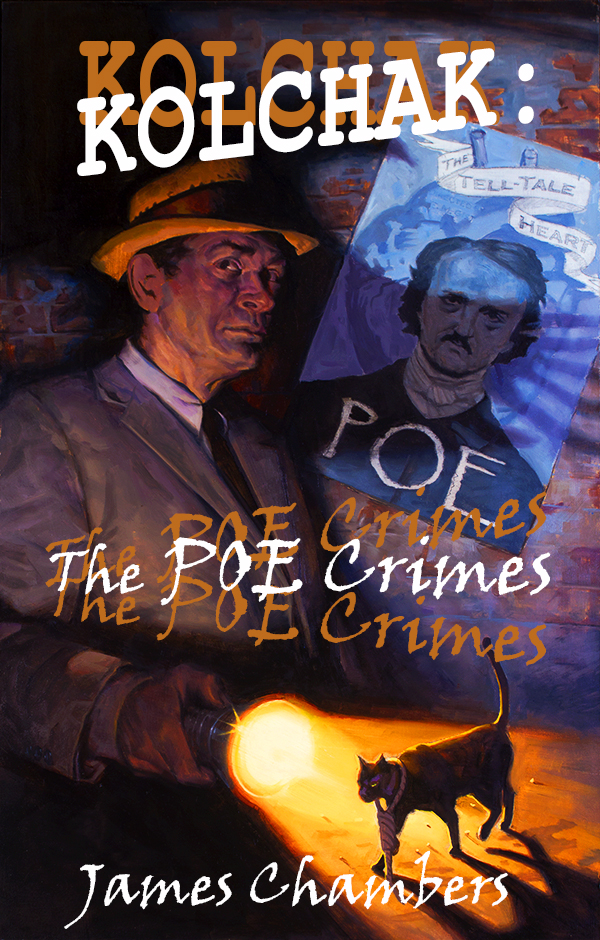 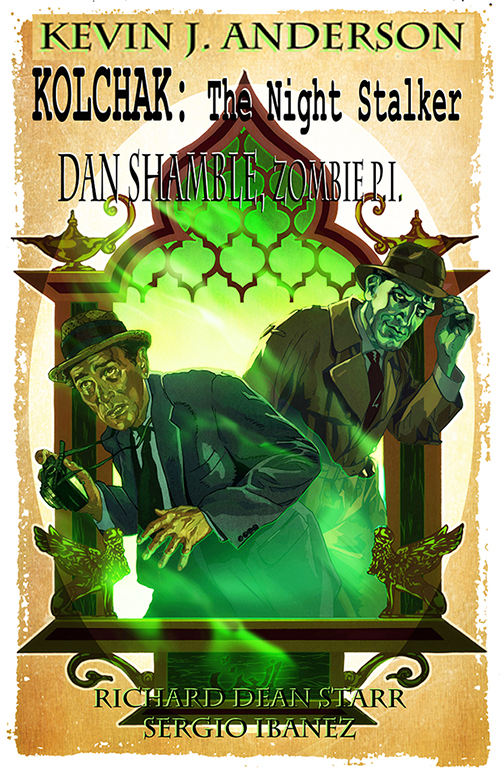 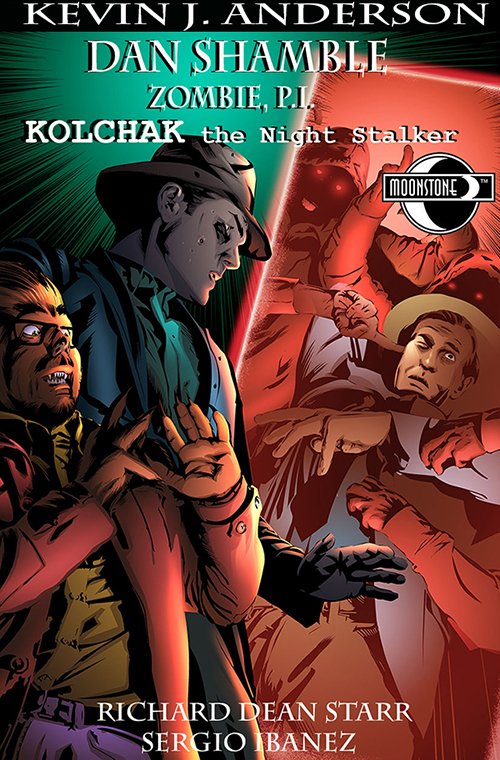